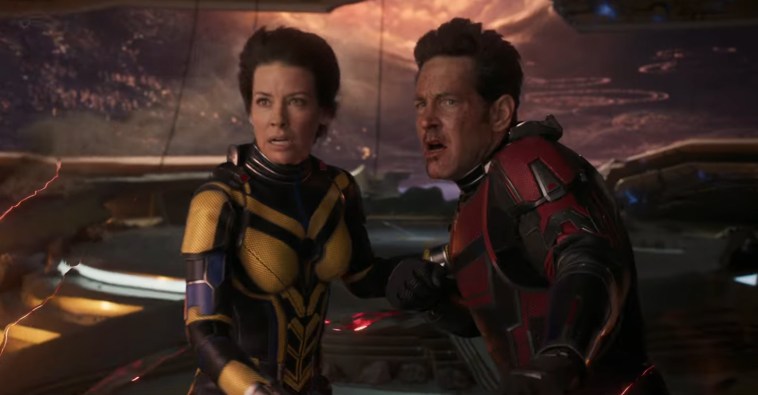 If there’s one lesson we can all glean from the Marvel Cinematic Universe, and cinema in general, it’s not to experiment with things in your secret lab without first consulting others. Of course, Ant-Man’s daughter is too cool to know that rule, and so in Ant-Man and The Wasp: Quantumania it ends up sucking everyone into the Quantum Realm and — well, if you want a ton of spoilers of who’s going to be in the movie, then go ahead and watch the official trailer.

OK, so the inclusion of Kang the Conqueror (Jonathan Majors) isn’t exactly a spoiler for anyone who has been paying attention to casting, but a full villain reveal in a trailer is somewhat rare for the MCU. Of course, this isn’t Mr. Conqueror’s first appearance in the MCU as he debuted in Loki, but that wasn’t this Kang (except for his statue, probably) and the ramifications of Loki’s actions are clearly going to impact the MCU in a big way. It’s interesting such a big setup is taking place in Ant-Man and the Wasp: Quantumania since the films traditionally functioned as a breather for the MCU, but obviously Ant-Man’s role has only increased as the trailer comedically points out.

The film sees the entire Ant-Man crew return with Paul Rudd shrinking (and maybe growing) once again as the titular hero and Evangeline Lily returning as the other titular hero. Then you’ve got Michelle Pfeiffer and Michael Douglas returning as the previous Ant-Man and Wasp and, of course, Cassie Lang, who will probably end up as some sort of superhero by the end of it all as well. They all get sucked back down into the Quantum Realm, which looks like one of the trippier places in the MCU but also turns out to have an entire universe of people living in it, including Kang, who offers Ant-Man the chance to return everyone to the real world if only he’ll bring him along. I’m sure that will work out.

Ant-Man and the Wasp: Quantumania will release on February 17, 2023.