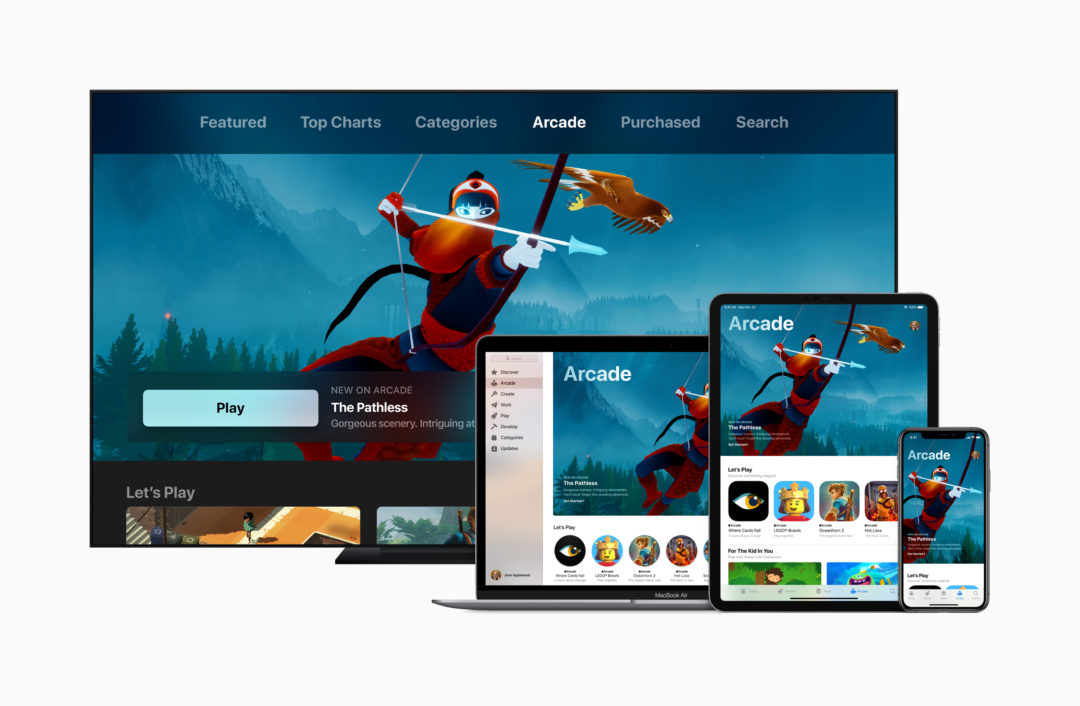 Apple is betting the farm on video games! Again! Joining a rich lineage of gaming-centric products both successful — iTunes games in 2005 eventually turning into the massively influential App Store — and tragic with oddities like the Pippin console, Apple has a brand new plan to conquer the industry. During a March 2019 Apple Event, the hardware and software company revealed Apple Arcade: a game subscription service spanning across Mac, iPad, iPhone, and Apple TV. While not a streaming service, Apple Arcade is accessed through the App Store and lets you download any selection of titles for a monthly subscription fee, the amount of which remains undisclosed. Apple Arcade opens for business at the end of2019.

Per a press release: “Apple Arcade will feature over 100 new and exclusive games including original releases from renowned creators Hironobu Sakaguchi [Final Fantasy, Chrono Trigger], Ken Wong [Monument Valley], Will Wright [The Sims], and dozens more. With the simplicity of a single subscription, Apple Arcade will bring a handpicked collection of titles that are all-you-can-play, have no ads, ad tracking or additional purchases, and respect user privacy to the App Store’s more than 1 billion gaming customers. Every game will be playable offline, and because subscribers can play Apple Arcade games across iPhone, iPad, Mac, and Apple TV, they can pick up where they left off in a game, even if they switch devices.”

Still, Apple is withholding important details. Just to name a few: revenue share for developers is still unconfirmed despite Bloomberg reporting that earnings will be based on time played, first party controllers weren’t addressed (the service will support controllers but didn’t specify if they were first party), and of course, a more concrete release date.

I’m admittedly intrigued by Apple Arcade. While yet another subscription service/storefront is irritating, Apple can easily win me over by simply making and producing quality games. We’ll learn whether Apple can accomplish this objective in the months to come. Stay tuned.