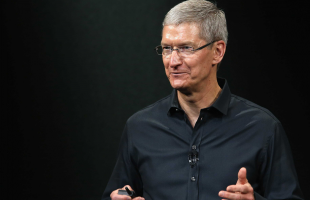 Both companies sold at least 70 million smartphones in Q4 2014.

Apple and Samsung have been the top two smartphone makers in the world for years now, thanks to the success of the iPhone line, and the Galaxy family (Galaxy S and Note included). But the one-two positions have been firmly Samsung-Apple for just as long.

But the order might have just changed, if earnings reports are to be believed.

Apple on Wednesday revealed its Q4 2014 (also known as Q1 FY2015) earnings numbers, including a massive profit of over $18 billion. That profit was driven by one product category above all else — mobile — as Apple said it sold 74.5 million iPhones in the three-month span. That’s a 46 percent improvement over the same quarter in 2013.

Samsung also reported financials for the same quarter, and the numbers were vague, if anything. $4.8 billion in profit across the company (with $1.8 billion coming from the mobile division) isn’t as staggering as the cash pulled in by Apple or Microsoft ($7.76 billion), but the key statement? Samsung shipped 95 million handsets in Q4 2014.

Emphasis added intentionally. For starters, shipped is different than sold, and Samsung used the former, while Apple used the latter. Second, handsets is all-encompassing, as it includes smartphones and featurephones (or dumbphones, depending on your perspective). Samsung did say that 71 to 76 million of those handsets were smartphones, but there’s still the question of shipped versus sold.

Without more specific numbers from Samsung, this is likely too close to call. But the 46 percent jump for iPhone sales in the holiday season bodes well for Apple, which is no longer a concrete number two to Samsung’s gold medal. As for Samsung, it’s looking to rebound in mobile in the near future by refocusing on both cheaper phone sales, and by redesigning its flagship models (see: using material other than plastic in its Galaxy S lineup).