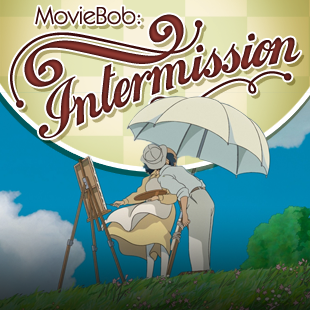 NOTE: This piece includes spoilers for The Wind Rises

Hayao Miyazaki’s The Wind Rises finally gets it’s English-language wide release in the U.S. this week, over seven months since bowing in it’s native country and making the rounds of the arthouse/festival circuit (in the original Japanese) to qualify for Best Animated Feature Oscar nominations. Miyazaki is Japanese Animation’s lone universally-celebrated auteur, an industry titan and still effectively the only Anime creator whom cineastes outside otaku fan-culture are expected to at least have heard of.

But “WIND,” declared by a supposedly retiring Miyazaki to be his last feature, arrived under the unfamiliar (to this particular filmmaker, at least) shadow of public consternation. The film is a heavily fictionalized biopic of Jiro Horikoshi, the revolutionary aviation engineer who supervised the (largely ground-up) creation of a modern Japanese air-force for World War II; and anyone with a passing familiarity with Japanese culture can tell you that any work dealing with that period still hits dozens of raw nerves in a nation that in many respects has actively resisted coming to grips with the reality of the war.

The film presents Jiro as a starry-eyed dreamer who wishes only for the chance to design the beautiful flying-machines of his boyhood dreams (where he imagines Italian aviator Gianni Caproni as a personal spirit-guide) with a gauzy, detached regard for the fact that what he’s building are weapons of war. In a wholly-fictional secondary plot, He also has a doomed romance with an inspirational young waif slowly dying of tuberculosis. In domestic release, the film encountered criticism from all corners, with nationalists slamming the film for taking even a vague moral stance against war-fighting while the other side bemoaned its (typical) lack of specific reference to Japanese war-crimes during that period.

But whereas dust-ups like these rarely spread beyond the dense web of contradictions, guilt and pride that is the Japanese Cultural Psyche concerning WWII, this one managed (along with touching off vocal condemnation from South Korea) to cross over into the conversations of Western movie journalism. In one of the more widely-reported instances, journalist Inkoo Kang – Film critic for The Wrap, Village Voice, LA Times and News Editor of Indiewire’s Women and Hollywood blog – rose to read aloud a statement condemning the film during the Boston Society of Film Critics’ Awards Voting prior to the vote for Best Animated Feature, which read in part:

“Miyazaki’s film is wholly symptomatic of Japan’s postwar attitude toward its history, which is an acknowledgement of the terribleness of war and a willful refusal to acknowledge its country’s role in that terribleness.”

The film still won, but the vocal dissent and the debate it was reported to have touched off got picked up in the roaring end of year Awards Season news cycle, and a follow-up editorial for The Village Voice expanding on her criticism made Kang a focus of backlash and internet outrage.

Now, on the occasion of the film (now nominated for an Academy Award) finally making its U.S. debut, I caught up with Inkoo Kang (in the interest of full disclosure, we are professional colleagues in the Boston Online Film Critics Association) to interview her about her further thoughts on the film, Miyazaki, the ongoing debate and the backlash against the film’s critics:

Moviebob: Were you expecting the level of backlash you got for raising these concerns about the movie?

Inkoo Kang: Yes. Miyazaki is a (deservedly) beloved auteur, and visionaries like him tend to command a great deal of loyalty and fanboydom. I mean, I mostly just got called an idiot online — an occupational hazard for film critics. But I was definitely surprised that people cared enough about my opinion to report it on Indiewire, Deadline, The Verge, and a smattering of animation news sites.

Among the backlash parties, there was 1. the fanboys, 2. champions of apathy “who cares about this,” and also 3. people who thought none of this stuff was worth discussing because art is only for art’s sake. That’s the group I find most frustrating. Obviously we’re all influenced in one way or another by the media and the movies — to pretend otherwise is utterly absurd.

And also, Miyazaki himself is trying to send a political message through this movie. So is none of that worth discussing, either? 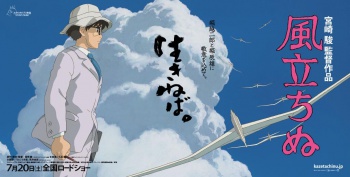 MovieBob: So do you feel that the negative reaction of (mostly Western) film buffs was more about “How dare you criticize The Great Hayao Miyazaki??” rather than some kind of “defense” of Japanese wartime activities?

Inkoo Kang: I definitely think there was both. Miyazaki has a solid reputation as a “liberal” (a pacifist and maybe a feminist), so for me to point out the ways his film perpetuates mainstream Japanese culture’s war-crime denial was probably jarring for some.

There are also the people whose attitude was basically, World War II was 70 years ago so get over it. But obviously time doesn’t heal all wounds. If it did, the Japanese government wouldn’t continue trying to rewrite history.
The guy interviewed here had a “get over it; it was 70 years ago” attitude.

MB: You’d be hard pressed to find Americans who don’t know, at least by osmosis, that Japan was “one of the bad guys” in WWII, but do you think most people are aware of just how profoundly present-day Japan continues to ignore it’s actual activities during the war?

IK: Absolutely not. That’s a big part of why I wanted to write that piece — to contextualize a Japanese film in a Japanese cultural and Asian historical context.

For most Americans, WW2-era Japan is probably remembered as America’s victim. Japan is the only country ever to have an atom bomb dropped on it during wartime and, of course, Japanese-Americans were interned. Those are terrible tragedies — don’t get me wrong. But focusing on that America-centric perspective of Japan helps the Japanese government perpetuate the narrative that Japan was a victim in WW2, not the instigator. The continuation of that self-pitying narrative of wartime victimhood is what angered me about THE WIND RISES. To be sure, ordinary Japanese citizens suffered too during WW2. But that’s no reason to cling to a wrong or incomplete narrative of history that denies the Japanese military’s war crimes.

MB: Would you say that America has abetted Japan’s whitewashing of its own history, even as we continue place them as villains in war films?

IK: I can’t really answer that question except to say that the victims of the Japanese military we tend to see in American movies are Americans, not Koreans or Chinese or Filipinos or Taiwanese or [name an Asian country]. Hollywood certainly has no responsibility to make movies about Chinese victims of Japanese imperialism. I’m just trying to call attention to which narratives we see over and over — and which we don’t.

MB: Some have argued that, because the film is narrowly focused on Jiro and his planes, it has no responsibility to show other, darker aspects of Japanese war activity of the time. In your opinion, are there elements that WOULD have fit that narrow focus that it also ignores?

IK: I don’t think it’s a critic’s job to guess what scenes or images a filmmaker should have put in. But I think the critique that the film is so narrowly focused on Jiro and his planes that there isn’t room for any other atrocities is missing the point.

First of all, as I wrote in my Voice article, there are already scenes in that movie that portray Japan as a victim of military aggressors — of Germany, of China, of the USA. Second, Miyazaki clearly intended the film to be a commentary on Japanese wartime history. He’s stated exactly that in studio-approved publications. 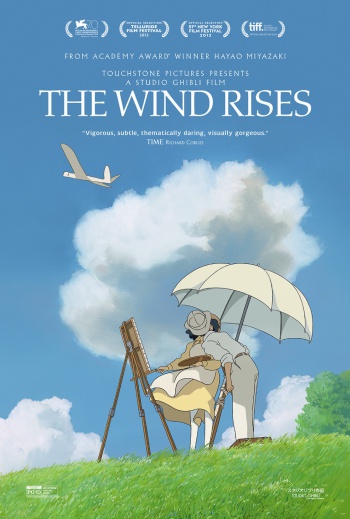 Miyazaki is also a well-known activist for the comfort-women cause. So trying to get his Japanese audience to delve deeper into the true nature of their own history was clearly part of his intent. My point was that he doesn’t go far enough, either because he felt he couldn’t (he’s already been called a traitor by some right-wing nationalists) or because he didn’t want to. It’s that final hurdle – of getting beyond Japan’s self-victimizing stance — that the film can’t fly over (bad pun intended).

I hope it is obvious from my words that I am pretty sympathetic toward him as a filmmaker. I don’t think he’s the devil or anything. The issue is telling history correctly, responsibly.

MovieBob: That’s part of what I found sad (but not surprising) about the blowback – your actual point being largely ignored in favor of defending Anime’s most sacred of sacred cows from an “attack” that wasn’t happening.

MB: Stepping away from (these) politics for a moment, Miyazaki is widely praised for his female characters. What did you think of the main female lead in the film?

IK: Wan in every sense of the word. She’s only there as yet another example of Jiro’s love of “purity” — their love is so deep they never even have sex.

MB: She might as well be another imaginary friend, like Caproni (for the record, I wasn’t a fan of the film – very much on the lesser end for Miyazaki). She exists only to trigger inspiration, drift in and out of the plot like a living ghost, and die. It’s kind of shocking, coming from THIS particular filmmaker.

IK: Oh, I thought Caproni was great, though.

MB: I liked Caproni up until it crept into my head that his presence makes Jiro feel like an outright detached sociopath; complete with imaginary buddy who justifies all his impulses and shoots down self-doubt.

IK: Ha, well, but Jiro is kind of an outright detached sociopath.

MB: Was the backlash for this the harshest you’ve recieved, as a critic?

It was interesting to see how some readers used my ethnicity or citizenship as an excuse to dismiss my argument. Some claimed that, as a critic of Korean descent, I would naturally be anti-Japanese. Meanwhile, a commenter on a Spanish-language animation-news website dismissed my article as typical American propaganda.

MB: Did you hear from any actual Japanese ultra-nationalists, i.e. folks who deny that things like The Rape of Nanking even happened?

IK: Nope. But the movie came out in Japan a while ago. They’ve probably moved on now.

MB: Final Question: Do you think that more traditional “art for art’s sake” criticism and criticism that approaches social/political elements of a work like yours in this case can meaningfully coexist, or will one always be attacking the validity of the other?

IK: I don’t see why not, as long as both sides are civil.

Inkoo Kang is a film critic whose work appears in The Wrap, The Village Voice and The Los Angeles Times. She is also the News Editor for Indiewire’s Women and Hollywood blog, and can be found on Twitter as @Thinkovision.