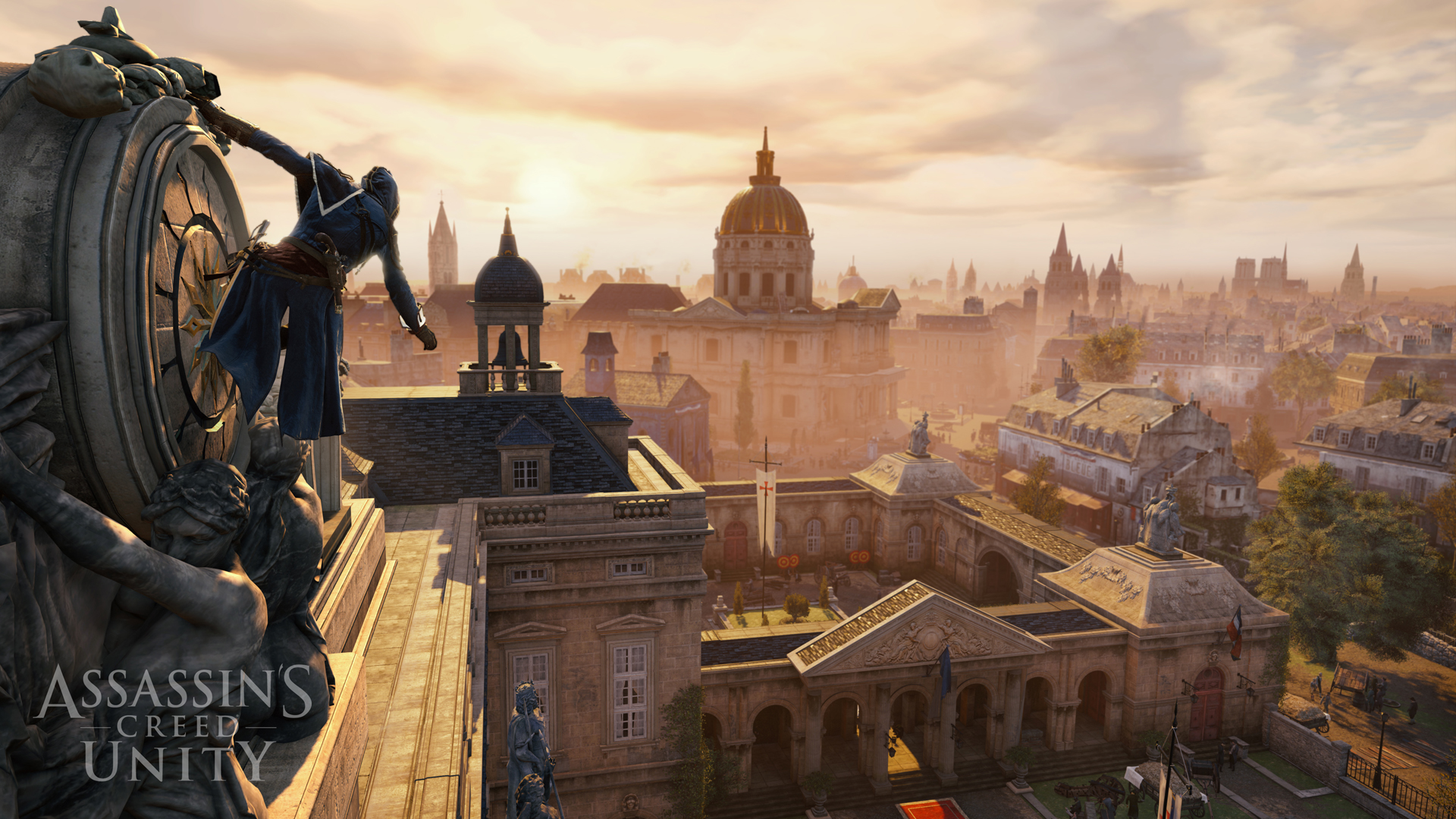 Assassin’s Creed Unity was designed from the ground up with two core ideas in mind. First, it must be a next-gen game. In order to take full advantage of the new hardware, you can’t be working within the limitations of the previous generation, so a purely next-gen Unity has been in the cards from the outset. Not only did Ubisoft start with next-gen in mind, but the idea of cooperative play has similarly been there since Unity‘s genesis. Having seen cries from the players for co-op play basically since the beginning, Ubisoft took the hint and started working towards an AC concept that would allow it. With the game’s various systems, like guards’ lines of sight, being incapable of accounting for more than one assassin, it’s no surprise that the game has taken upwards of four years – and three other AC titles shipped – to finally debut. According to Senior Producer Vincent Pontbriand, Unity “feels like the first one all over again,” noting that Ubisoft wants to once again redefine action-adventure for the new generation.

While Unity is the first fully online title in the series, it’s not all about the co-op. In fact, the co-op missions have their own sort of storyline (not necessarily a cohesive plot like you see in the core story missions, but a progressive sequence of occasionally inter-related missions) and you can’t actually make single-player story progress while playing multiplayer. The SP story missions are going to largely be “black box” missions, such that you are introduced to a scenario, given an objective, and then set loose to complete the objectives with your own personal touch.

Many of these missions will even offer up some missions stats before you dive in, listing how many physical entrances there are to the interior of the building, for example. Additionally, it’ll let you know if there are Unique Kills available, or secret routes that you can uncover. This freedom is part of an attempt by Ubisoft to “give ownership of the main character to the player,” according to Benjamin Plich, lead game designer for online. Another bit of dynamism in Unity is the “Adaptive Missions Mechanics” idea that’s been integrated across the entirety of the game. Failing a mission step, getting frustrated, making mistakes, and failing it again “becomes a negative loop,” says Pontbriand, continuing, “What the players do to meet their objectives needs to be as open as possible.” So the team developed a scheme to allow just that across a variety of mission types.

If you’re on a “tail” mission, where you’re required to stealthily follow a target, but he spots you and runs, the mission objective dynamically changes to become a “chase” mission, where you’re just required to not let him get away. Then, Pontbriand says, “if you lose sight of him because you got distracted… it will systemically become a location mission.” The missions evolve based on your actions in game, so you’re never stuck in an endless fail/restart cycle.

The hands-off demo we saw was a single-player mission, in which you’re required to assassinate a well-guarded target inside a church. There are heavily armed soldiers everywhere, and fighting your way in and out would require an impressive amount of talent and luck, so subterfuge is your best friend. You have the option of simply trying to sneak into the church unnoticed, but that may prove too difficult as well without any assistance, In the demo, the player scouted the area looking for points of interest. He spotted a man taunting a priest, holding a set of keys far out of reach, so you know this gentleman has keys that might be helpful. He also spotted the target’s liaison, who you can stealthily assassinate, and take his place for the meeting, giving you a prime opportunity for murder.

After a few minutes of investigation, the player went off to execute his plan. He followed, isolated, and murdered the liaison, creating the opportunity for the meeting. Then he doubled back to the town, found the hooligan that stole the clergy’s keys, and pickpocketed them, further demonstrating the options available at every turn. A brawl would have been my approach here, without a doubt. Sneaking along the rooftops, he found his way to an upper entrance to the church which he unlocked with the newly acquired key. Of course, if he had the lockpicking skill, it would have been a simpler matter, but that’s why the skill tree offers tough choices along the way. 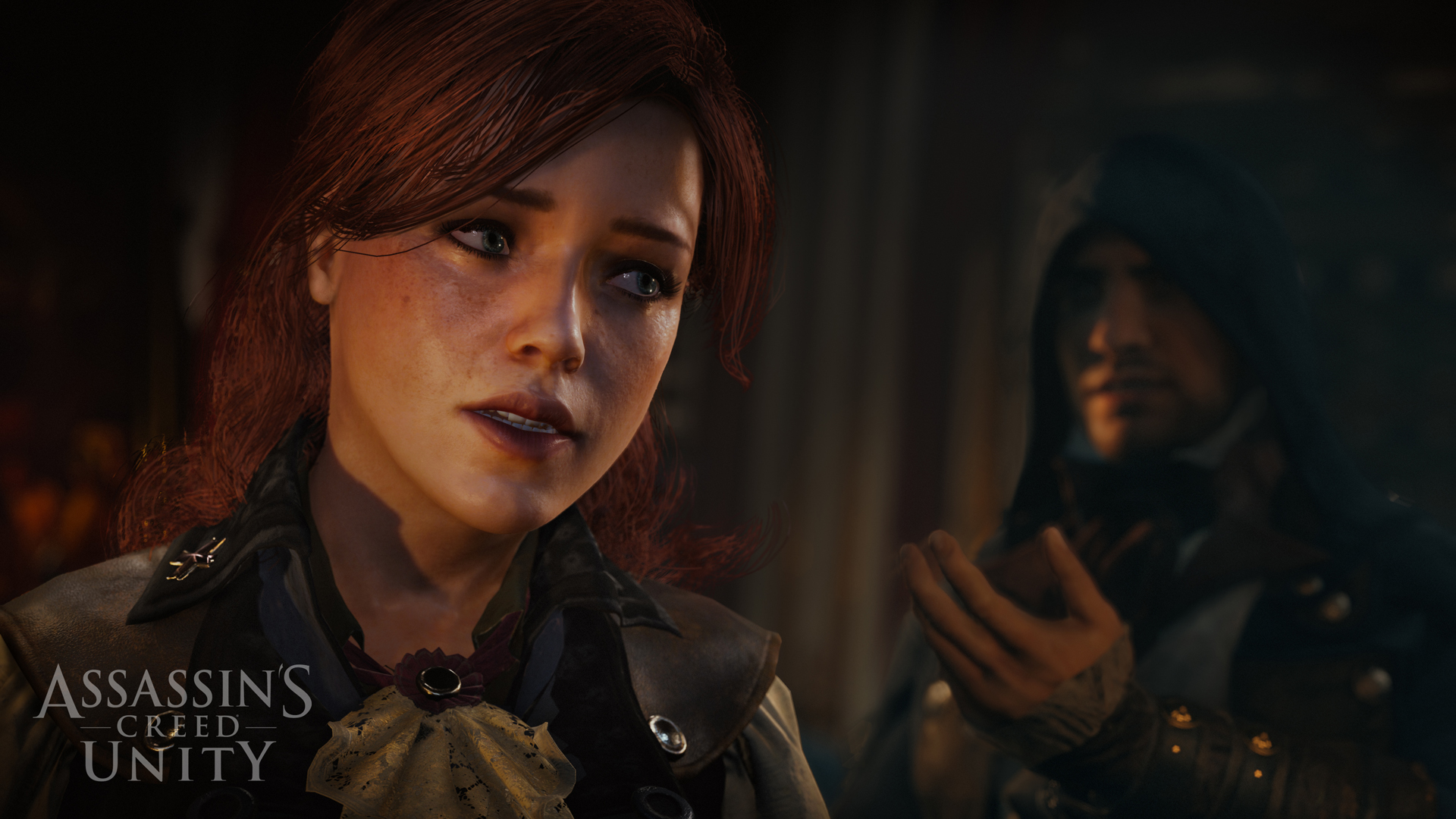 Finally, he infiltrated the church, made his way to the confessional, and waited for the target to show up for the meeting. After a flash of a hidden blade, you see cinematic glimpses into the background of the situation. This is a special lore/story treat reserved for people who put in the extra effort to solve these scenarios in the most cunning way possible. If you just brute force it, you won’t get the exposition on what led up to this event. This should definitely help motivate the story-driven players to find more creative ways to complete missions. Then, of course, things got hairy. He was spotted exiting the confessional, assaulted by several guards, and eventually slain by his attackers, which speaks volumes to the difficulty of the mission.

The hands-on demo showcased the co-op play, and I was fortunate enough to have a member of the team sit across from me and guide me through the mission. The co-op experience is definitely something that experts will have a ton of fun with, although they seem to require an excessive amount of patience for either tomfoolery from your allies, or simply waiting for the right moment to strike.

Starting in a graveyard, we were required to get underground, collect an ancient relic, and escape. Simple enough, right? With multiple guards standing over the entrance to the area we needed to reach, we took to the roofs, air assassinated a couple of stand-alone guards, and went about creating distractions. Once we caught the attention of the other guards, we circled behind them, and snuck downstairs. From there, it was twisting tunnels, occasional patrols, and even some locked doors, where I really got to shine with my lockpicking skill. After dispatching another few guards, we liberated the relic, and made our escape. It was relatively straightforward, but I was in the hands of an expert, who I’m sure has completed the mission a hundred times or more. 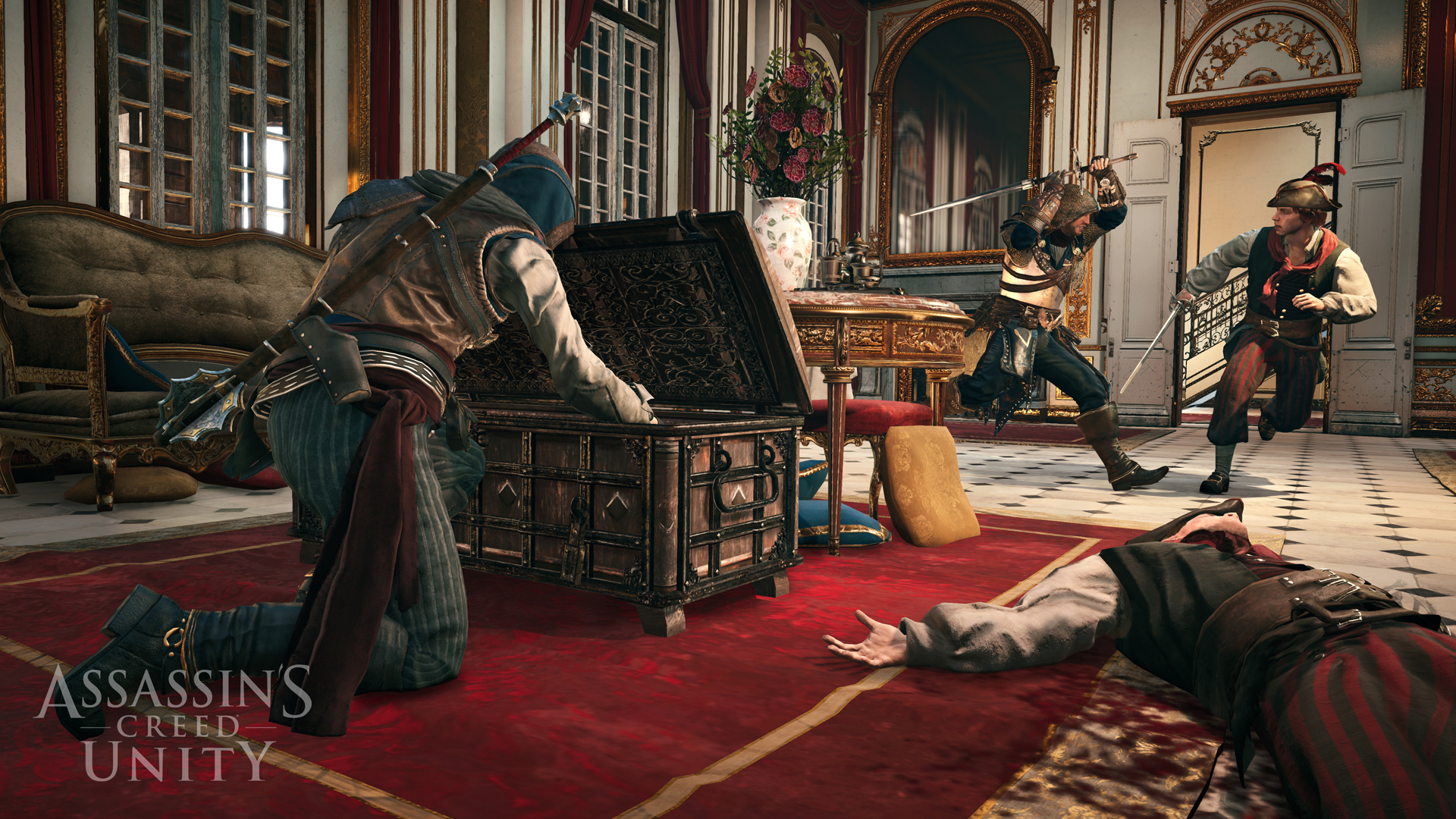 With that in mind, even he didn’t know exactly where everything was going to be. It turns out, in order to ensure replayability for the co-op missions, while the objective will be the same, each time you play it, there are various elements – locked doors, barred doors, guard locations, and chest locations – that are randomized for each instance. As before, there are skill points for Arno as well, which you’ll be able to sink into one of several trees. There aren’t branching paths, and you’ll eventually get enough points to unlock every skill, but for non-maxed-out characters, it can be hugely beneficial to bring complementary skill sets to the table for co-op missions. One person can take lockpicking, while another may take the improved Eagle Vision. By specializing your players differently, you’ll be able to find whole new ways to approach the missions.

Unity is gorgeous, as you might expect from a next-gen-only title. The Adaptive Missions Mechanics setup is amazing, especially for players like myself who often took five tries to successfully stalk a target without being noticed. Having the option to play as a brazen killer or a shadowy assassin will open up avenues of play for players of all different stripes. If you’ve been looking for co-op AC, this is where you’ll want to be, but, despite the randomized mission elements, I’m not sure how much staying power the co-op is going to have. I only saw one of the shorter 10-minute missions, however, and they apparently go up to over an hour in length, so these deeper missions may well have just what it takes to keep players engaged for the long haul. I’ve got minor reservations, but overall, I can say with some confidence that Unity is going to bring the Assassin’s Creed franchise to new heights in graphics and gameplay.

Assassin’s Creed Unity is under development by Ubisoft Montreal, and will be published by Ubisoft. It is slated to be available on Xbox One, PS4, and PC, with a launch date of October 28.