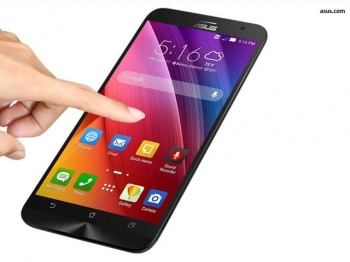 ASUS is integrating AdBlock Plus into its smartphone and laptop browsers, blocking most advertisements by default.

Ad blocking has always been something of a touchy issue on the internet. On the one hand, bandwidth isn’t free. Websites must generate income to pay the bills, or else content we love disappears. On the other, ads can range from being annoying and obtrusive, to downright depositing malware on your PC. This climate fueled the growth of an entire market that hates most advertisements – a market ASUS plans to tap into. In a recent announcement, the electronics manufacturer revealed AdBlock Plus will be built into all its products by default, blocking the majority of ads from day one.

“We’re extremely happy to team up with Asus, the first major hardware manufacturer to integrate ad blocking into their mobile devices,” AdBlock Plus CEO Till Faida told Motherboard. “This is another call for innovation in the ad industry – a call getting louder by the day.”

In short, anytime you buy a new ASUS smartphone or laptop, AdBlock Plus will be bundled into its proprietary browser. This blocks any advertisements which are not featured in AdBlocks “Acceptable Ads” program. The program is basically a whitelist of vetted advertisers who don’t use malware and produce relatively unobtrusive ads. Getting on this whitelist takes about ten working days if you meet the requirements.

By itself, ASUS’ partnership with AdBlock Plus isn’t earth-shattering – its estimated browser market only covers 15 million users. But making AdBlock a default at all suggests advertising standards are changing in a huge way. Earlier this year, we saw Firefox crack down on Adobe Flash, the platform responsible for most web advertisements. What’s to say Firefox wouldn’t form a similar AdBlock partnership to be more effective on a larger scale? Google’s prior struggles with AdBlock means it probably wouldn’t happen on Chrome, but if the movement builds enough inertia YouTube would absolutely want to stay on that whitelist.

Of course, even if this partnership does change how advertisements are displayed, as long as AdBlock allows users to bypass the Acceptable Ads list entirely the controversy is likely to continue.

Report: Nintendo Will Show Off The NX at CES