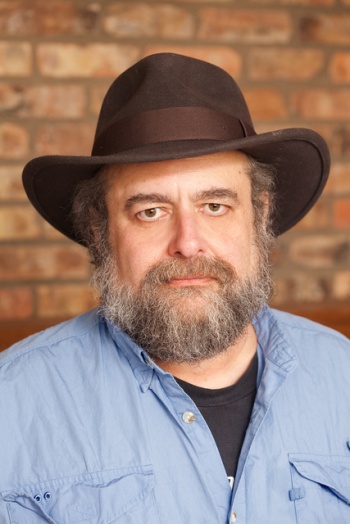 Last December, I brought you the story of noted fantasy and mystery writer Joel Rosenberg who, in addition to his work ion fiction, had pursued a lifelong effort in support of the Second Amendment of the US Constitution, specifically as a firearms safety instructor and activist. His actions and beliefs occasionally created friction among those who knew him as well as with local law enforcement, as is evidenced by the headline of our story from last year: “Joel Rosenberg Arrested.”

Today it is my sad duty to report that Joel has died from complications of a heart attack. His wife, Felicia Herman writes on their blog:

On Wednesday afternoon, June 1, 2011, Joel had a respiratory depression that caused a heart attack, anoxic brain damage and major organ failure. Despite the very best efforts of the paramedics and the team at Hennepin County Medical Center, Joel was pronounced brain dead at around 5:37pm Thursday June 2nd, In accordance with his wishes, he shared the gift of life through organ and tissue donation.

He is survived by his daughters, Judith Eleanor and Rachel Hannah, and his wife, Felicia Herman. Today, June 3rd would have been his 32nd wedding anniversary.

Rosenberg had been arrested for carrying a handgun, as he is licensed to do, in a building in which authorities in Minnesota claim doing so is illegal. The details of the accusation against him are slightly complex, but center around the fact that the building had, at one time, been a courthouse and that carrying a concealed weapons into a courthouse is illegal.

Rosenberg’s efforts to have his case dismissed were unsuccessful and he was slated to appear in court later this year. Further complicating his situation was the recent resignation of his attorney, David Gross. That the ongoing stress of these events might have contributed to his worsening health seems extremely likely.

I didn’t know Joel well, but we spoke a few times via email. I was helping in very small ways to spread word of his legal battle and solicit help on his behalf. I wish I could have done more. I also regret that we were never able to meet. Rosenberg’s books were an inspiration to me in my youth, informing both my writing career and my life as a human being. He will be missed.