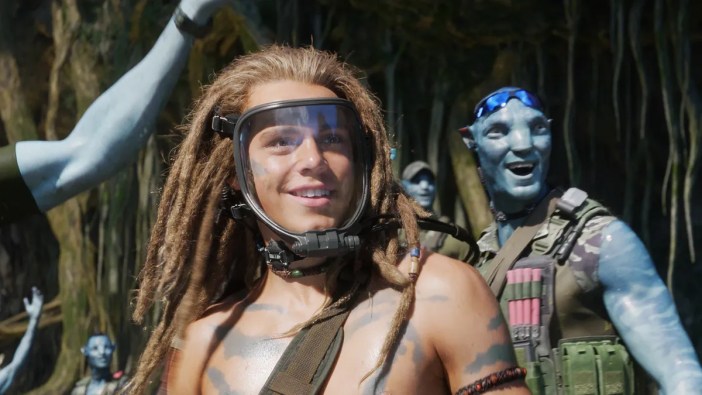 This article contains spoilers for Avatar: The Way of Water, or Avatar 2, or whatever you want to call the triumphant return of James Cameron’s blue people.

Be me. You’re not an Avatar hater, but you don’t understand all the hype around the first movie or its box office success. You’re going to see the sequel because you love your girlfriend very much and she loves Avatar — she’s seen it countless times while you’ve only recently committed the main character’s name to memory.

As you clock out for the day, you have a laugh with your coworker referencing Fern Gully as the inspirational genius behind the first Avatar‘s award-winning story. “Don’t forget Disney’s Pocahontas,” you chime in. The movie opens with Jake Sully holding up his newborn, a la The Lion King. James Francis Cameron, the movie is three hours long. Please, pace yourself.

Never! James Cameron is the man with money and more to say about water than David Attenborough in Blue Planet. Avatar: Watery Water is a forest family’s struggle to adjust to surfer culture. A loner child connects with a massive water mammal everyone else rejects. Another odd loner child forms a spiritual bond underwater — initially a detriment and later her secret weapon. You breeze through the rest of cinema’s wettest hits. It’s Waterworld. It’s Atlantis. It’s Free Willy 1 through 4. But this last chunk of the movie is spending a suspiciously longer amount of time on this tiny boat… Oh Allmother, it’s Titanic again! 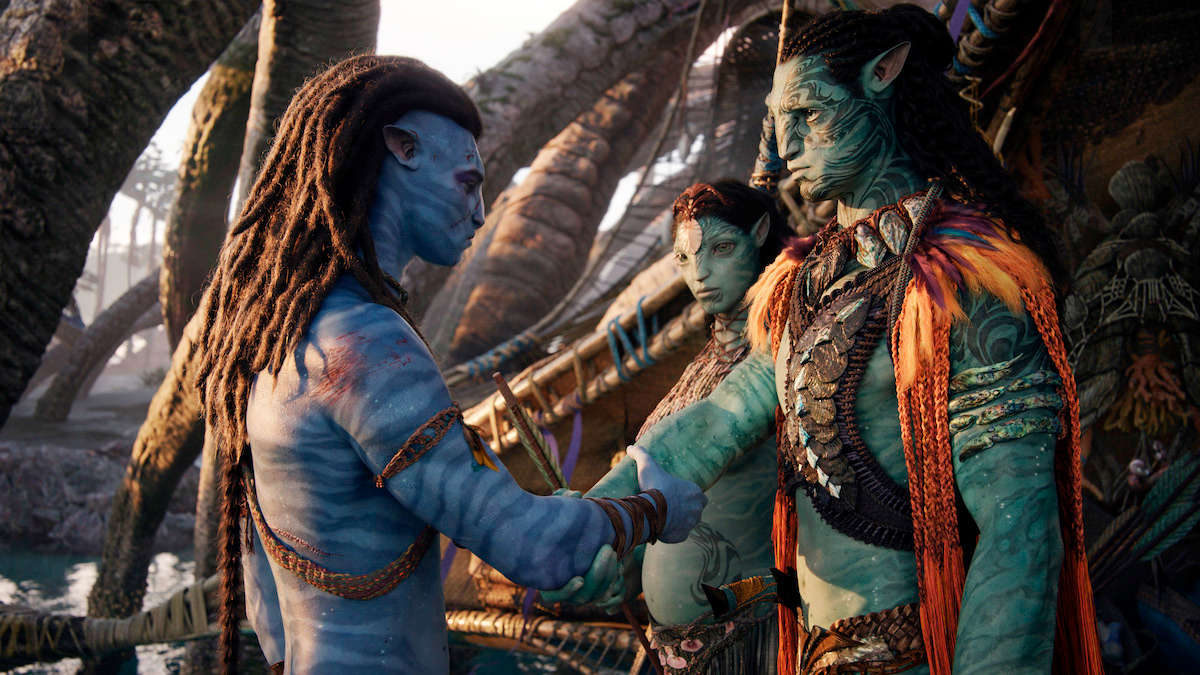 This is what it’s all about. As far as the story goes, there really isn’t one. The main antagonist, a literal clone of the deceased Colonel Quaritch, is sent to kill Jake Sully, who hides his family seaside but ends up fighting anyways alongside his newfound aquatic family. All the characters are incredibly one-dimensional, and the dialogue will once again have no cultural staying power. Avatar: Wetter Than Wet has two things going for it.

Firstly, it certainly looks expensive, and the nautical setting is money better spent for showing off spectacle than the first movie’s air and forest setting. This isn’t that deep, dark uncharted water. This is a serene and gorgeous reef with sprawling life. The choreography, visuals, and soundscape are so soothing that it’s downright therapeutic — and managed to lull the crying baby in seat E14 back to sleep.

Secondly, James Cameron’s a veteran director who created the biggest box office hit, with Titanic in 1997, and was only beaten in 2009 by his own Avatar. Whether you like his movies or not, the man knows how to execute a carefully laid plan. The one-dimensional characters feel genuine. Their wants and weaknesses are well crafted to give each one a special part without taking away from the overall plot. Given the trend of franchise films referencing what came before and what will come after, Avatar 2 stands firmly on its own. If you didn’t like the first one, you don’t have to watch it, nor do you feel as if this movie is a three-hour gratuitous build-up for the next one. 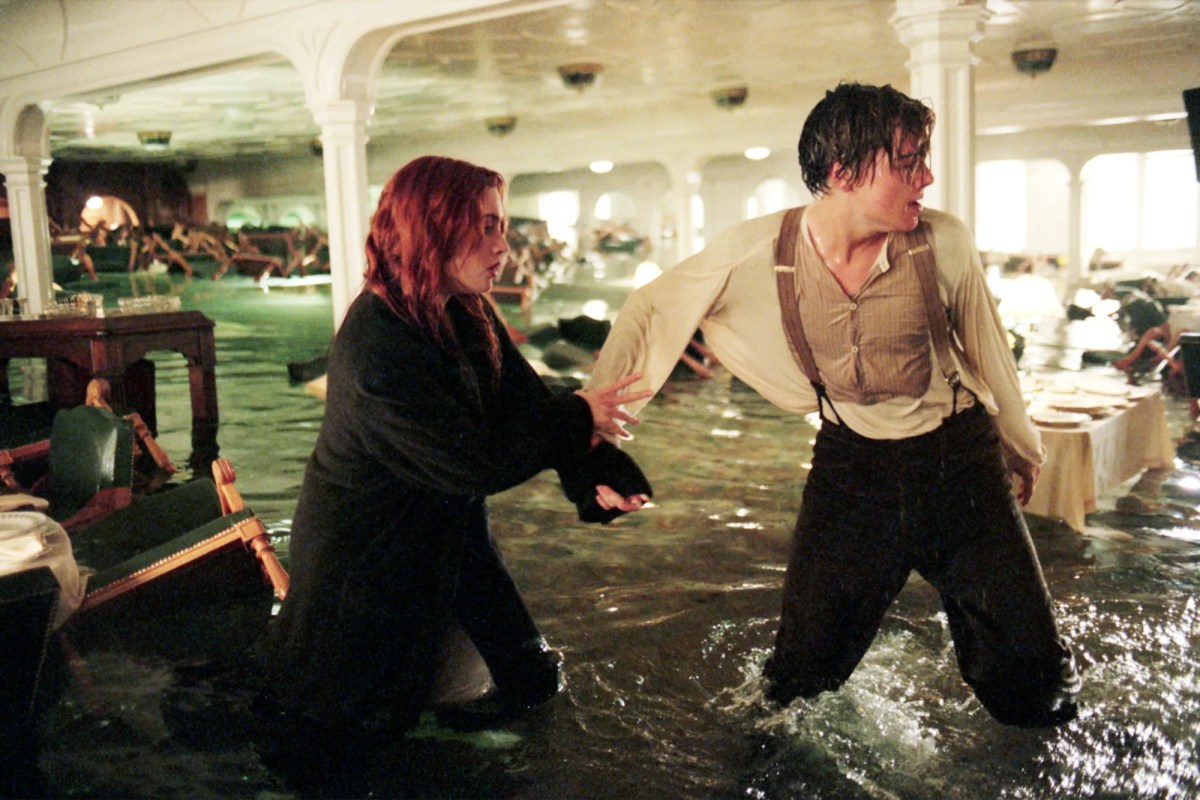 It’s a two-and-a-half-hour gratuitous buildup to this boat. You watch as the Sully family scrambles around this capsizing battle dinghy. They’re scaling the walls through the cafeteria and forcing open hatches with their inhuman strength. Titanic couldn’t have done this. In spite of their strength, the parents are stuck in separate chambers, taking their presumed last breaths because they’re too lost and tired to escape their would-be water coffin. The mother is saved by the odd child’s spiritual connection literally lighting the way and being given an alien organism that functions as a rebreather. Titanic couldn’t have done this.

Meanwhile, the son is giving blue dad a toddler’s course in swimming that he was given when they moved to the beach. “Don’t let go, Jack!” Er… You mean “Jake.” Titanic couldn’t have done this — the water would’ve been too cold. Then we’re back to the surface and the film concludes in no extraordinary fashion. James Cameron still isn’t giving in to the Hollywood temptation of dangling carrots in your face. There are unresolved issues, but they justifiably feel like a problem for the future instead of a nagging cliffhanger.

You walk out of the theater and realize you enjoyed the experience. That’s what it is, an experience. Avatar 2 isn’t James Cameron’s best work, but it is a great piece of work based on tried-and-true fundamentals. Simple things done well are difficult. This is Grandpa Cameron inviting you to watch him set up dominoes. He slowly pushes one over. You’re captivated by the pathing and the swirling chain effect. And before you realize it, you’re watching Titanic again — the fantasy director’s cut. It even has Kate Winslet in it, come on!