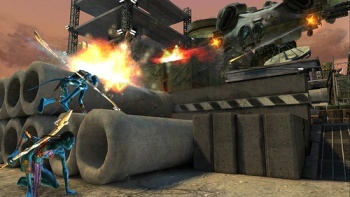 There is a great deal of potential in 3D gaming, Avatar producer Jon Landau said, so long as people can get over the stupid glasses.

“The potential of 3D gaming is greater than the potential of 3D films,” Landau said at the 3D gaming Summit in Los Angeles. Landau believes the advent of 3D gaming will offer designers new tools to expand on the level of experience and immersion their games allow. The issue that has stymied the flow of 3D is the glasses, forever ingrained in the public consciousness as cheap cardboard with blue and red lenses. For Landau, spreading 3D is about revitalizing this image and making it more attractive to the public.

Landau is definitely on to something. People are more than willing to put on sunglasses or headphones when the situation warrants it. Getting people to wear 3D glasses may not be a huge challenge. Getting them to pay for them, however will probably require some killer apps to make the most of 3D’s potential.