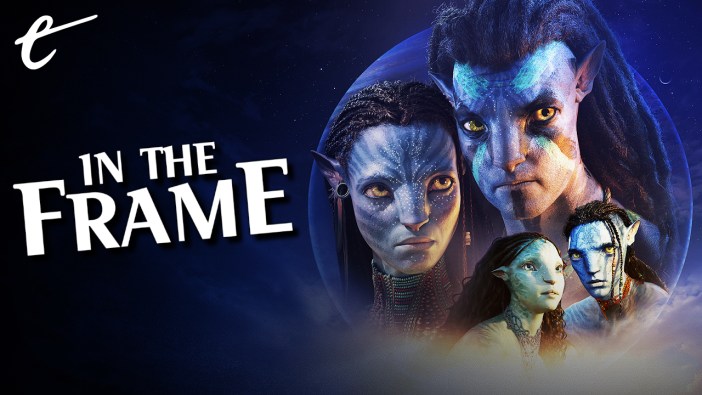 This article contains one specific spoiler for Avatar: The Way of Water in its discussion of the James Cameron body of work and how his movies return to themes involving family. A spoiler warning has been attached to the relevant paragraph.

It has become something of a cliché to suggest that a given film or television show is, to quote the philosopher Dom Toretto (Vin Diesel), “about family.” It is only marginally less obvious than stating that a given horror movie is “about trauma.” Still, even allowing for that, Avatar: The Way of Water is a movie that is fundamentally about family. Then again, most of James Cameron’s movies are.

A lot of the movies that purport to be about the idea of “family” are just movies that happen to focus on families. The word is mentioned a few times, characters deliver stirring monologues about how “you don’t turn your back on family,” and the movie ends with an obligatory scene in which various characters enjoy Coronas around a barbecue. There’s nothing wrong with this, even if it seems like a somewhat shallow and generic depiction of family life.

Doing preliminary press for The Way of Water, the director couldn’t resist taking cheap shots at his primary blockbuster rivals. He complained that superheroes “never hang up their spurs because of their kids” and argued that there were “other stories to tell besides hyper-gonadal males without families doing death-defying things for two hours and wrecking cities in the process.” This is not entirely fair, but it illustrates how important the theme is to Cameron as a storyteller.

Family has always been on Cameron’s mind. The Terminator might be best understood as a science fiction slasher movie, but it is also an epic love story between a time-traveling war veteran (Michael Biehn) and a diner waitress (Linda Hamilton) that spawns the messiah that will save mankind. The Terminator contrasts its metallic inhuman killing machine (Arnold Schwarzenegger) with a love scene as sweaty and steamy as Titanic’s. “I came across time for you,” Reese tells Sarah.

Aliens is a movie about motherhood, something obscured by Fox’s decision to cut a vital scene of backstory from the theatrical cut that revealed that Ellen Ripley (Sigourney Weaver) had a daughter who died of old age while she was lost in space. This informs Ripley’s emergence as a surrogate mother to young survivor Newt (Carrie Henn), the found family she forms with Hicks (Michael Biehn), and the contrast the movie sets up with the Alien Queen as a rival “monstrous mother” figure. 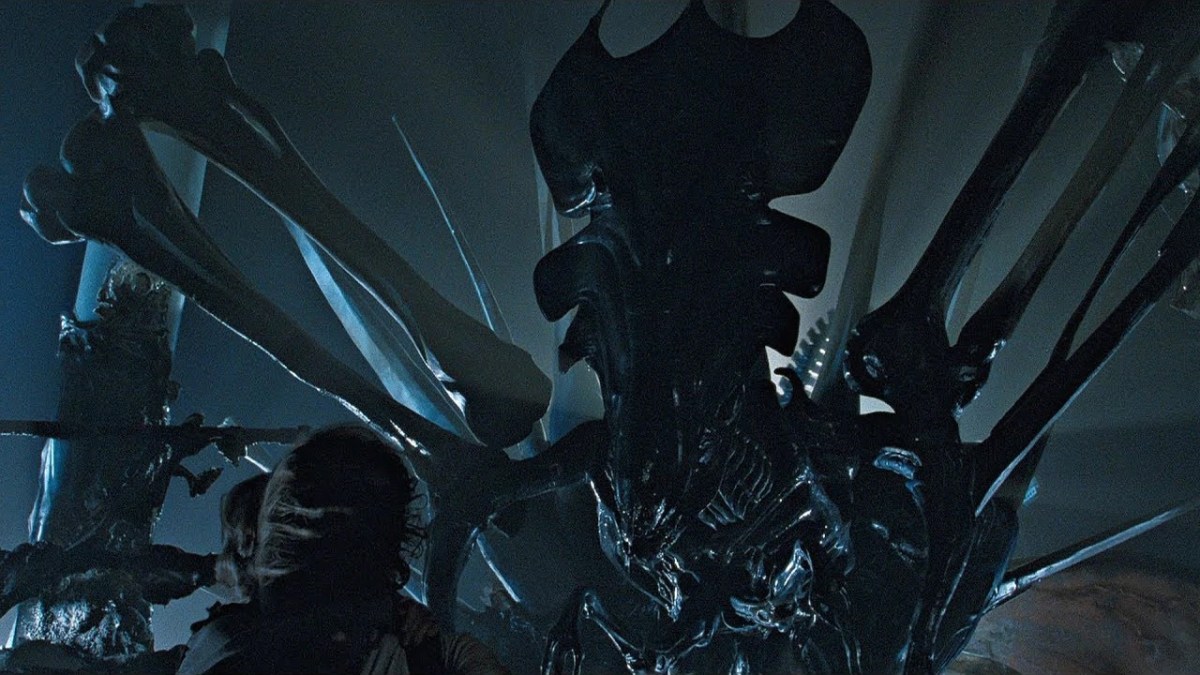 The Abyss is ostensibly about first contact with an alien consciousness at the bottom of the ocean, but it is really the story of an estranged married couple (Ed Harris and Mary Elizabeth Mastrantonio) who save the world by reconciling with one another. Although everyone involved insisted in contemporary press that there was no direct connection, he was going through a separation from his then-wife and producer Gale Anne Hurd at the time. Hurd was working on the movie.

Terminator 2: Judgment Day is a similar story about a broken family pulling itself back together. John Connor (Edward Furlong) is supposed to save mankind from an evil artificial intelligence to fulfill the prophecy outlined in The Terminator. John finds his life entrusted to a reprogrammed Terminator (Schwarzenegger). John and the Terminator break Sarah out of a psychiatric institution, and the three of them forge an unlikely and unconventional family unit.

At one point, the audience eavesdrops on Sarah’s inner monologue as she watches John interact with the Terminator. “It would never leave him, and it would never hurt him, never shout at him, or get drunk and hit him, or say it was too busy to spend time with him,” Sarah muses of the machine. “Of all the would-be fathers who came and went over the years, this thing, this machine, was the only one who measured up. In an insane world, it was the sanest choice.” The family unit is saved.

The metaphor is made much more literal in the next film that Cameron made. An adaptation of a French farce, True Lies is the story of super spy Harry Tasker (Schwarzenegger). Harry lives a seemingly mundane life with his wife Helen (Jamie Lee Curtis), who has no idea of his actual profession. When Harry discovers that Helen might be having an affair with a sleazy used car salesman (Bill Paxton), who pretends to be a spy, their lives are thrown into chaos. 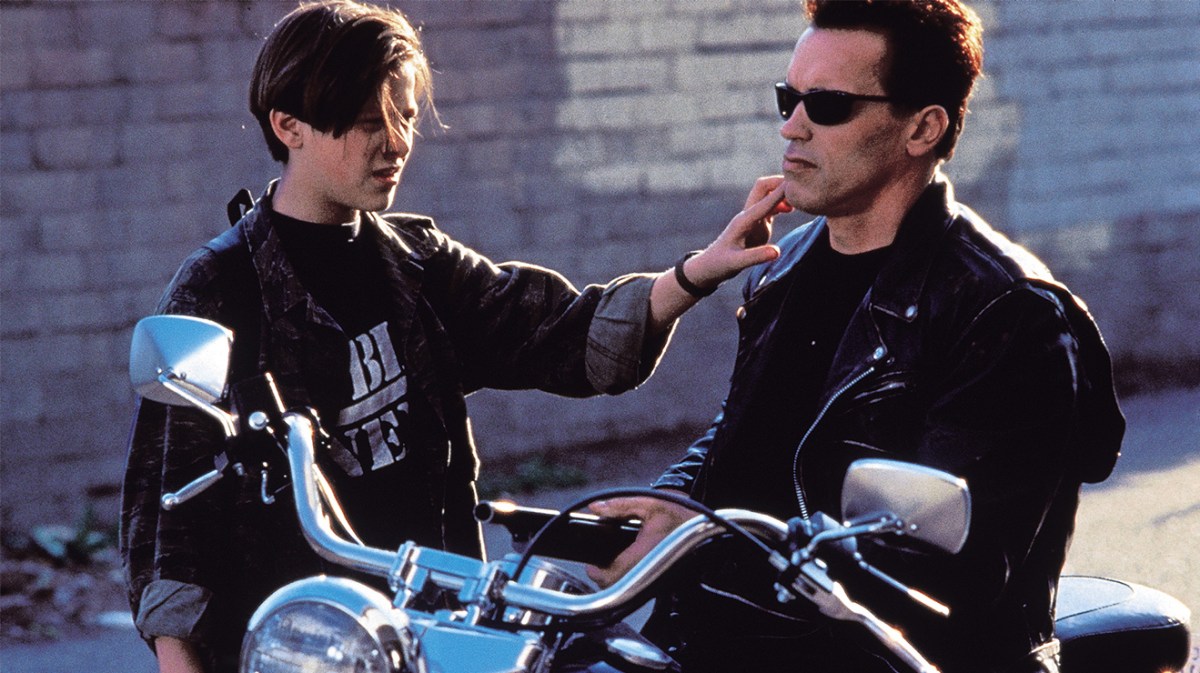 Like most of Cameron’s films, the key tension in True Lies comes from juxtaposing this very relatable family dynamic with the mechanics of blockbuster filmmaking. Harry and Helen end up kidnapped together, working through their issues as Harry fights to stop a terrorist cell from detonating a nuclear bomb. At the end of the film, it is revealed that the family has found some sort of balance, with the two embarking on dangerous espionage missions together.

Ironically, despite being the most overtly sentimental of Cameron’s movies, the theme is less overt in Titanic. Cameron’s period disaster epic is the story of a young woman named Rose (Kate Winslet) whose chance encounter with a romantic young rogue (Leonardo DiCaprio) gives her the strength to break away from her controlling mother (Frances Fisher) and her oppressive fiancé (Billy Zane). Rose goes on to find her own family after the disaster, marrying a loving husband and having children.

This focus on family was also a major part of the original Avatar. In that movie, Jake Sully (Sam Worthington) finds himself trapped between two very found families following the death of his twin brother. He is caught in a tug of war between the bond that he feels to the military and the relationship that he forges with the indigenous population. Jake is accepted into the Na’vi tribe and pairs with Neytiri (Zoe Saldana), the daughter of the clan’s chieftain and its priest.

Obviously, family is a major recurring theme in popular cinema. It is fairly universal, after all. Everybody has a family in some form, and so everybody can theoretically relate to stories about family. Individual directors have their own angle on the classic family story, from Steven Spielberg’s absent fathers to Christopher Nolan’s dead wives. Still, there is something interesting in how strongly and consistently this theme of finding and preserving a family recurs across Cameron’s filmography. 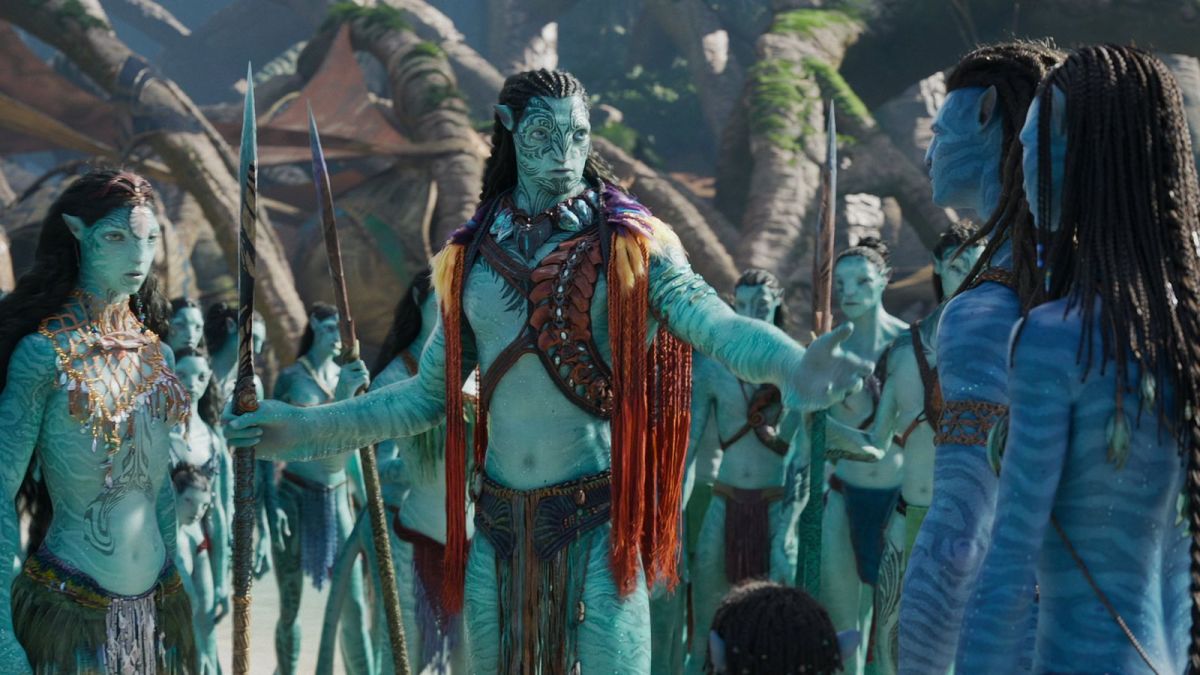 It is easy to understand why Cameron would gravitate towards these stories about families forged in extreme and volatile conditions. Cameron has garnered a reputation as a fairly passionate and intense guy. He reportedly threatened to beat Harvey Weinstein with his Oscar in a fight over Guillermo del Toro. Even on the set of The Way of Water, Cameron and actor Stephen Lang would “spar a lot,” even “kickboxing and punching the crap out of each other.” (The two “have been kickboxing and quarterstaff fighting together for a number of years.”)

Cameron has been married five times. Four of those marriages have been to women with whom Cameron has worked closely. Gale Anne Hurd was a producer on his early films. He co-wrote Point Break and Strange Days, both directed by Kathryn Bigelow. He made the Terminator films with Linda Hamilton, who suggested that “he really fell in love with Sarah Connor.” Suzy Amis was in Titanic, and Hamilton alleges Cameron’s relationship with her began during filming.

There is perhaps an element of autobiography to these stories of found families, albeit filtered through a more romantic lens. Certainly, The Way of Water is focused on a more mature family dynamic than Cameron’s earlier films. By the time the movie opens, Jake and Neytiri have grown a family together. Although Jake and Neytiri play the role of mother and father, the children are drawn from a variety of different sources.

[Editor’s Note: This specific following paragraph contains a spoiler for The Way of Water. Leap to the next paragraph if you are concerned with spoilers and come back to read it later!]

Neteyam (Jamie Flatters), Lo’ak (Britain Dalton), and Tuktirey (Trinity Jo-Li Bliss) are the pair’s biological children. However, Jake and Neytiri also take in Kiri (Sigourney Weaver), the child born of seemingly immaculate conception from the avatar of deceased scientist Doctor Grace Augustine (also Weaver). By the end of the film, the group has also taken in the human child known as Spider (Jack Champion), who is the biological son of the villainous Colonel Miles Quaritch (Lang). 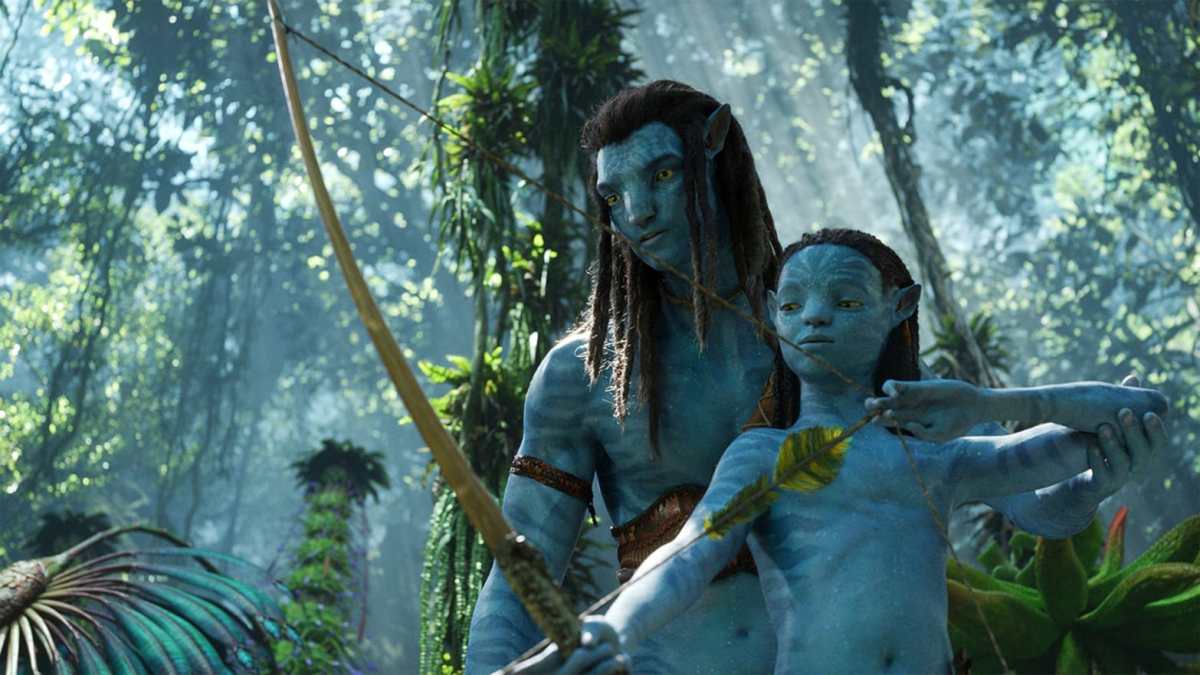 This in some ways reflects Cameron’s own family, which includes three children with Amis and one with Hamilton. Early in the pandemic, Cameron and Amis were granted legal guardianship of another child, a friend of their daughter. This is not a novel observation. Sigourney Weaver has pointed out the similarities between the family unit in the film and Cameron’s own family. Cameron says that he was also inspired by the fact that Saldana and Worthington were parents.

The most human moments in The Way of Water feel rooted in observation of family dynamics and parenthood. “Are we there yet?” Tuktirey asks as the family migrates to visit the planet’s water tribe. Jake frets about how his kids make him look in front of the local ruler, Tonowari (Cliff Curtis). At its core, The Way of Water is the story of a father who uproots his family and takes them halfway around the world to a different culture, much like how Cameron moved his own family to New Zealand.

It is hard to quantify the idea of authenticity within the portrayal of something as common as the family unit. After all, plenty of stories are about families. However, there’s always been something personal in Cameron’s love stories. Cameron’s first wife, Sharon Williams, was the only one who worked outside the industry, and even she became part of his fictional worlds. Cameron has been quite open that Williams inspired Sarah Connor in the original Terminator.

It is strange to think of a blockbuster with a possible $400 million budget as a particularly personal thing, but The Way of Water is oddly intimate in ways that films on this scale rarely get to be. The Way of Water is rooted in many of Cameron’s pet interests and themes: environmentalism, militarism, industrialization, hard science fiction, the horrors of capitalism, and the coolness of water. However, it’s a James Cameron movie in one very specific way: It’s about family.