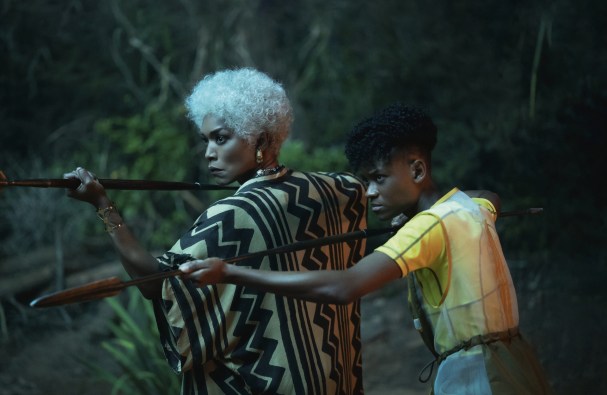 This article contains major spoilers for Black Panther: Wakanda Forever and also for Thor: Love and Thunder in its discussion of growth, maturity, and family in the MCU.

To quote the philosopher Dom Toretto (Vin Diesel), Black Panther: Wakanda Forever is a movie about family. In particular, it’s a movie about the royal family of the fictional nation of Wakanda. It is about the family that existed around T’Challa (Chadwick Boseman), who dies offscreen at the start of the movie. It is about his mother, Queen Ramonda (Angela Bassett), and his sister, Princess Shuri (Letitia Wright). It is also about his lover, Nakia (Lupita Nyong’o).

However, in its post-credits scene, Wakanda Forever is also about T’Challa’s son, also named T’Challa (Divine Love Konadu-Sun). As Shuri sits on a beach in Haiti, burning her funeral garments and so releasing some of the grief that she feels over the death of her brother, Nakia reveals that she and T’Challa had a son together. They decided that he should be raised outside of Wakanda, explaining why Nakia went into seclusion following her lover’s death.

It is a small and touching moment, but it fits with the larger themes of the movie. Much of the plot of Wakanda Forever is driven by the pursuit of Riri Williams (Dominique Thorne), a gifted young student at MIT who has developed advanced technology that can detect vibranium supplies. Over the course of the film, Shuri becomes a guardian to Riri. She keeps Riri safe from Prince Namor (Tenoch Huerta) of Talokan. She even surrenders herself as a hostage to keep Riri safe.

Wakanda Forever suggests that Shuri has found herself acting as a guardian to Riri, a surrogate parent figure. The film never explicitly states this, but it implies it at several points. During Namor’s attack on Wakanda, Queen Ramonda is killed, but Riri is saved. It seems like one life is being traded for another; Shuri loses a mother and gains a surrogate daughter. At the end of the film, Shuri’s parting gift to Riri is a restored antique car, one that had been a gift from Riri’s deceased father. 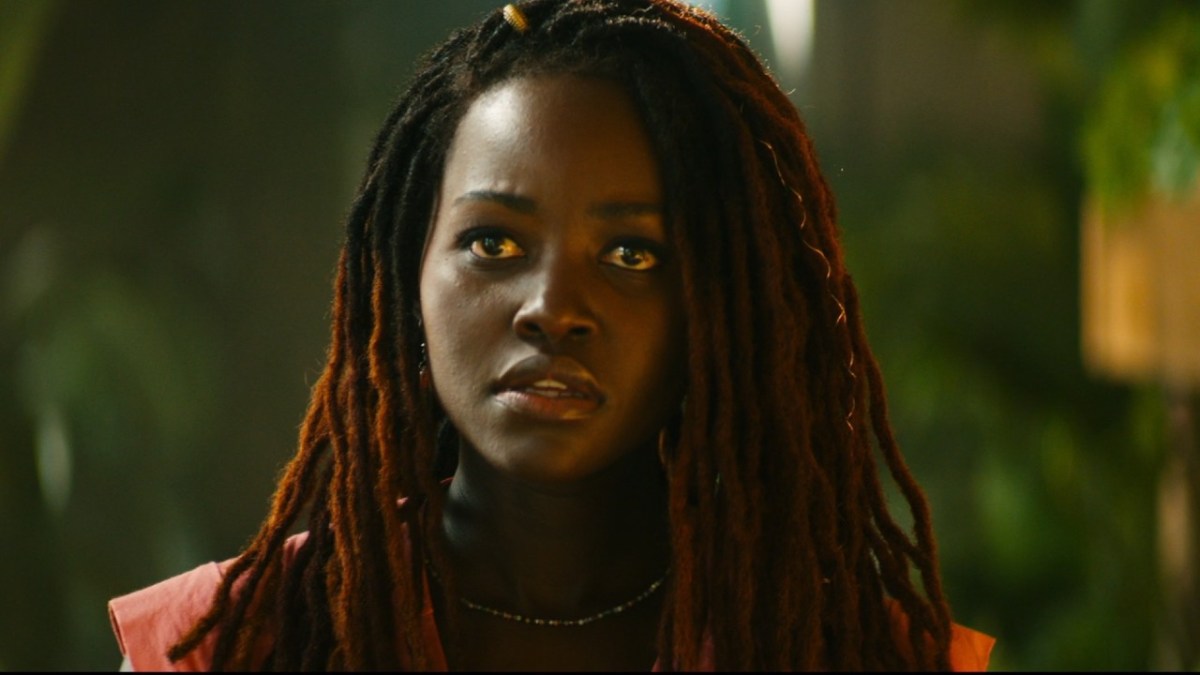 Wakanda Forever is a distinctive movie in a number of ways, working with a set of constraints that simply do not apply to any comparable entry in the Marvel Cinematic Universe (MCU). However, it is also very much of a piece with recent films in the franchise, in that it is essentially a story about our heroes becoming parents — whether literally or figuratively. It reveals that T’Challa was a father after his death. Nakia is a mother. Shuri is both a surrogate mother and an aunt.

This is a big recurring theme in the other two big Marvel Studios movies this year. In Doctor Strange in the Multiverse of Madness, Stephen Strange (Benedict Cumberbatch) finds himself acting as an unlikely guardian and protector for the displaced teenager America Chavez (Xochitl Gomez), while Wanda Maximoff (Elizabeth Olsen) tears reality apart in an effort to be reunited with her own imaginary children, Billy (Julian Hilliard) and Tommy (Jett Klyne), following WandaVision.

Similarly, Thor: Love and Thunder opens with Gorr (Christian Bale) watching his daughter Love (India Hemsworth) starve to death. Appropriately enough for a movie riffing on 1980s children’s films, Love and Thunder is obsessed with children. Gorr kidnaps the children of Asgard. Korg (Taika Waititi) talks about Kronan reproduction. At the end, Gorr uses his power to resurrect Love. Thor (Chris Hemsworth) adopts Love as his own daughter, and the two embark on adventures together.

To be fair, this theme has arguably been simmering through the shared universe for a few years. Tony Stark (Robert Downey Jr.) seemed to treat Peter Parker (Tom Holland) as a surrogate child in Spider-Man: Homecoming, fretting over his life choices and worrying about the risks he was taking. Avengers: Endgame would reveal that Tony had a daughter of his own with Pepper Potts (Gwyneth Paltrow), named Morgan (Lexi Rabe). This was a key part of Tony’s arc, his growing and maturing. 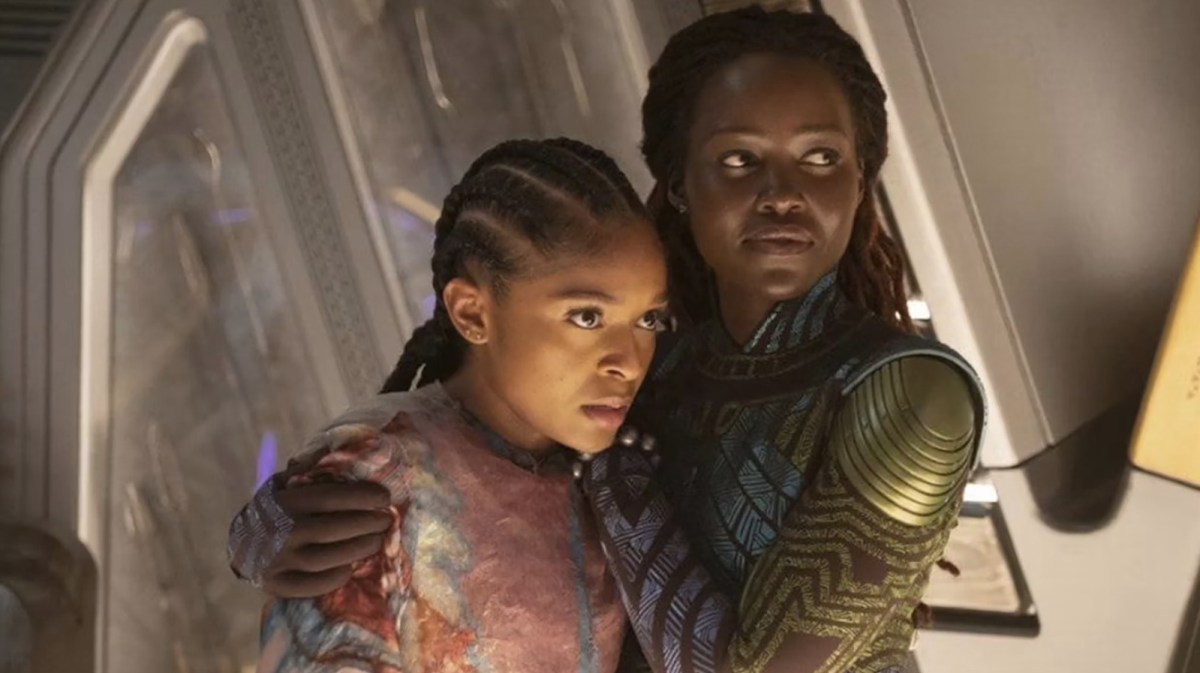 This is interesting because it illustrates a sharp evolution in the internal logic of the franchise. Avengers: Age of Ultron was effectively a reproductive horror, a story about how these characters could never grow and change, how they couldn’t have families or happy endings. In Age of Ultron, Clint Barton (Jeremy Renner) has to keep his family a secret to keep them safe. By the time he is starring in Hawkeye, Clint has found a surrogate daughter figure in Kate Bishop (Hailee Steinfeld).

Of course, a cynical observer might note that this is all part of a larger attempt to build out existing intellectual property. There have long been rumblings of a Young Avengers series, and a few of these decisions are obvious efforts to build out the cast. More than that, there is the economic reality that many of these older actors are aging out of the franchise, and so legacy characters are a pragmatic way to keep the brand alive while allowing individual performers to move on.

That said, there is also a sense in which the MCU has grown up with its audience. The franchise launched with Iron Man in May 2008. Wakanda Forever marks the end of “Phase 4,” more than 14 years later. It is entirely possible that couples that went on their first date to watch Iron Man are now taking their young children to see Wakanda Forever. That is a phenomenal amount of time, particularly for a franchise that sells itself on the interconnectivity of its films.

Of course, as the franchise has grown, it needs to worry about two competing demands. It needs to both attract new audiences and retain existing fans. Recent years have seen the series make a conscious bid to welcome newcomers, with shows like Ms. Marvel that are aimed at a younger demographic and movies like Shang-Chi and the Legend of the Ten Rings that offer basic origin stories aimed at audiences that have perhaps been underserved by Hollywood. However, recent years have seen a competing strand built around the assumption that audiences who saw Iron Man in their teens are still going to see Multiverse of Madness and Love and Thunder in their early thirties. The life experiences of the characters on-screen have begun to shift to reflect the lives that these films expect those older audience members to be enjoying. Thor acted like a reckless teenager in Thor in 2011 but is now a mature parent in Love and Thunder in 2022.

It is an interesting shift and one that has gone largely unnoticed. “When I look at these big, spectacular films — I’m looking at you, Marvel and DC — it doesn’t matter how old the characters are(;) they all act like they’re in college,” James Cameron recently complained to The New York Times. “They have relationships, but they really don’t. They never hang up their spurs because of their kids.” Cameron is not entirely wrong, but he is also not entirely right either.

There is a sense in which even these parents within the shared universe still act like teenagers, particularly with the constant quipping and refusal to take anything seriously. Many of the romantic relationships within the franchise don’t feel particularly deep, such as Thor’s love of Jane Foster (Natalie Portman) or Strange’s love of Christine Palmer (Rachel McAdams), even when the movies need them to. There is often a reluctance to sincerely commit to emotional engagement.

That said, there is something in Cameron’s observation that these movies rarely ask their heroes to “hang up their spurs,” to settle down and live a mundane family life, allowing for exceptions like Nakia’s self-imposed exile in Wakanda Forever. Cameron’s right that Love and Thunder doesn’t end with Thor giving up superheroism for domesticity, but is that a fair expectation? The ending of Love and Thunder suggests that Thor can have both. He doesn’t have to choose. 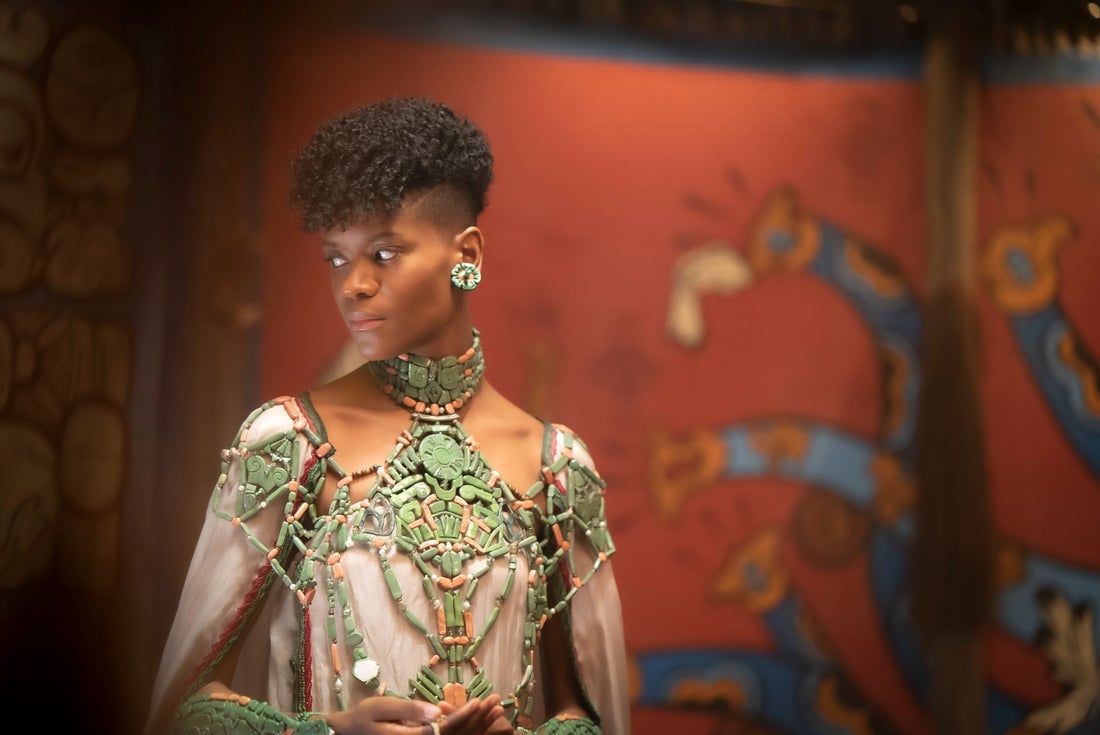 There is perhaps a broader debate to be had about the infantilization of modern pop culture, the idea that younger audiences are now carrying objects and culture with them into adulthood that older viewers would leave in childhood. This can be a problem, particularly when this culture is the only pop culture that adults consume. However, there is a place for all things in moderation. As C.S. Lewis remarked, “the fear of childishness” is itself a childish thing.

More to the point, pop culture has traditionally treated “settling down” and “adventure” as two mutually exclusive options. In a lot of these sorts of stories, the idea is that an individual has to choose between fun and family. At its most diplomatic, the argument is that settling down is its own kind of adventure. It’s a very conservative and traditionalist view of family life, only a few steps removed from the assumption that women should have to give up their careers to be mothers.

This is why there was something radical in how Steven Moffat’s Doctor Who approached the role of the companion. In early eras of the show, female companions like Jo Grant (Katy Manning) or Leela (Louise Jameson) would depart the show when they found a man with whom they could settle down. In Moffat’s first season in 2010, much of the tension derived from Amy Pond’s (Karen Gillen) decision to run away with the Doctor (Matt Smith) on the night before her wedding.

It initially appeared like this is going to be a story of Amy’s last wild adventure before settling down into domestic routine with her husband Rory Williams (Arthur Darvill). However, the show insisted that this is a false dichotomy, most obviously in the episode “Amy’s Choice,” which presents her with the choice between the Doctor and Rory. Ultimately, Amy chooses both. Amy and Rory have a family life together but still adventure with their friend. It is not one or the other.

As its audience reaches the age where they are starting to have families, and presumably taking those families to the cinema, the MCU has embraced a similar approach. Of course, it is in the franchise’s best interests to argue that superheroism is a fun pastime for the whole family, but it’s still an interesting evolution in the brand’s worldview. 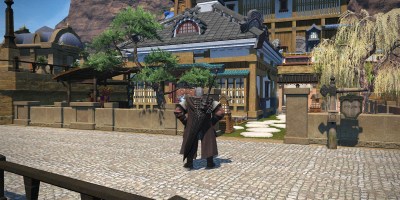 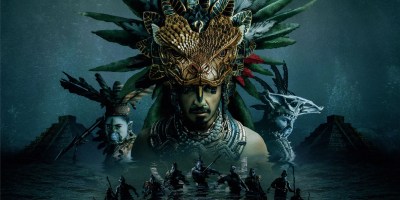 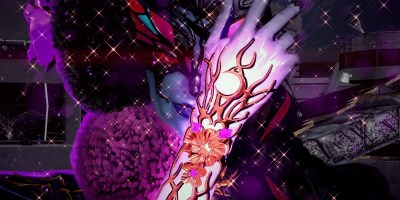 Bayonetta 3 Does Spectacle on a Level Other Games Haven’t