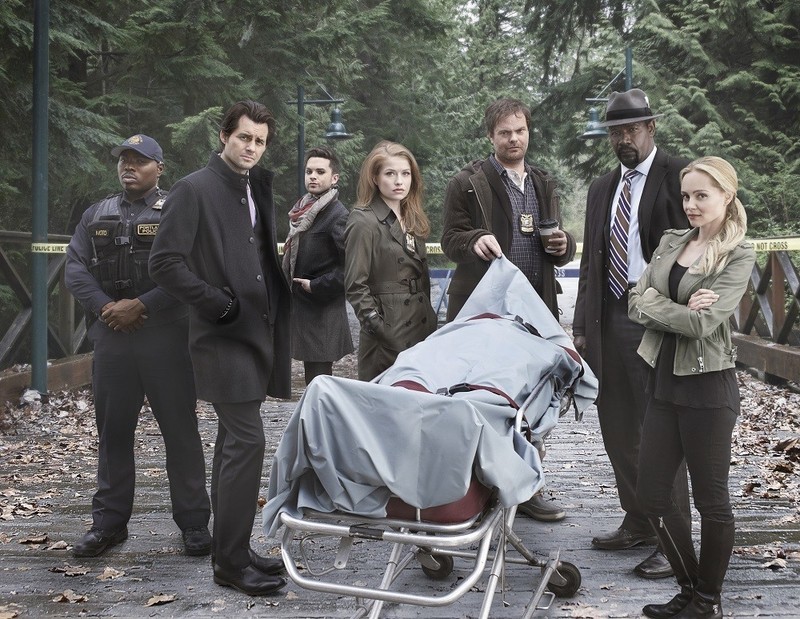 Much as I’m given to enjoy the modern age of TV storytelling, wherein a given season of a “good” show (where “good” invariably means “Either airs on HBO or feels like it does”) tends to be more like a very long movie chopped up for broadcast, I still find a certain amount of value in the art of the episodic series – where the overriding premise is spelled out at the get-go and the week-to-week rhythm is seeing how these relatively “fixed” elements (the cop who’s always angry, the doctor who’s always haunted) react against the dilemma of the day.

This is mostly why I was so glad to see the debut episode of Backstrom practically swagger onto Fox’s Thursday night lineup wearing a solid-gold “EPISODIC!” charm around its neck – I just wish it was a bit more subtle about it.

Instead, Backstrom burned through every expository writing trick in the book to frontload it’s eponymous hero’s origin-myth into the first half hour (sample exchange, paraphrased: “That breakfast is named after you?” “No, it’s named after my father.” “Oh yes, the famous late Sheriff everyone regards a living saint.” “Actually, he was crazy-abusive and I’m real f***ed up because of it, partially explaining my colorful personality”) and sketch the supporting cast in terms of easily remembered “two traits and a quirk” modeling: The sidekick who’s young and idealistic but also a secret-hardass, the ex-MMA fighter cop, the enthusiastically zen Buddhist forensics specialist, the devoutly Christian older Captain, the flamboyant gay “underworld connection” who may or may not be Backstrom’s son, the sexy foreign-accented civilian asset, etc. The message is pretty clear: These people’s “arcs” have already happened offscreen, and we’ll find out about them in slivers between the details of the “real” mystery-solving stuff each week. 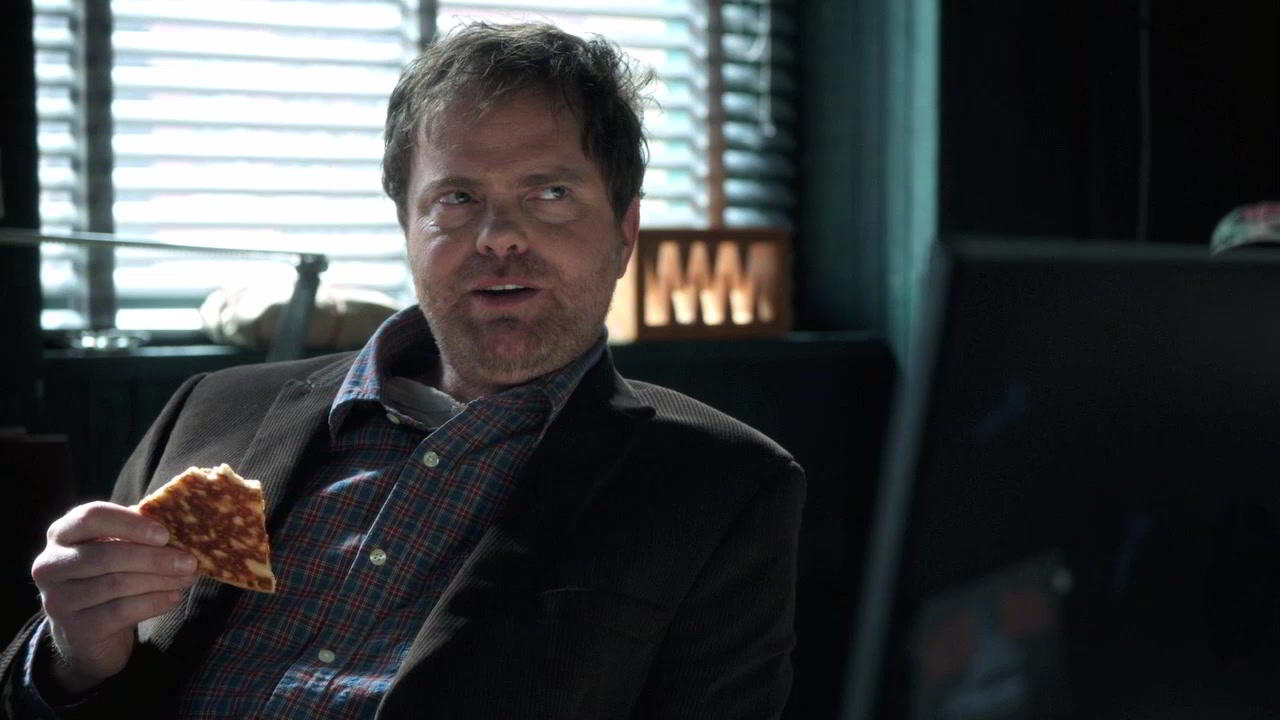 But okay. I’m a sucker for shows where curmudgeons with self-justifying job skills get away with general-jackholery while problem-solving, so Rainn Wilson as a beer-swilling, substance-abusing, junkfood-munching, cigar-chomping, casually-racist/sexist Portland-area Detective Lt. Everett Backstrom feels tailor made for my viewership. So how is it?

Promising and entertaining, but far from a home run at the onset. There’s a fairly sizable regular cast for a series of this type, but the whole thing is resting unequivocally on Wilson’s slumped shoulders as Backstrom: A brilliant but almost reflexively obnoxious crime solver (he’s back on “real” cases after a five-year punishment in traffic detail for getting caught by press singing “Ten Little Indians” in reference to a serial-killer of Native Americans he’d collared) who in the pilot shoves and shuffles his way into the homicide of a Senator’s son that involves players and suspects exactly diverse enough to provide an episode’s worth of “uncomfortable” un-PC observations.

Of course, Backstrom isn’t “really” a bigot (or a xenophobe, or a misogynist, or a homophobe, or a…) the idea is that he has a gift for sussing out people’s “triggers” and using them to psyche said people out: “I’m you,” he says, before describing a cutting caricature of personality traits his subject didn’t realize they’d revealed and demanding to know what such a ridiculous creature has to say for itself. To be sure, in reality grown men who revel in their “pushback” against so-called “political correctness” are utterly insufferable – but this is television, where the “lovable jerkass” not only exists but can be the hero, up to a point. And so long as you can ignore just how much you’d hate to know Backstrom as a real person he’s a hoot to watch as a TV character. 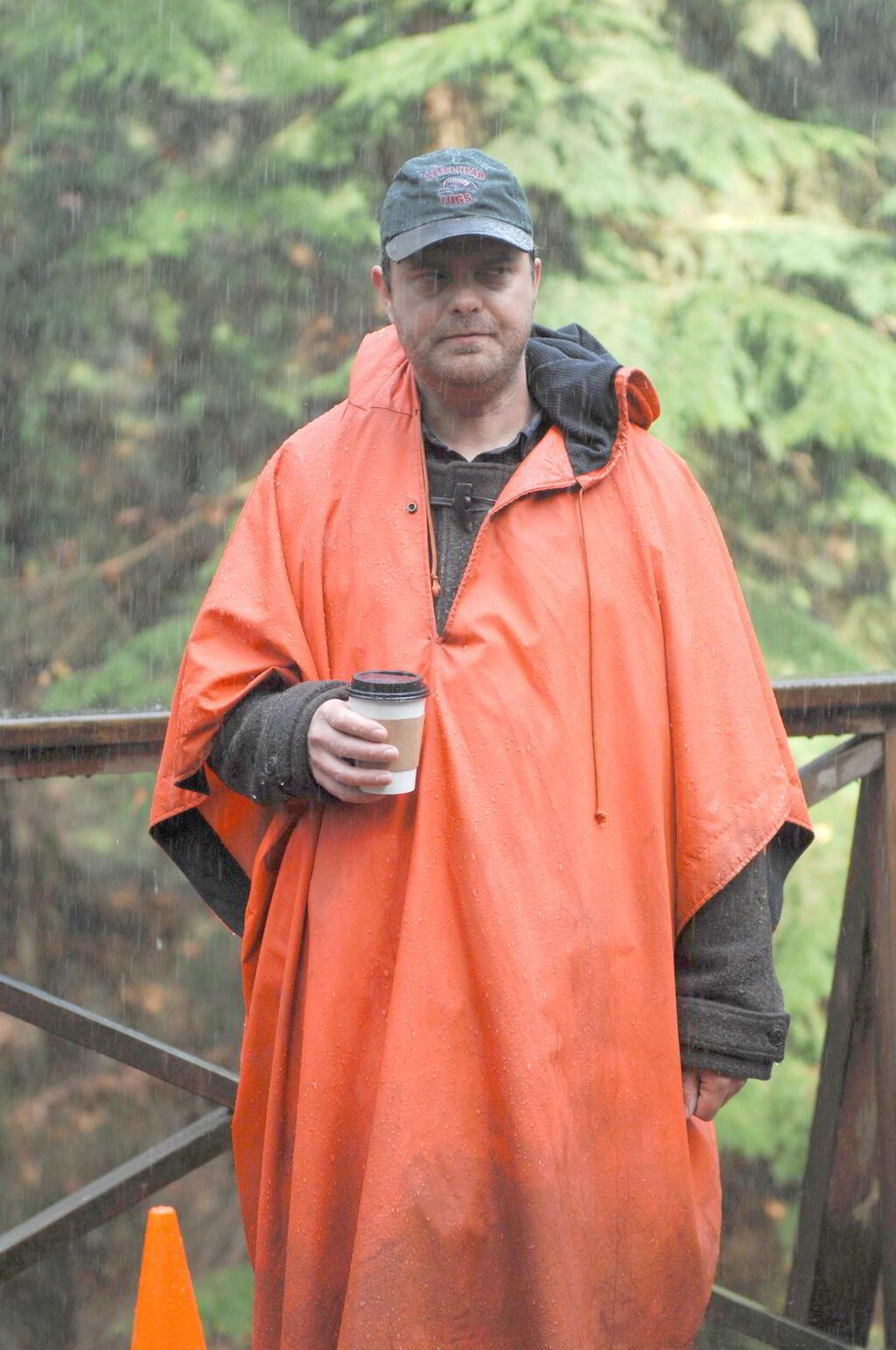 Exactly how far that “hoot” can carry the rest of a series, though, remains to be seen. The supporting cast is interesting, particularly Dennis Haysbert as Backstrom’s immediate superior; a devout Christian who is – refreshingly! – not a secret-sleazeball or an overbearing Bible-thumper. He’s as thinly sketched as everyone else (at least so far) but it’s nice to see the show committing so early to having a character whose very presence undercuts Backstrom’s bleak worldview. Neidermeyer the Buddhist CSI tech is another story: He lays his centered-sunniness on so thick it’s jarring when we’re informed that he’s for real and not just trying to annoy Backstrom.

I’ll say one thing for Backstrom himself, though: Even if we know he’s inevitably going to justify each new social transgression by being right about everything ever, it’s close to admirable that that’s all the show is willing to let him have. Whereas Dr. House got to ALSO be a world-class musician, well-read scholar, sportsman (before the leg, at least) and ladies’ man with refined taste in addition to his medical genius, Backstrom really does have nothing but crimefighting to his credit: He lives in squalor, looks like a slob and seems to undertake every biologically-mandated activity from eating to breathing in the most off-putting way possible. His aesthetic existence is practically a thumb in the eye to the “unconventionally-sexy nerd” type popularized in series like this, and I kind of love it.

I’m probably going to keep watching Backstrom, mainly because it’s the sort of show I watch anyway. But it’s going to have to be more than just a good version of a well-worn idea to really stand out. A little more luridness to the cases themselves might help – crimes that unsettle the “normal” peers and give Backstrom pause at the idea that he might actually be right about the world. But for now it’s another show where a character goes in search of decent material.

Bottom Line: Promising and entertaining, but far from a home run at the onset.

Recommendation: Procedural fans and Rainn Wilson boosters should be more than satisfied.