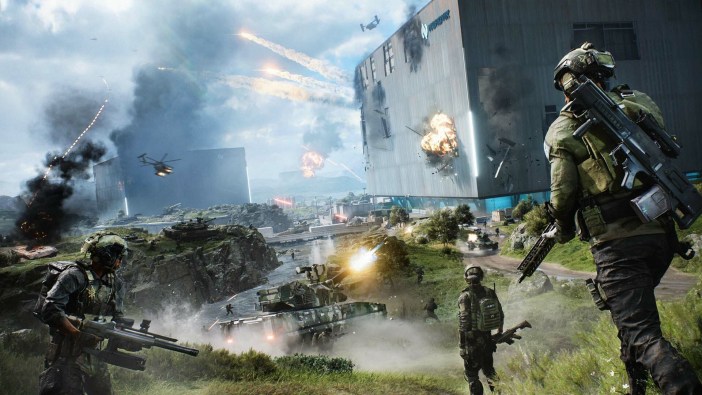 Classes are returning to Battlefield 2042 in Update 3.2, and DICE is starting to give players some details on how the changes to the game will work. Along with classes, a new Weapon Proficiency system is being added in an effort to listen to fan feedback and turn around what has been a tumultuous first year and a half for the latest entry in the Battlefield franchise.

The class system in the Battlefield franchise has long been a fan-favorite feature, so players were frustrated with a loss of classes and a shift to a Specialist system when Battlefield 2042 launched. Specialists are unique characters with specific skills or gadgets, a departure from the traditional four classes of operators in an online match. On top of the performance issues that plagued the launch, the shift from a class-based system divided fans and caused DICE to look at alternatives quickly.

A Class System Is Coming to Battlefield 2042

Although a class-based system is returning to Battlefield, it doesn’t mean that Specialists are going away. Instead, Specialists will now be categorized into four different classes. Players can quickly identify and choose Specialists in the Assault, Engineer, Recon, and Support classes.

Addressing the changes in a lengthy blog post, DICE stated, “With all the changes that we’re introducing with the return to the Class system, it should now feel much better to perform the Class and role as it was originally intended to be, and as you are used to doing so from previous Battlefield titles.”

Weapon Proficiency is also being added to Battlefield 2042 in Update 3.2, giving players rewards for selecting a weapon that best fits their Specialist’s class. While DICE eliminated the weapon restriction that has been part of the franchise in the past, players will get some nice perks for picking the weapon that has traditionally been tied to their favorite class. For example, selecting an assault rifle when using an Assault-class Specialist will get you some extra magazines of ammo when you jump into the action.

You’ll also be able to identify the class another player uses quite quickly, as players will have a class icon above their heads on the battlefield. Again, the design choice is intended to help players work together using different skills and strengths to emerge victorious.

Update 3.2 is anticipated to launch later this month, so if you can’t wait to rack up XP as Support again, you don’t have long to wait. On top of the update, DICE is rolling out Season 4 soon, featuring a new playable Specialist and even more new weapons and maps. The Specialist included in Season 4 will be the last new character introduced to Battlefield 2042, but more maps and weapons will be coming as Season 5 is already in the planning stages.