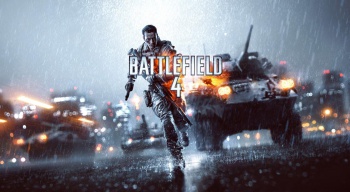 As with Battlefield 3, EA is offering a Premium service for Battlefield 4 which offers a discounted price on the game’s inevitable expansion packs alongside a number of other extras.

Battlefield 4 debuts on October 29, and if you’re willing to shell out a bit of extra cash, you can get the game and all five of its upcoming expansions in one purchase. Here’s how it works: You spend $60 on Battlefield 4 which gives you access to the core game itself, then if you spend an additional $50 on the Premium program you’re granted access to the following goodies:

“But what if I buy Battlefield 4 for the Xbox 360, then purchase an Xbox One and want to play the game on that new console?” EA has you covered there. According to the publisher, if you find yourself upgrading systems your Battlefield 4 stats and Premium membership will transfer to the new version of the game.

Expect more information on those expansion packs to appear as we near their respective release dates.