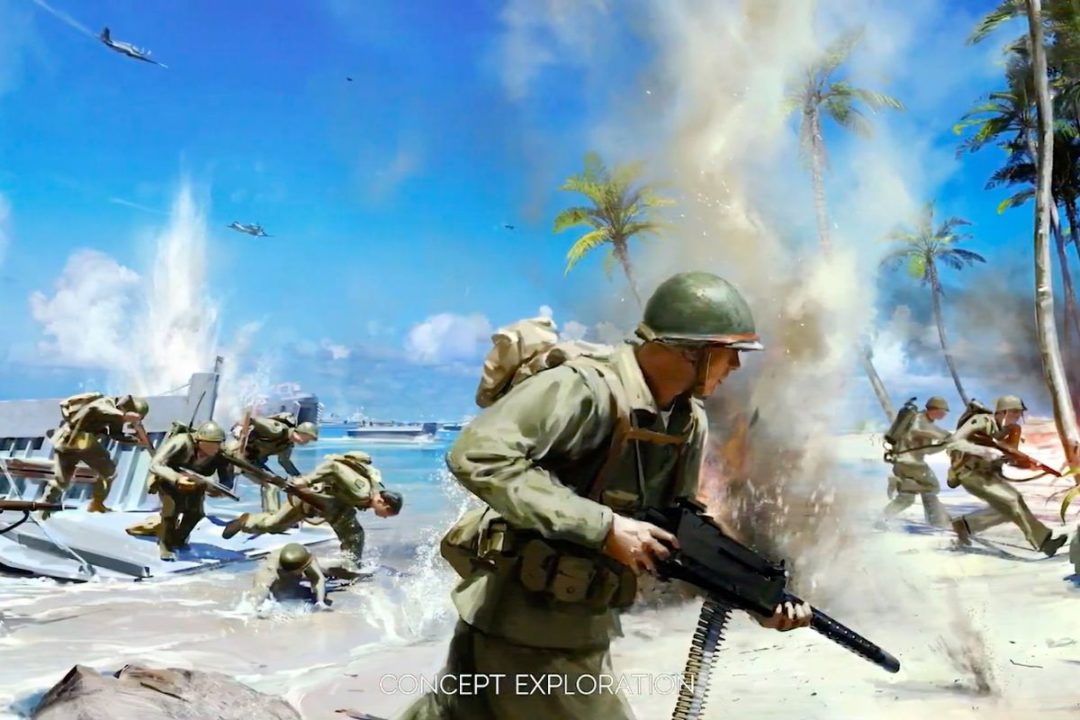 No man’s land stretches before my eyes. I’m the last medic, with troops dropping left and right as I do triage under fire. Taking our first objective was a crawl, inch by inch, up Iwo Jima’s beach. Tanks were our saving grace, even when destroyed, shielding us from small arms fire. Popping smoke bought us a window to move, and we finally broke through, but it wasn’t enough. I’m the last one left to hold the point — crouched in a corner, clutching my pistol, rifle empty. The smoke’s starting to break, I can hear the enemy coming, and I’m left to marvel at how DICE has captured such powerful moments in their latest Battlefield V update, War in the Pacific.

Not only has the War in the Pacific update revitalized the player base, but it builds upon everything fantastic about DICE’s marquee shooter. Where many online games are concerned with K/D ratios and bombastic killstreaks, DICE’s slower, grounded approach shines here. Players step into the boots of the U.S. Marines and Japanese Imperial Army as they dart between trenches, beachheads, and cavernous tunnels.

Teams have to actively use their full arsenal to achieve victory, with only the most coordinated players triumphing. At one point, my team was actively healing our last surviving tank through a massive cavern to push through the enemy as they spammed a hail fire of bullets. Another time, I directed a team of support troops as we held an objective against waves of Marines disembarking on our shores. Rebuilding our defenses faster than our opponents could blast them apart, reinforcements finally arrived and turned the battle in our favor.

Moments of ingenuity like this are front and center in Battlefield V’s two Pacific maps, Iwo Jima and Pacific Storm (a third based on a map from Battlefield 1942 is on the way later this month). Iwo Jima features a lengthy trek up its hills and mountains, the ever-increasing high ground sending Marines for cover as they struggle to advance.

Pacific Storm offers a simple chain of islands spread like a spine, but the nature of how Marines have to spawn in on boats works wonders. It’s essentially wave defense like out of a co-op mode applied to a competitive landscape, allowing multiple flanking routes for strategic assault.

That is — when the servers worked. Unfortunately, during the update’s first two days of release, DICE’s servers went through a sudden shutdown, sending matchmaking into a confused frenzy. To make matters worse, what matches I could dive into were grossly unbalanced, with one team steamrolling the other. I wasn’t kidding about coordination — if you end up on a rage-quitting team who isn’t even moving your tanks up to support infantry, you’re in for a tedious fight.

Thankfully, the servers do seem to have reset themselves, but players would be wise to use the manual server browser; then, if nothing else, you can ensure a match is properly populated.

Altogether, I had a blast with War in the Pacific. Everything’s been polished to a mirror sheen, offering a solid update that expands the online, err, battlefield in ways I wasn’t even expecting.

The sound mixing and dynamic background music especially hammered home every dire last stand and triumphant victory to the point that they felt filmic. While the initial launch was rough, it’s come together in a beautiful display of Battlefield V’s best moments. If you haven’t booted up Battlefield V in a while, now’s the time.