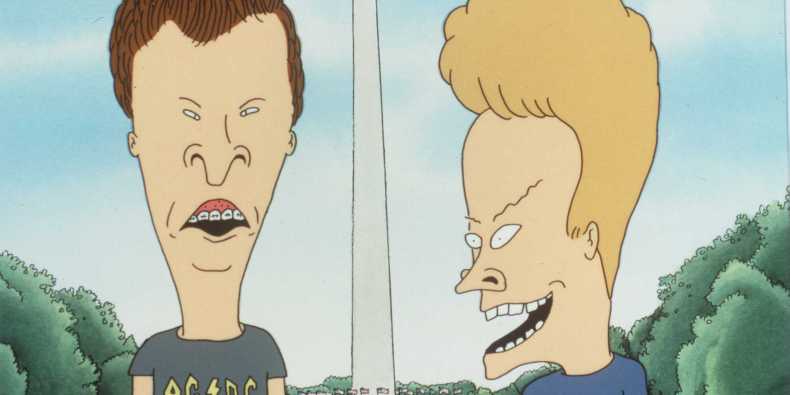 Get ready for middle school hallways to once again be filled by the sounds of people pretending to laugh like two ’90s stoners. Beavis and Butt-Head is returning. This time the pair of idiotic friends will be bringing their humor to Comedy Central for a two-season series. The show is being led by Beavis and Butt-Head creator Mike Judge.

Judge is set to write, produce, and voice the two large-headed characters as he did back when they first started airing on MTV in 1993. Back then the show was about two slackers, Beavis and Butt-Head, who went on comical adventures and sat on a couch making fun of music videos. This was all with the sense of humor of a five-year-old that somehow was far smarter than you gave it credit for.

The show’s new plot has not been revealed, but it is said to take place in the present day with Beavis and Butt-Head having grown up as much as Beavis and Butt-Head can grow up, “with meta-themes relatable to both new and old fans — Gen X parents and their Gen Z kids.” It’s an effort to bridge new and old. After all, everything old is new again.

In a press release, Judge explained his reasoning for bringing the show back: “It seemed like the time was right to get stupid again.” That reasoning does make a big assumption that things weren’t already stupid.

The series does not yet have a release date.