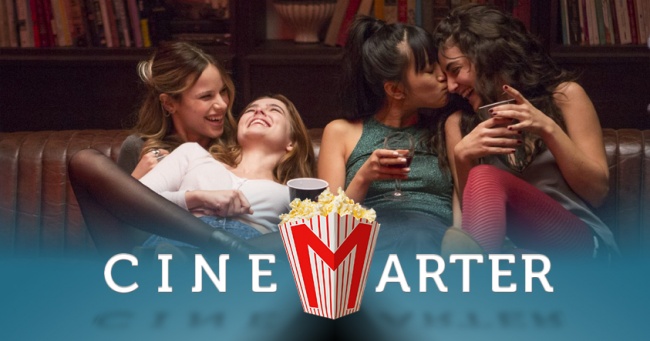 If one were to take Groundhog Day, set it in a high school and mix it with Mean Girls, and then remove almost all of its comedic elements, you’d be in the ballpark of what Before I Fall delivers. A shallow, mopey, young adult Groundhog Day, the film is the type of project that will only feel profound for those under the age of 12. And since it’s rated PG-13 – and features teenage drinking, some profanity, mentions of suicide, and other types of content aimed at older teens – anyone who will glean anything from it will have to drag someone older with them. Maybe just borrow the book on which it is based, written by Lauren Oliver, and give them that to read.

The film follows Samantha (Zoey Deutch), who is one of the members of the Popular Girls at her high school. The leader is unquestionably Lindsay (Halston Sage), while the other two, Allison and Elody (Cynthy Wu and Medalion Rahimi) are more background players. The girls spend their time embracing superficiality and bullying one of their fellow classmates, Juliet (Elena Kampouris). They’re not exactly kind to, well, anyone, but Juliet takes a disproportionate amount of the abuse. 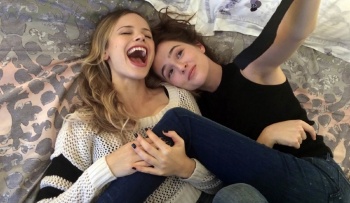 After a party, the quartet drives home, with the driver at least somewhat inebriated, and get into an accident. Samantha wakes up the next morning in her bed – except it’s not the next morning. It’s the same day. She has deja vu for the entire day, it all plays out the same, and she once again wakes up, in bed, on the same day. Why? Why is this happening to her? How does one get stuck in a time loop, anyway? These are questions you probably won’t care about for most of the film. We just repeat and repeat, with Samantha hoping for different results but struggling to attain them. She doesn’t even get to learn much that will help her in the next “day.”

Of course, it’s all an excuse for the film to get absurdly on-the-nose with its messages, which include: being yourself, being kind to others, and to live each day to the fullest. I, for one, have never, ever, heard those espoused in a young adult movie before. Good messages, sure, but they’re hammered home to the point that I might have been given a concussion. Or maybe that was from me banging my head into the seat in front every time the day refreshed and absolutely nothing was accomplished. Remember Vantage Point? It’s not that bad, but it sometimes feels close.

I don’t know whose idea it was to do a Groundhog Day/Mean Girls mashup but make it a serious young adult drama, but it was a mistake.

What worked in Groundhog Day doesn’t translate here. Why? The characters in Groundhog Day were interesting, for one. Samantha’s entire arc sees her be a jerk and then not be as much of a jerk. Lindsay gets a little more character depth; Samantha winds up largely being a blank slate. One has to assume that there was inner dialogue in the novel that gave her more character and it was simply ignored for the film adaptation. All the girls are largely uninteresting and do not make for characters for whom you want to root. It has less character depth and development than Mean Girls! Probably even less than Mean Girls 2, and we don’t talk about Mean Girls 2. Meanwhile, comedies can get away with a lack of depth a lot easier than dramas – if we’re laughing, we don’t care.

There are times in which Before I Fall comes alive. The first is during the section where Samantha decides to go pure id – but the film abandons that halfway through the day, because that was too much fun, I guess. The movie really doesn’t want you to have fun; it’s so melodramatic and heavy-handed for most of its running time that you wonder if the original novel was written by a moody teenager. The second is when Samantha has a realization, and the film suddenly gets lit like it’s The Neon Demon and the music gets incredibly loud and “thrilling.” This scene is so unintentionally hilarious that I almost started to enjoy myself.

I don’t know whose idea it was to do a Groundhog Day/Mean Girls mashup but make it a serious young adult drama, but it was a mistake. Maybe that’s what the novel was like, but it didn’t translate well to film. The actors aren’t bad, but many of them are playing cartoonishly monstrous characters – to the point that (1) you don’t believe any turnaround and (2) you can’t root for them. Its moral, “life-changing” platitudes are worn out to the point that, if you’re over the age of 12, they won’t have any impact on you. Mostly, though, it’s just a whole lot of mediocrity. There isn’t much good about it, but it’s not outright terrible filmmaking; it’s just kind of dull, uninteresting, uninspired, pointless, and sometimes annoying. It’s a melodramatic young adult movie that doesn’t work – what else is new?

Recommendation: Just read the book if you need to experience this story. The movie is mediocre at best.