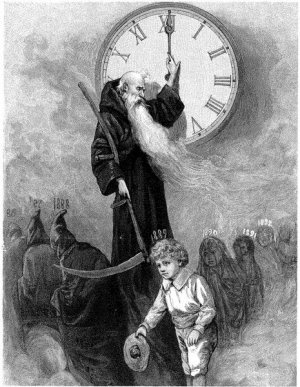 Listen, writing is hard. I’m not talking about the kind of writing involving logging on to an internet forum and saying “p0wned!” after someone else makes a joke. Or even making the joke, which isn’t very far removed from the kind of writing frequently displayed on the bathroom walls at truck stops (“Here I sit, broken hearted …”). I’m talking about “show up to work every day, crank out thousands of words of insightful content carrying the banner of your employer and it better increase our content by XX percent over last month or you’re back to flipping burgers” writing. The kind we do here at The Escapist, and the kind everybody else with a website or magazine does.

For one thing there a lot of style guidelines to follow (Rules you often forget – ed), substantive rules not to break (keep the number of times one uses the word “twat” to a minimum) and legal statues one must avoid running afoul of (you can’t say George Bush was a cocaine addict and a draft dodger without proof), there’s also the perennial problem of staring at that blank page and waiting for something to appear. Is it like college, where if the professor is 15 minutes late, class is canceled? I’d get a lot more time in at the gym (Xbox) if that were the case.

No, I’m afraid it’s nothing like that. When you’re a writer, a real, get paid to make words for somebody else and do what they say writer, you just have to stick it out until something worth writing about comes to mind. Or know how to juice the works if nothing ever comes. It’s a hard knock life, but it sure beats the hell out of tarring rooftops in July. So we deal. Scotch helps.

But occasionally – just occasionally – it’s a long row to hoe. Like now, for example, when all of the holiday rush titles have rushed and gone, and all the newsmakers are still leaning back in their La-Z-Boys feeling the burn from too much holiday ham. This is why so many outlets go with the annual “Best Of” list around the holidays. For one thing, making lists is easy. For another, the end of an old year and the start of a new one is the perfect time to take stock and pore over everything you’ve experienced the past 52 weeks, sift out the weevils and make a nice, Easybake “Happy New Year” cake.

My problem? I hate doing that. Also, if it’s worth showing up in a “Best Of,” I’ve probably taken the time to write about it during the course of the year. I don’t like writing about things that suck, nor do I like doing a job twice. So for my best-of, I’d recommend going back over my editorials and feature articles for the past year. That’s the best of what I’ve seen in 2007. The worst? Now that’s a different story. 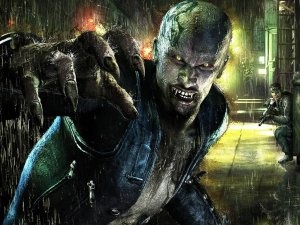 Worst Game (I Bothered Playing)
There were a lot of bad games released in 2007, several of which I picked up in the last two months. The worst game I bothered playing was probably Medal of Honor: Airborne.

The Simpsons sucked, but we had to expect that. And there was no shortage of bargain bin fodder, but you have to wonder how somebody could take a game where you shoot Nazis and parachute from the sky, two things that are impossible to screw up, mix them together and produce a game as boring as MOH:A.

We could dissect the game for days to try to figure out where, exactly, they went wrong. Are the Nazis too strange? The parachuting too uninspiring? All of the above? Who can say. And really, why bother. This series jumped the shark around the time EA rediscovered the Pacific campaign, and the gimmicky, clumsy parachuting won’t save it.

Worst Game (I Didn’t Bother Playing)
I wrote a play in 1999 that was a parody of ’50s-style sci-fi horror films, the basic gist of which is usually that Science has created some aberration of nature that’s seemingly unstoppable, until a painfully obvious solution presents itself and humanity is saved. In my play, the planet is attacked by alien zombies that are seemingly indestructible – until it rains. The end.

Imagine my surprise when I discover AQ Interactive and Artoon have stolen my stolen idea. Vampire Rain is a game for Xbox 360 starring you against an army of seemingly unstoppable vampires. You can’t hurt them – until it rains. Then, they’re like pussycats. And even here I’ve made it sound more interesting than it really is.

I like vampires and rain, but mixing the two is like making a marshmallow martini. I decided to pass, and you should, too.

Worst Disappointment (Game)
There were a number of games I was really looking forward to playing this year, and a few I didn’t know I was looking forward to until I played them. Most of these exceeded my expectations, and the hours I spent playing them felt like coming home to the smell of hot apple pie and the sight of a beautiful woman wearing an apron and a smile, with a drink in one hand and the other free to … take my coat. The exception was Kane & Lynch.

I was looking forward to this game after I saw it at E3. It looked like the perfect blend of action and storytelling, and all the problems I have with games (load screens, mission briefings, clumsy “context sensitive” controls) looked to have been addressed. What I didn’t know from seeing the game presented was the game that actually got these things right was Call of Duty 4, and the scenes I saw of Kane & Lynch had been carefully choreographed to hide its flaws.

The actual game is complete shit. The graphics are sub par, the gameplay is clunky and uninspired and the level design is pretty much brainless. The best part of the game is its story, which, I have to admit, is pretty neat. A deal goes bad and a ruthless mercenary has to set things right while being saddled with a psychopathic watchdog set on him by the folks he tried to screw over? Kidnapping the daughter of the guy you need to lay some heat on to get back what’s yours following a high speed van chase followed by a bank heist gone completely wrong? On paper, this was the best game of 2007. On disc, it’s a waste of $60. 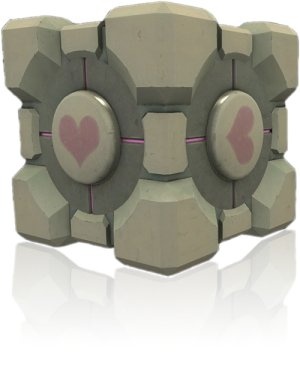 Worst Disappointment (Scandal)
I have to be honest on this one, the most disappointing part about the Morgan Webb sex scandal is there hasn’t been one yet. Come on, Morgan. You’ve been in the public eye for years now. It’s time to let your hair down and get caught in flagrante delicto in the back room of some night club with the husband of someone important. Or have a sex tape stolen. Or something, anything. Get cracking.

Aside from that non-scandal, the most disappointing scandal of 2007 was Gerstmangate.

Long story short, Jeff Gerstman reviewed Kane & Lynch and was apparently as disappointed in the game as I was. Unfortunately the publishing company, Eidos, had bought a crap ton of advertising at Gamespot, where he posted the review. Eidos gets on the phone and reams out Jeff’s boss, the reaming rolls downhill to Jeff, Jeff loses his job and hilarity ensues.

Unfortunately, aside from third-hand reporting and a few off-the-record tears spilled in after hours beers, there’s nothing really to report here. We suspect Eidos was unhappy about the review, and that they asked someone at Gamespot to change it. But was Jeff asked to do so? Was the advertising sold with the understanding there’d be a positive review of the game being advertised? And was Jeff actually fired because he wouldn’t play ball?

Nobody’s talking. We can assume, but unless someone involved grows a pair and remembers that we’re dealing with videogames here and not matters of national security we’ll never know for sure, and that’s a damn shame.

Worst Dressed
No fluff piece would be worth reading without this salacious category, and I thought it was the perfect way to cap off my wrap-up of the past year. Unfortunately most of the people/things I’m qualified to judge all have ridiculously stupid fashion sense.

Game developers? Take a T-shirt, add ripped jeans, throw a suit coat over the top and call it good. Well, not “good” like, “would pass in the real world” good, but for developers working the after hours events at E3, this is the uniform de rigour. The same goes for journalists, just subtract a few hundred dollars from the retail price of the ensemble. This usually comes out of the shoe budget. And considering the fact I own several outfits just like this, I’m not calling foul just yet. Not until my tailored suits come back from the cleaners.

So that leaves game characters. And for some reason I just feel silly commenting on the physical appearance of rendered facsimiles. But it’s Monday, I have a deadline and I’m committed to this so here goes.

The worst dressed videogame character of 2007 was the Weighted Companion Cube. Seriously, how many pink hearts do you need?