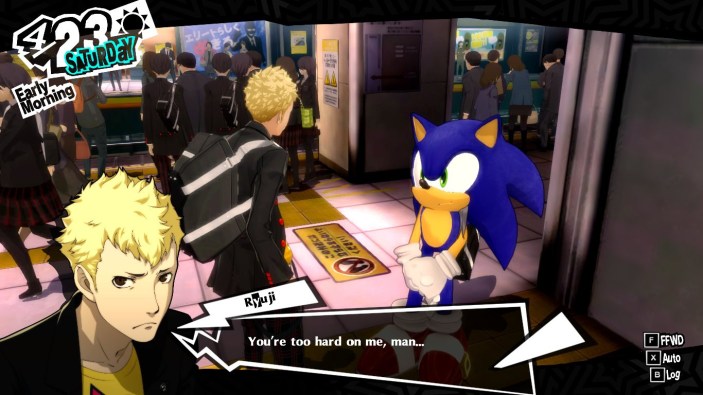 What are the best Persona 5 Royal PC mods? We have put together the very best in a convenient list for you.

First of all, you’ll need to know how to install mods, which is fairly painless. You’ll likely have the best luck installing through Reloaded II, since it installs prerequisites for mods and is a simple solution. There are links to one-click install through Reloaded on almost all the mods listed below.

A List of the Best Persona 5 Royal PC Mods

There’s a wealth of great battle music in Persona 5 Royal, but it’s tied to what costume you’re wearing, so the only way to hear it is to constantly change costumes through the menu. With this mod, you’ll instead hear random battle music and victory themes from the whole range.

As a bonus, this doesn’t randomize important battles with unique music. Install this one once you’ve heard the basic tracks a few times and start to get sick of them, because it’s a lifesaver.

This one’s for the Persona 3 fans. It replaces the boring Gekkoukan High costumes by giving each Persona 5 cast member the outfit of a corresponding Persona 3 cast member. You can finally have Ann wear Yukari’s clothes. Perfect.

3. Better Descriptions for P5R by SoraRoxas

If the vague, number-light descriptions of Persona 5 bother you, this mod gives percentage chances of status effects and exact damage numbers. It could be more information than you need, but at least you’ll know which attacks are actually stronger.

These mods change the keyboard and controller UI icons so they look more in line with the game’s other UI and are a bit easier to read. Give them a try if the default look annoys you.

If you’re a fan of main-series Shin Megami Tensei, this mod includes some cool outfits from SMT I, II, III, IV, V, and Strange Journey. Costumes are fun!

These aren’t technically mods, but they might be useful for players who’ve played a version of Persona 5 before.

If you’ve finished the original Persona 5 and want to carry over your New Game+ benefits, the above NG+ save files are for you. They allow you to choose certain NG+ benefits to carry over, which lets you just take your stats to avoid worrying about time management or completely break the game with all the money and Personae.

On the other hand, if you’re playing the game a second time, skipping the tutorial is an hour-long timesaver and allows you to start a fresh file not locked down by endless cutscenes and Morgana telling you to sleep.

If you ever felt certain party members weren’t worth using in the mid-late game, this mod attempts to fix that without completely changing the feel of their move sets. Characters like Yusuke and Ann get expanded and upgraded move sets that make them a little better later on. If you haven’t played the game, you’ll probably find it easy enough on Normal anyway, but if you’ve played before, this could be a fun way to spice up your party choices.

8. 346/3 Days Port for P5 Royal PC by Ruined Fox and Sonic the Hedgehog over Joker by DniweTamp et al.

These are the most amazing and silly mods I came across. You can replace the Phantom Thieves with Kingdom Hearts 358/2 Days characters or replace Joker with Sonic the Hedgehog. I have no idea why you’d want to do this, but now you can.

That’s our list of the best Persona 5 Royal mods for PC! Have fun with them.