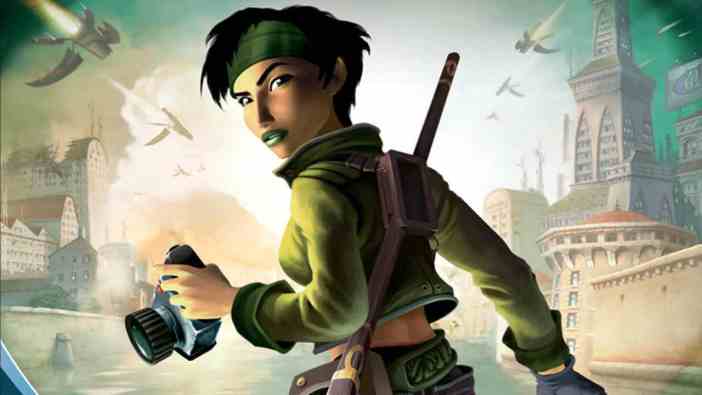 Ubisoft’s cult classic adventure game Beyond Good & Evil is set to be made into a movie. According to The Hollywood Reporter, Netflix will produce the project in collaboration with Ubisoft Film & Television. Meanwhile, Rob Letterman, known for last year’s game-to-film adaptation Detective Pikachu in addition to Jack Black films Gulliver’s Travels and Goosebumps, will head up directorial duties.

The Ubisoft game first launched in 2003 and cast players as Jade, a photojournalist in the 25th century who gets caught up in the resistance against an invasion. An HD remaster was issued in 2011. After years of hints and teases, a prequel to Beyond Good & Evil was officially announced in 2016. That project has had several promising showings at trade shows, though the latest news is that it still is not expected to arrive until next year at the earliest.

The Beyond Good & Evil Netflix adaptation is currently in the early stages of development, with the search for writers underway. As such, no details of whether it will follow the first game or be an entirely new story set in the same universe are yet available.

The film represents the latest effort in Ubisoft’s concerted push into the film market. The company released an Assassin’s Creed film several years ago and currently has adaptations of several major franchises in the works, including The Division, Ghost Recon, and Just Dance. Plus, a Splinter Cell adult animated series was announced just yesterday.