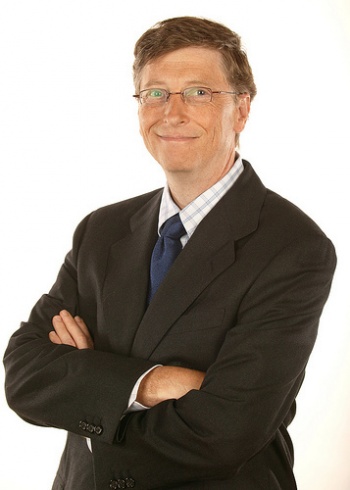 Bill Gates pledged $10 billion in vaccines over the next ten years, which he has projected to save over 7.5 million lives.

Speaking at the World Economic Forum in Davos, Switzerland, Bill and his wife Melinda said that their vaccine program will focus on diseases such as AIDS, tuberculosis, rota virus and pneumonia. Gates has been concentrating on philanthropic work with the Bill and Melinda Gates Foundation since he stepped down as Microsoft CEO in 2008. The Foundation has contributed $21 billion since it was founded in 1994, but the $10 billion is the largest donation to a single cause ever recorded. Living up to his nerd cred, Gates claimed that they ran a complex statistical analysis and found that these vaccines could save over 7 million lives from 2010 to 2019.

“We must make this the decade of vaccines,” said Bill Gates.

“Vaccines are a miracle,” his wife Melinda added. “With just a few doses, they can prevent deadly diseases for a lifetime. We’ve made vaccines our priority at the Gates Foundation because we’ve seen firsthand their incredible impact on children’s lives.”

By significantly scaling up the delivery of life-saving vaccines in developing countries to 90 percent coverage — including new vaccines to prevent severe diarrhea and pneumonia — the model suggests that we could prevent the deaths of some 7.6 million children under 5 from 2010-2019.

Gates also took a shot at other big shots and challenged bankers to use their excessive bonuses to travel to places like Africa to see what their could do there.

I don’t know about you, but I’m kind of in awe at what this man is trying to accomplish. You hear about death tolls and the numbers of people affected by disasters all the time. How many individuals in the history of the world can claim that they personally have saved the lives of 7 million kids?