There has been a lot of speculation and discussion around why Birds of Prey underperformed at the box office. This sort of analysis is a dark art and often just serves as a springboard to other interesting debates about the films in question. In particular, there has been some debate about the decision to release Birds of Prey as an R-rated film.

“This was a huge mistake on Warner Bros.’ part,” argued Erik Kain at Forbes. “There’s simply no reason for Birds of Prey to be an R-rated picture.” Scott Mendelson concurred in his assessment of the box office results, observing, “If there’s a single issue to blame, it was that R-rating.” Brian Lowry of CNN contended the opening was “a blow to the push for more R-rated superhero movies.”

Financially, it makes sense Warner Bros. allowed Birds of Prey an R-rating. Studios have been trying to expand the summer for years, as peak season is saturated with tentpoles. R-rated comic book movies have performed relatively well in the February and March season – 300 was a record-breaker for Warner Bros., while Kingsman: The Secret Service, Deadpool, and Logan performed well for Fox.

However, the more interesting aspect of the age rating debate is whether Birds of Prey “needed” to be an R-rated film. Would director Cathy Yan and writer Christina Hodson have lost anything if it had been recut in order to earn a more accessible (and perhaps lucrative) PG-13 rating?

Audiences tend to see this debate as equivalent to a marketing ploy, a way of differentiating a product from the crowd or making it seem more mature. There must be money in the business of “unrated” cuts of particular movies, based on the volume of them released. Studios have even been rumored to add language or violence to “spice up” G-rated movies to bump them up to a PG rating. So there is reason to be wary of an R-rated superhero film, to speculate on whether the elements of the film that earned the rating were clumsily added as a way of selling the film as more “adult” and “mature.”

There may also come a whiff of moral panic to see R-rated superhero films when superheroes were originally created ostensibly for children. (That said, comics were very popular with American soldiers during World War II.) There is also a wariness – some of it understandable following what happened with comics in the ‘90s – about superhero movies positioning themselves as “adult.”

However, each case deserves to be assessed on its own merits. There is no shortage of superhero movies aimed at a variety of demographics. Younger kids can enjoy The Lego Batman Movie and Teen Titans Go! To the Movies, while slightly older children can enjoy films like Black Widow and Wonder Woman 1984, so it makes sense there’s a place for fare aimed at those even older.

Watching Birds of Prey, it is clear that the R-rating is essential to the film’s identity, in ways both large and small. It is a film designed to showcase a level of violence and brutality that would not be possible on a PG or PG-13 rating. While small cuts could easily be made to scenes like Harley (Margot Robbie) crippling Roman’s (Ewan McGregor) driver, they would hurt the film.

Cathy Yan directs Birds of Prey like a live-action Looney Tunes short. While that cartoonishness could be preserved in an edit, that would strip out the juxtaposition of basic physics and biology with that slapstick – the snapping of bones after a comical impact, the snorting of cocaine that evokes Popeye eating spinach. The film’s sensibility often lies in that contrast. 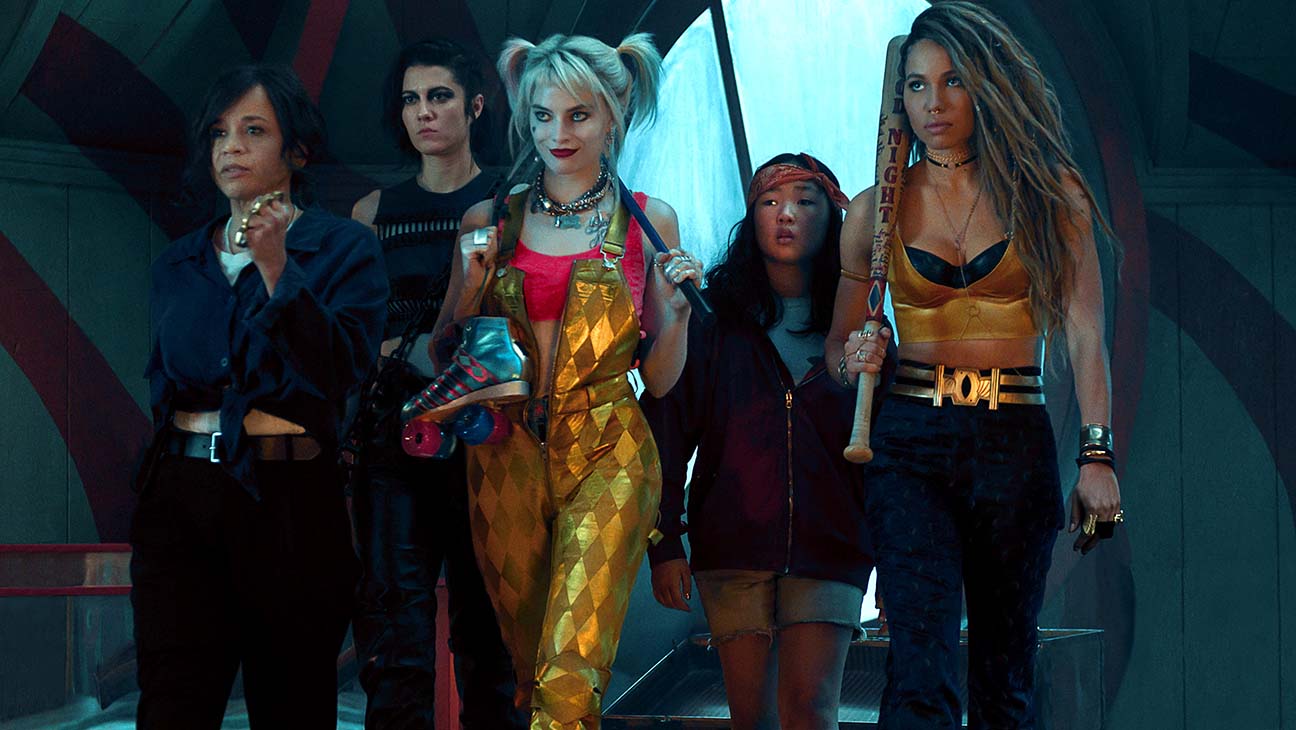 That said, the violence and brutality, while woven into the fabric of the film, are not the strongest argument in favor of Birds of Prey’s R rating. After all, these elements could be trimmed, even if there’s little to suggest that the result would be more interesting or compelling. Instead, it’s the fact that Birds of Prey is defined by smaller scenes that were only really possible within an R rating.

In his criticisms of the R rating, Kain drew attention to two particular scenes. One of them is an attempted sexual assault, which would most definitely have been cut from a PG-13 film. A drunken Harley is taken into an alleyway, groped and kissed without her consent, and almost loaded into a van by two men. The context of the scene is inescapable. It’s an uncomfortable watch.

However, the scene serves to unite Harley with Black Canary (Jurnee Smollett-Bell), who witnesses the scene and decides to intervene. Could Birds of Prey have brought the two characters together another way? Sure, but that would gloss over the unique feminine dynamics of the scene; protecting a drunken friend on a night out from predators is a worryingly important part of female friendships.

Kain also criticized the inclusion of a late scene in which Roman Sionis forces a woman to strip and dance in the middle of the club because he thought that she was laughing at him. It arrives right before the film’s climax and is probably the most uncomfortable thing that Roman does over the course of the film – which is saying something, given that he is introduced carving people’s faces off.

Of course, that discomfort is very much the point of the film. Carving off people’s faces is a fairly standard thing for a movie villain to do – Hannibal Lecter did it in Silence of the Lambs. However, the specificity of Roman’s degradation of this woman is particularly unpleasant. It serves to render him as more than just a generic antagonist.

Again, this aspect of the film is specifically gendered. Roman’s rage at this woman is provoked when he catches her laughing out of the corner of his eye; he thinks she is laughing at him, even though she is not. The scene literalizes Margaret Atwood’s oft-cited observation that men are afraid that women will laugh at them; women are afraid that men will kill them.

These aspects are essential to the film’s worldview. (One of Roman’s “grievances” with Harley is her “having a vagina.”) Their abrasiveness distinguishes Birds of Prey from, say, the safer feel-good feminism of Wonder Woman. This isn’t to say that one approach is inherently superior, just that there should be room at the table for a more diverse array of perspectives on the same ideas.

These elements could be removed or trimmed, but they would fundamentally alter what Birds of Prey is saying about the experiences of young women. It would erase a great deal of what the movie is “about.” It would be akin to stripping out all the references to the military industrial complex in The Dark Knight or any reference to colonialism in Thor: Ragnarok.

Superhero stories capture a more heightened and exaggerated experience of life. Young men might not be able to “do whatever a spider can,” but they empathize with the absurdly heightened pressures placed on Peter Parker. People may not have giant green rage monsters inside of them, but they can still understand the emotional volatility and contradictions of the Incredible Hulk.

Birds of Prey does something similar for young women, with these elements offering cartoonishly heightened reflections of familiar experiences. Stripping out these elements would result in a much blander film. There is a debate to be had about whether a more generic film would have performed better at the box office, but there’s no doubt that it would be a very different film.