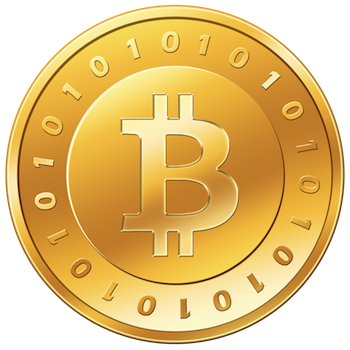 Now that it’s worth a mint, people are beginning to realize what Bitcoins are.

For the first time ever, a Bitcoin is worth over $1,000 per unit, on all exchanges. At time of writing bitcoinprice rates it at 1006.48, which means that 7,500 stash that some loon lost in a landfill is now worth over $7.5 million, and rising.

But he isn’t the only one to have suddenly realized Bitcoins are worth real money. “Over the last few days, my friends, parents friends, and people that I never thought would buy Bitcoin have contacted me,” says Dan Held of ZeroBlock, “not asking ‘what is Bitcoin,’ but ‘how do I get Bitcoin?'”

China is driving the market price. The largest Bitcoin exchange in the world is Chinese, and Beijing-based Baidu is one of Bitcoin’s chief boosters. Support for Bitcoin doesn’t hurt China’s US$ reserves, and Bitcoin’s well regarded in Africa, where China’s establishing strong trade relationships.

Just how high will it go? Well, look at it this way. Remember that story back in July, when someone used the ESEA to put Bitcoin mining malware onto player’s computers? The amount allegedly raised was something close to $4,000, at a time when Bitcoin was trading for about $75 a pop at its highest mark. That means the Bitcoin stash was probably close to 53 coins, give or take. The same stash would be worth over $50K today.

I really want a time machine right about now.

8 Serial Killers From Your Favorite Movies