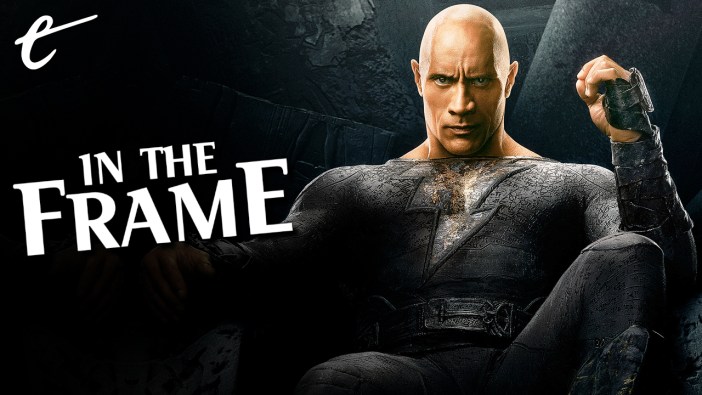 Much has been written about the death of the movie star and whether Leonardo DiCaprio or Tom Cruise should be considered the last surviving specimen. However, the release of Black Adam this weekend provides some small comfort of the idea of the movie star as a Hollywood institution. At the very least, the classic movie star vanity project is alive and well.

Critics credit the decline of the movie star to the rise of franchise filmmaking and the Marvel Cinematic Universe, arguing that people go to see Thor movies but not Chris Hemsworth movies. This may be an oversimplification. After all, recent Marvel projects Eternals and Doctor Strange in the Multiverse of Madness both included post-credit stingers that were banking far more heavily on the star power of performers Harry Styles and Charlize Theron than of the characters Starfox or Clea.

Nevertheless, modern movie stars have had to adapt to a shifting landscape. One of the key strategies has been to acknowledge that intellectual property is now the industry’s driving creative force and so attach themselves to an established brand to buoy their own star power. Tom Cruise is perhaps the best example of this, to the point that the Mission: Impossible franchise is completely inseparable from his star persona. Despite his initial reluctance to make it, so is Top Gun: Maverick.

Other stars have made similar efforts to varying degrees of success. Ryan Reynolds spent years looking for the right star vehicle for his talent, until he willed Deadpool into existence. That franchise seems to have provided the template for Reynolds’ subsequent career, his work on everything from Free Guy to The Adam Project. Will Smith tried to hop on the superhero bandwagon with Suicide Squad, but that was a much less comfortable fit. Smith’s natural charisma played against the role.

This is part of what makes Black Adam so interesting. Unlike many modern superhero films, Black Adam is completely inseparable from the star at its center. The Rock first formally announced his involvement with the project in September 2014, and for years it seemed like a joke that was never going to actually happen. There were rumors of cameos in Shazam!, Man of Steel 2, or Suicide Squad 2, but the project never seemed to gain any real traction. 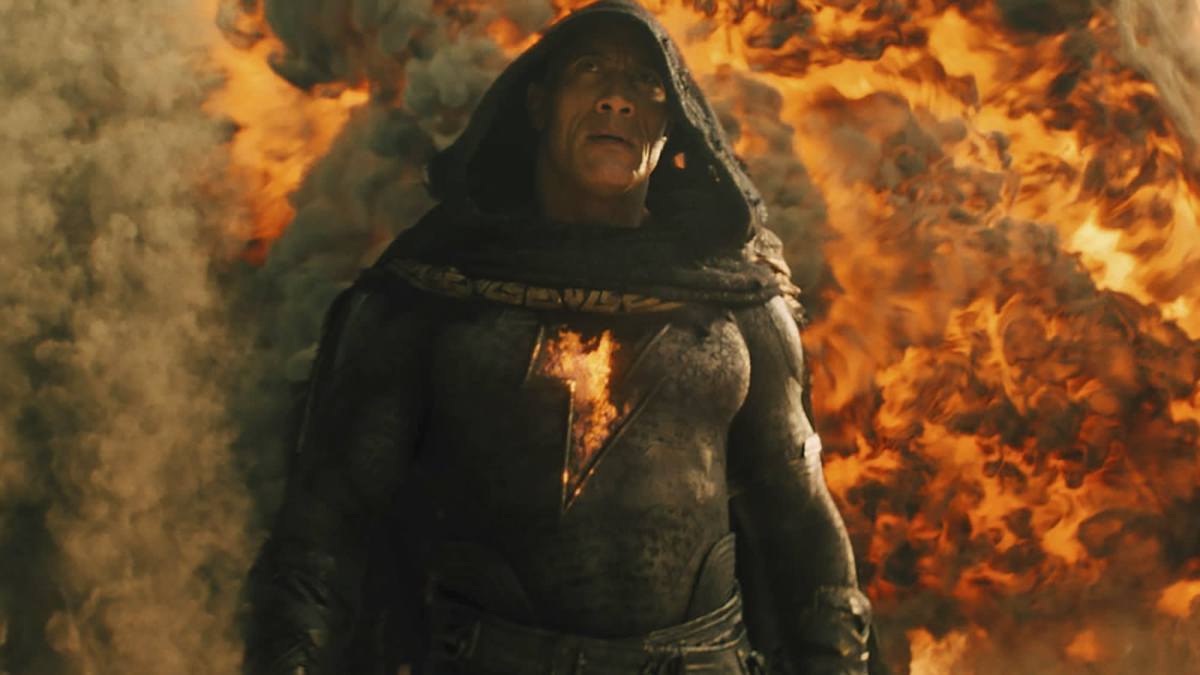 When Black Adam did enter production and work towards release, it was immediately clear that Dwayne Johnson was the engine pushing the film forward. Warner Bros. hired Jaume Collet-Serra to direct, who had previously worked with Johnson on Jungle Cruise, and was well on his way to joining Rawson Marshall Thurber and Brad Peyton as the sort of basically competent journeyman that could be trusted not to venture too far from the formulaic template.

Perhaps reflecting his experience as a professional wrestler, Johnson became a one-man hype machine for Black Adam, which was a movie that didn’t seem to fit particularly comfortably with Warner Bros.’ ambitions for the DC brand. He promised that “the hierarchy of power in the DC universe is about to change.” He even seemed to push his own catchphrase for “the Man in Black” — the decidedly family-unfriendly, “Too-dah-loo, motherfucker!” It does not appear in the movie.

Johnson is a fascinating figure. He is undeniably a massive celebrity. He was the second highest-paid movie star of 2017. He has a bunch of extremely lucrative side hustles like Zoa Energy or Teremana Tequila. He has been mooted as a possible celebrity presidential candidate, and he has expressed both interest in and reticence about running. However, there is one lingering unresolved question about Dwayne Johnson as a movie star, and it’s hard to phrase it delicately: Has he ever made a great film?

Johnson emerged as an obvious action star at the moment that Hollywood stopped making conventional action films. In many ways, Johnson felt like the spiritual successor to performers like Arnold Schwarzenegger or Sylvester Stallone. Schwarzenegger even winkingly endorsed him in a small cameo in The Rundown, telling him to “have fun” with his career. However, the industry had shifted in such a way that Johnson could never have Schwarzenegger or Stallone’s careers. 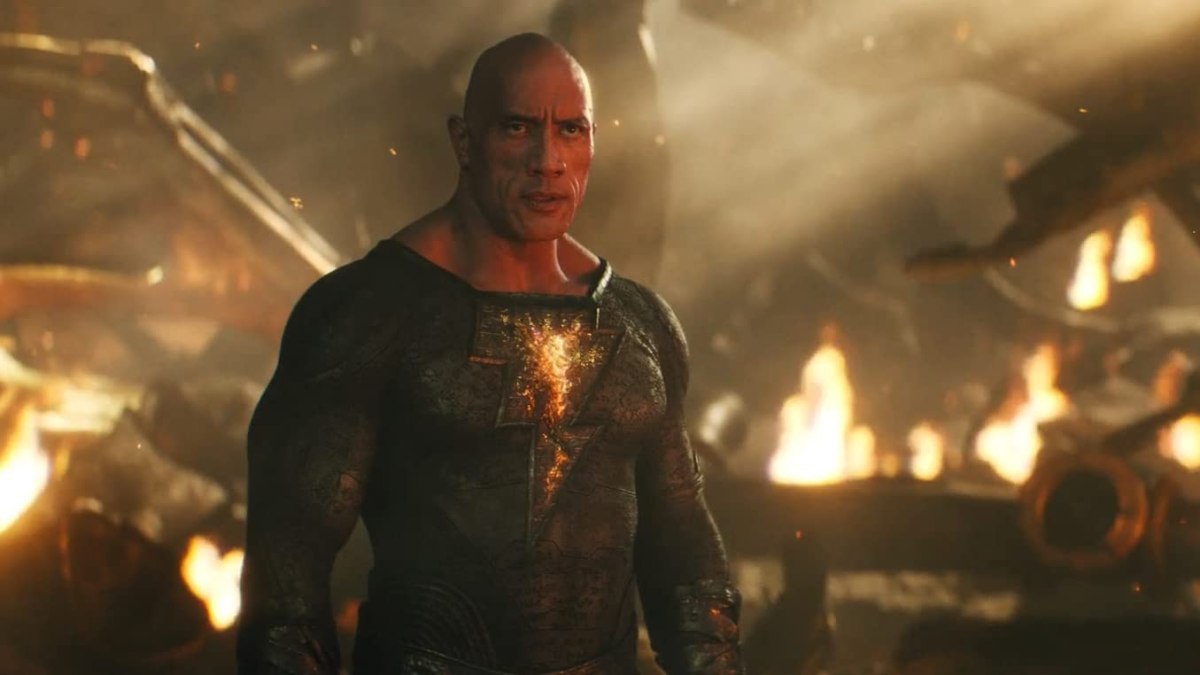 Early in his career, Johnson took a few big swings. He appeared in Be Cool, the sequel to Get Shorty. He worked with Richard Kelly on Southland Tales, the director’s follow-up to Donnie Darko. Both of these projects were humiliating critical and commercial failures, and Johnson has talked about how he took the failure of Southland Tales “in the gut.” These embarrassments pushed him towards more generic and conventional (and forgettable) fare.

Rotten Tomatoes is not always a great indicator of such things, but Johnson’s best reviewed movie is Moana. It is a great film and he gives a wonderful performance in it, but it doesn’t feel like “a Dwayne Johnson movie.” His next best reviewed movie is the charming (and underseen) Fighting with My Family. He produced that lovely biopic but has a small supporting role as himself. The top five are rounded out with two Fast & Furious movies and his fun cameo in The Other Guys.

Johnson has yet to produce a film comparable to either of the first two Terminator films, Rocky, or even Rambo. There’s a solid argument that Johnson’s biggest legacy to this point in his career is rejuvenating the Fast & Furious franchise in Fast Five, and even that franchise ended up as a tug of war between Johnson and Vin Diesel. So Johnson is a fascinating contradiction: a popular and financially successful movie star without any real star-defining roles under his belt.

Given the unusual shape of Johnson’s career, it makes sense that Black Adam itself should turn out to be an oddity. The film often feels like a simulacrum of a superhero movie, as if somebody fed a hundred superhero films into the cinematic equivalent of DALL-E and asked it to produce a blockbuster. There is a lot of action and clumsy exposition, along with plenty of carefully recreated and out-of-context images lifted directly from the first page of search results for various characters. 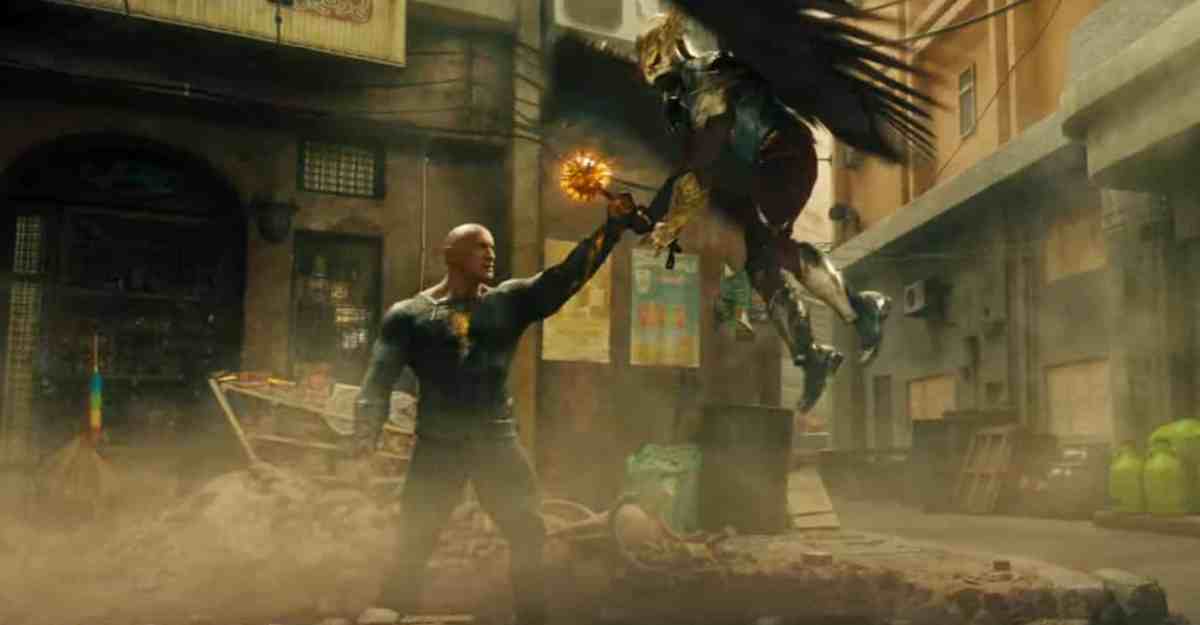 The film gestures just broadly enough at concepts like interventionism and lethal force that it accrues some semblance of substance, but it’s all an elaborate façade. It is just a new paint job on one of the great Hollywood traditions. Watching Black Adam, it is impossible to suppress the feeling that the movie exists for one purpose and one purpose alone. Black Adam happened because Dwayne Johnson wanted to play a superhero and because he wanted to eventually beat up Superman.

Johnson’s ownership of the project can perhaps be gauged by the extent to which Black Adam allows itself to slightly deviate from his established star persona. Johnson’s recent career has been defined by an uncanny wholesomeness, so it is interesting to see Johnson play Teth-Adam as an anti-hero who is not afraid to kill. In wrestling terms, Teth-Adam is perhaps best understood as a heel who makes a face turn. It is something of a callback to Johnson’s early work on The Scorpion King.

Of course, it is important not to oversell this. Teth-Adam is, like most Johnson characters, completely sexless. The film also goes out of its way to give the anti-hero an adorable young superhero fan as a companion (Bodhi Sabongui), who serves to tether Adam to the side of good. It’s a move taken more directly from the classic action movie cinema playbook than anything in Johnson’s recent projects, recalling movies like The Last Action Hero or even the recent Samaritan.

Johnson may have been inspired to latch onto Black Adam by Ryan Reynolds’ success with Deadpool. After all, Johnson and Reynolds go way back. Johnson has claimed that he has known nobody in Hollywood longer than he has known Reynolds. Their paths crisscrossed while promoting Van Wilder and The Scorpion King. The two were supposed to star in Ride Along together. The two cameo in each other’s projects (Hobbs & Shaw and Free Guy) and starred together in Red Notice. 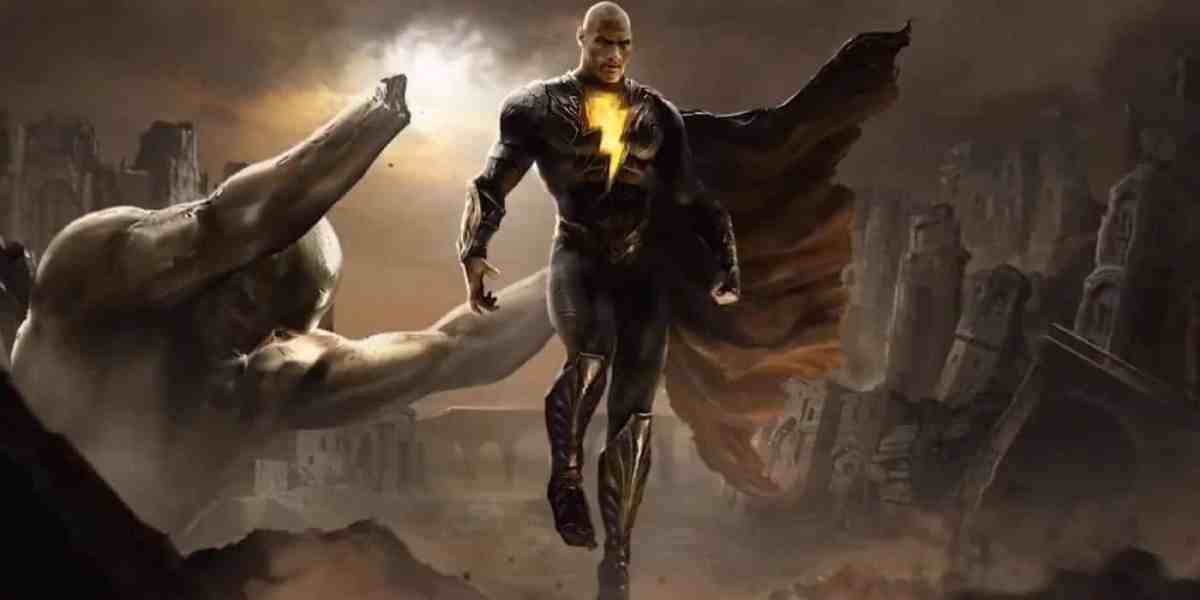 To watch Black Adam is to see an intellectual property bend to the whims of its star. Black Adam is a villain most associated with the third-tier (at best) DC superhero Captain Marvel, who has since been rebranded Shazam. The character has only had two solo series, one of which only launched last year. It’s weird for a villain of a mostly unknown hero to get his own movie. It’s weirder that this spinoff wasn’t even seeded in Shazam! and is unlikely to tie back into the sequel, Shazam! Fury of the Gods.

Instead, Johnson has decided Black Adam’s arch-enemy is Superman. Johnson has made no secret of his plans for a showdown between the two. He has discussed “fighting” to bring Henry Cavill back as Superman, perhaps helped by the fact that they share the same manager. To Johnson, such a confrontation is “the whole point of this.” It is even teased in the post-credits scene of DC League of Super-Pets, in which Johnson voices Krypto the Wonder-Dog, Black Adam, and Black Adam’s dog.

It goes without saying that Black Adam and Superman have no real established relationship in the comics. This has very similar vibes to William Shatner writing and directing Star Trek V: The Final Frontier and deciding that the only villain worthy of Kirk was the literal Satan. (It was later revised down to an alien posing as God.) It will be interesting to see if Johnson applies Vin Diesel’s infamous points-based combat scoring system from the Fast & Furious franchise to a superhero knockdown.

Johnson has been very canny in marketing Black Adam. He has been careful to stress that the movie is “for the fans.” He has talked about “listening to the fans” and trying to “give the fans what they want.” It’s something that feels a lot like astroturfing, Johnson branding something that he clearly wants as an idea that came from the fans so he can present himself as a champion of fans while pushing for his own desires. It’s incredibly cynical and patronizing, but it is shrewd.

The past few years have been very interesting, watching movie stars adapt to the franchise-driven landscape. Even in that context, Black Adam is something truly special. It’s an old-fashioned movie star vanity project dressed up in the trappings of a fan-service intellectual property blockbuster.