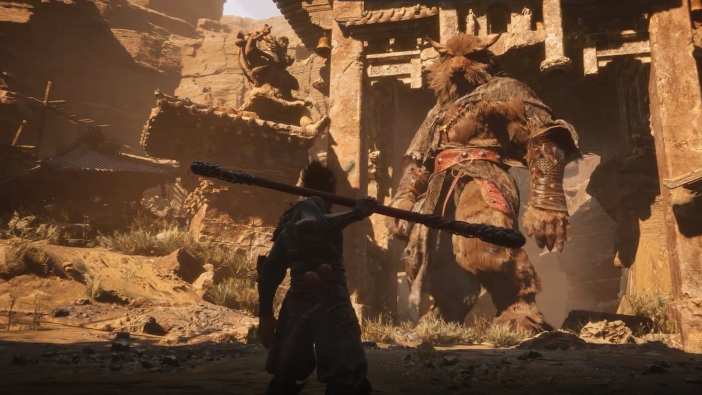 To mark Chinese New Year later this week, Game Science has shared a three-minute trailer from its upcoming action RPG, Black Myth: Wukong. The game is based on the classic Chinese tale Journey to the West, though relatively few concrete details of this adaptation are available.

The new trailer shows off more of the best-in-class production values that have helped Black Myth: Wukong to attract considerable buzz already. There’s more of the slick environments, imaginative enemies, and fast-paced action-adventure gameplay. The highlight, however, is what appears to be a boss battle, pitting protagonist Sun Wukong (King Monkey) against an anthropomorphic two-headed rat. The battle shows off brilliant use of particle effects and HDR lighting to emphasize a sense of spectacle.

Black Myth: Wukong first came to the public’s attention with a 13-minute trailer last year, which was based on around two years of effort. Developer Game Science describes it as a single-player action and role-playing game, while others have called it a Souls-like. The game is being developed using Unreal Engine 4, targeting release on PC and other mainstream and cloud platforms that have not been specified. However, excited players will have to wait, with the game not currently expected to release before 2023.