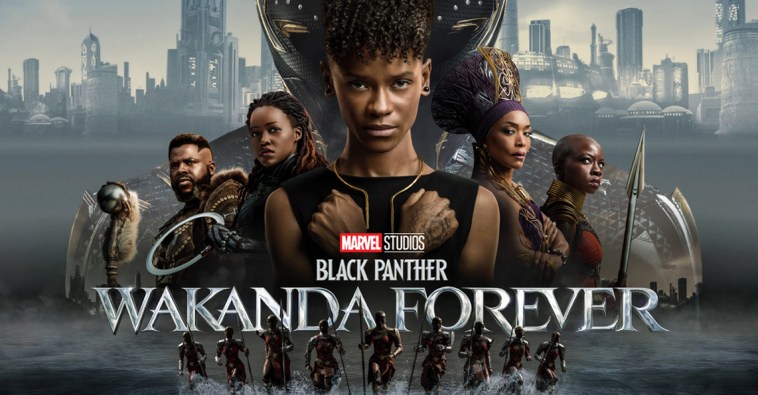 Marvel Studios has released the second, official trailer for the Ryan Coogler movie Black Panther: Wakanda Forever, revealing a new, female Black Panther that may or may not be Shuri (Letitia Wright). The tail end of the trailer reveals a woman in the special suit, and a new poster for the film places the focus on Shuri. Regardless of who dons the suit though, the movie will feature an all-star cast of predominantly actors of color, as Wakanda comes into conflict with the underwater civilization of Talocon, led by the mutant Namor (Tenoch Huerta). The whole film will be a tribute to and celebration of actor Chadwick Boseman and the character he made famous, T’Challa, following Boseman’s tragic death in 2020.

Check out the Black Panther: Wakanda Forever official trailer below, including a first look at a new female Black Panther, another look at Tenoch Huerta as Namor, and a quick reveal of Riri Williams apparently in her Ironheart armor.

Wakanda revealing itself to the world has apparently placed the similarly secretive Talocon in danger, and now the two nations are evidently engaging in high-intensity politics that may result in war. It’s a pretty thrilling premise, and Ryan Coogler has already demonstrated with the first Black Panther that he knows how to direct a sweeping epic with a huge cast. It’s just a shame that Chadwick Boseman isn’t here to be a part of it.