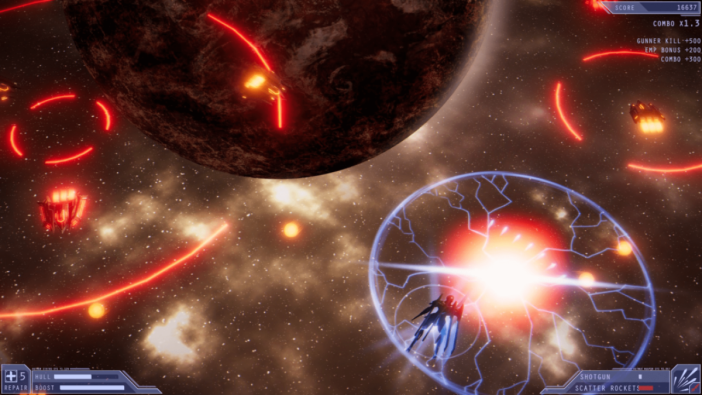 Toronto-based Sleepy Spider Studios launched in 2016 with the turn-based fantasy digital card game Legions of Tyrandel. For its second outing, the studio is trying something completely different: an arcade-style twin-stick space shooter where players use a mech to fight waves of alien spacecraft.

Releasing on Steam in February, Project Aether: First Contact will have nine levels and 30 mini-mission trials for a total of about four-to-five hours of gameplay with four difficulty modes ranging from easy to intense. Each level starts in space, with players fighting some of the eight basic enemy types through shooting, dashing around to avoid attacks and damaging terrain, swinging with a sword, and utilizing an EMP burst that allows you to detonate a beleaguered opponent and blow up everything around it. The second part of each level is set on a planet with a unique terrain type and boss that can be dismantled by knocking smaller ships into it and focus firing using your EMP.

“The core gameplay loop doesn’t change much throughout the game,” Premrl said. “The backgrounds are varied to keep it from feeling stale.” 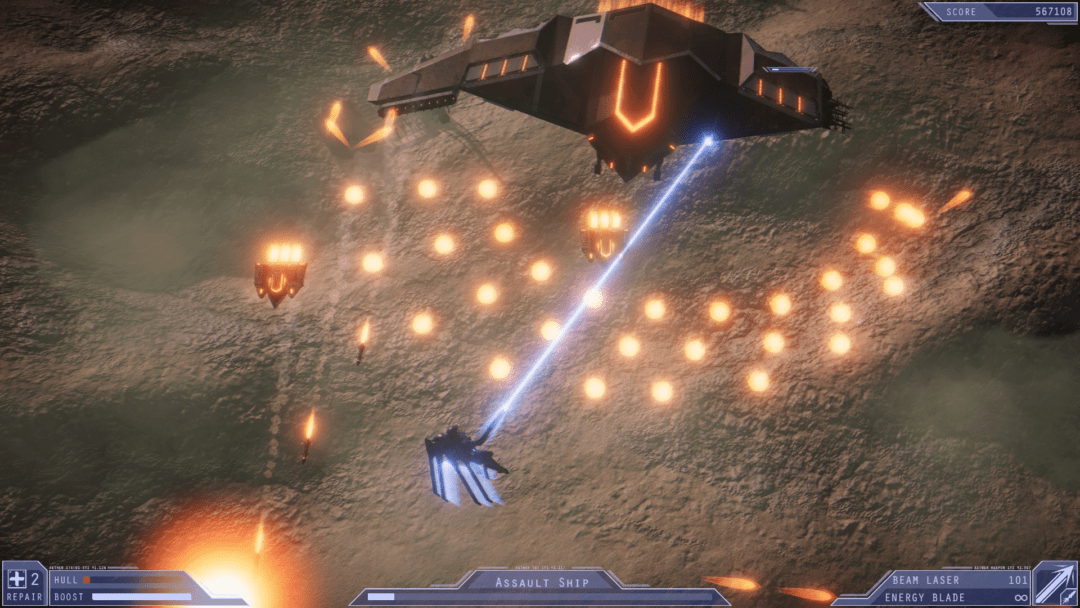 As Project Aether: First Contact progresses, you unlock up to six guns and different types of dashes and EMPs that allow you to fine-tune your strategy by increasing your damage output or reducing it to gain defensive powers like a temporary shield. When you get a breather between flights of enemies, you can patch yourself up using one of the limited number of repair kits you get each level.

On lower difficulties you can continue even if you lose, though it will affect your leaderboard score. As the levels unfold, so will the plot, which sees players controlling a mech test pilot who must figure out where the hostile ships are coming from, what they want, and how to stop them from wiping out humanity’s space colonies.

While he was demoing Project Aether: First Contact at EGLX, Premrl said most of the feedback he’s gotten so far has been from friends and family.

“They were all very supportive,” he said. “We spent a lot of time just prototyping the core gameplay loop. It was iterating and iterating and putting it in people’s hands as early as possible, and making sure it was satisfying and easy to pick up and intuitive.”