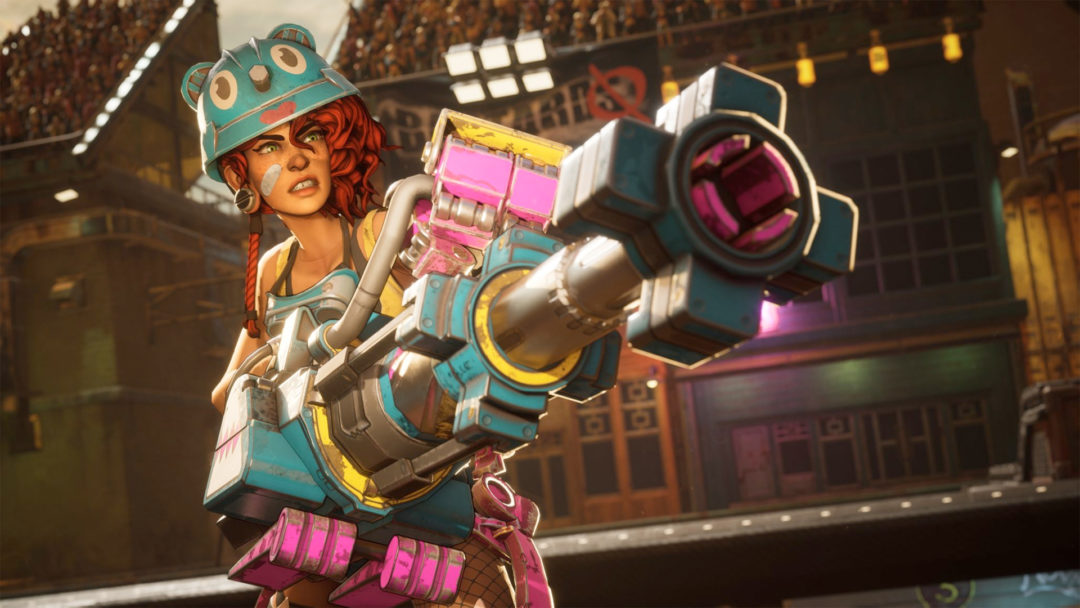 The Overwatch-esque character-driven 4v4 combat game was first unveiled at Microsoft’s E3 2019 press conference. The title will focus primarily on melee combat rather than the gunplay typical of team deathmatch games like Overwatch and Team Fortress 2. Bleeding Edge‘s 12 characters will be divided broadly into three classes: assassin, support, and tank. The game has been in technical alpha since June.

The new trailer depicts the game’s collection of colorful weirdos getting ready for the battles ahead. Unlike Overwatch‘s best-of-the-best heroes, the cast of Bleeding Edge has much more of a “down-on-their-luck Little League team” vibe. The diverse, elaborately outfitted characters struggle at first to land their shots and lift even the puniest of dumbbells. By the end, they’ve overcome their simple challenges or at least learned to cheat by having their giant robots do all the work for them. Hopefully these folks will be a little more fighting fit by the time the game actually comes out.

That gives them four months to get to where they need to be. Bleeding Edge is coming to Xbox One and PC on March 24, 2020.