We’ve previously looked back at the lessons of Summer 2011, which inches further to a close on this largely uneventful (unless of course you’re among the lucky attendees at PAX Prime, of course) weekend. But the thing about lessons is that they are often subtle and nuanced – and Hollywood simply does not deal in subtlety or nuance. Hollywood learns big lessons from taking big bruises. For example, as I may have mentioned somewhere before, it was clear for a long time at the tail end of the 1960s that lavishly produced, dramatically retrograde spectacle cinema was collapsing in on itself, but it took the disaster of Cleopatra to force moviemakers to admit it.

Hollywood, in other worlds, learns its lessons from box office failures or “bombs.” The lessons are not always absorbed correctly – the failure of Terminator: Salvation” seemed to mainly torpedo the end the idea of Christian Bale being a bankable movie star (the new logic: Batman is a bankable movie star, Christian Bale merely plays him) rather than raise the argument that maybe making more Terminator movies isn’t a good idea. Sometimes they are flat-out incorrect – the initial failure of Grindhouse led to an explosion of profitable Grindhouse imitators. But for the sake of continuity, let’s run down some of the biggest duds of 2011’s blockbuster season and the lessons Hollywood will – fairly or not – likely be taking away from them:

The Damage: “Summer Movie Season” now extends all the way back into mid-Spring, and if Sucker Punch had been a hit we may have had to move the post back even further. Well, it wasn’t. Costing close to $100 million and not making that back even after overseas grosses were counted, Sucker Punch was the risky movie Warner Bros. had to let Zack Snyder make in order to keep him happily connected to the studio as a go-to guy for tough properties like the deadline driven Superman reboot, The Man of Steel. Its lackluster performance hasn’t (and probably won’t) hurt Snyder’s career, but it now has a permanent place alongside Scott Pilgrim as a fixture of the “stop making movies for ComiCon crowds!” bleating from the old-guard critical press. And it certainly didn’t do any favors for its main cast of rising female stars – or the notion of female-driven action movies in general.

The Lesson: Sadly, the principal learning experience movie executives are likely to take away from Sucker Punch is a crummy one that they think they already know: That women who aren’t named Angelina Jolie cannot carry an action film. This is one of those confirmation bias things that only seems to work one way – one box office bust starring ass-kicking women is enough for Hollywood to smugly shrug and declare, “See? Nobody wants to see girls in an action movie,” but when the Jason Statham vehicle The Mechanic went belly-up no one would’ve even thought to declare the age of the scruffy balding male action star “done.” A more pertinent (though no less intellectually discouraging) lesson might be that a premise as out there as “confrontational visual essay on gender politics told through symbolic multi-tiered fantasy sequences disguised as sexploitation, as a (literal) ‘sucker punch’ to the darker aspects of male action-fandom” is probably not a pitch you spend quite this much money on. 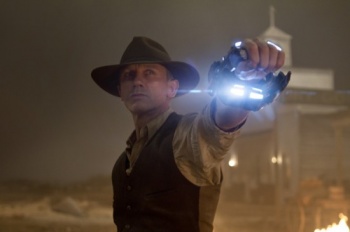 The Damage: Hoo-boy, where to begin? This was supposed to be A) proof that Daniel Craig was an action star outside of 007, B) The return to blockbuster prominence of Harrison Ford, C) Jon Favreau’s confirmation that he is not just the guy who pointed a camera at Robert Downey Jr. in an Iron Man costume and D) maybe even the long-sought key to resurrecting The Western. Instead, It was a costly underperformer with both critics and audiences alike – and one that stood out even more so in a summer when other high-concept genre films were doing pretty damn well overall.

The Lesson: I’d like to think that the lesson here would be obvious, i.e. that having all the right elements in place doesn’t matter if the movie itself isn’t any good, but let’s be real here. The lesson Hollywood has chosen to learn is that genre crossed Westerns don’t work. Barely a month after C&A tanked, Disney shocked the industry by pulling the plug on its proposed $250 million Johnny Depp vehicle The Lone Ranger,” which was to have re-imagined the legendary cowboy vigilante as an Old West werewolf hunter. Really. On the plus side, it doesn’t seem to have dampened things too much for director Favreau, who’s still attached to direct Disney’s ambitious tent pole The Magic Kingdom – in which a family must navigate Disney Land (as in, the park) after the rides, locations and characters magically come to life. (Anyone kinda hope they throw a keyblade in there, somewhere?)

The Damage: Yikes, where to begin? This was supposed to give Ryan Reynolds a career-securing superhero franchise of his own, establish the venerable Silver Age cosmic crime fighter as a player in the new age of superhero cinema, help even out an increasingly one-sided arms race with Marvel Studios, prove that Warner Bros. was actually capable of making successful comic book movies about characters other than Batman, and – depending on who you ask – possibly lay the seeds of a continuity-driven DC Universe of connected films to compete with Marvel’s Avengers project. Instead? Reynolds’ box office clout took a huge beating between this and The Change-Up, the very name “Green Lantern” is a Hollywood punch line and the non-Batman future of WB/DC now rests on the shoulders of The Man of Stee – a Superman reboot that initially went into production chiefly to impede copyright lawsuits.

The Lesson: If nothing else, it’s possible that the circumstances of this particular dud might (but still probably won’t) teach at least Warner Bros. the right lesson about how to handle this sort of material. Deservedly or not, the fact that Green Lantern bombed spectacularly in a summer where three other big budget superhero movies about sub-Batman-level characters (Thor, Captain America, and X-Men: First Class) all performed well – and that the three hits were (in addition to being, y’know, good) saturated in fanboy-pleasing details like continuity, mythology minutiae and design accuracy, while Lantern was a “trust us, you’ll like it eventually” reworking that fans (again, deservedly or not) had been bagging on since the first shots of Ryan Reynold’s horrible CGI costume. Warner would have to be pretty thick not to take some sort of “maybe we need to rethink our approach” moral away from all that. 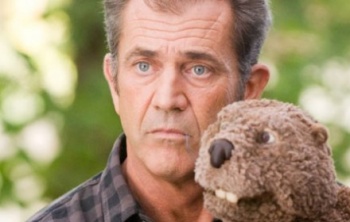 The Damage: Minimal. Jodie Foster is famous because of her talent and ambition, not her status as a box office moneymaker. Plus, the entire failure of this (not all that bad) film has been laid at the feet of Mel Gibson, who may have at long last exhausted his supply of second chances.

The Lesson: It is, amazingly enough, still possible for a celebrity to become so profoundly unlikable that people actually do stop going to their movies. Who knew?

The Damage: This was the capstone to a years’ long attempt by the current Conan rights holders to relaunch Robert E. Howard’s barbarian pulp hero via videogames and an MMO that has thus far failed to find any real success. Jason Momoa, the next big action star? How about no. Onetime German commercial-directing superstar Marcus Nispel – who burst onto the Hollywood scene as a potential next-big-thing in the late 90s (he was supposed to direct End of Days) only to self-destruct when outlandish diva behavior purportedly led Hollywood to bust him back down to the minors – has now directed five films, all of which have been remakes, four of which have been remakes of “cult classics,” and none of which have been good.

The Lesson: Nobody really seems to give a damn about Conan the Barbarian. I hate typing that out – I’m a fan of Robert E. Howard’s work (which puts me in some interesting company) and the sword-n-sorcery genre in general – but that’s sort of the truth of the matter and the general history of the character’s reception by mainstream audiences bears that out. Though popular in the pre-WWII heyday of pulp sci-fi/fantasy magazines, Conan and his ilk slipped into relative obscurity when The Lord of the Rings upended the fantasy genre in the 1950s. After that, Conan didn’t return to the popular conscious until the late-60s – and it’s often speculated that it was more the explosion in popularity of the Frank Frazetta cover art that graced the paperbacks that drove a lot of the sales. Aside from a cult classic comic book series, the only time a Conan-related property has really broken through was the Arnold Schwarzenegger movie in 1982, which, perhaps tellingly, weaves only slivers from Howard’s short stories into a more robust epic narrative.

The Damage: Zero. Nothing. Nada. It cost money, it lost money, but it won’t matter. Nothing will ever stop the production of slapstick-y family comedies. Kevin James is a real talent and well liked in the industry – that, plus being part of the Friends of Adam Sandler Comedy Clique means he will never hurt for work. Not enough people saw this to know that Rosario Dawson was in it, so she’s safe too. The common cockroach will go extinct before this genre does.

The Lesson: See above. The next Night at the Museum retread will make money and everyone will forget that this particular one didn’t.

Skyrim DLC Will Be Timed 360 Exclusive