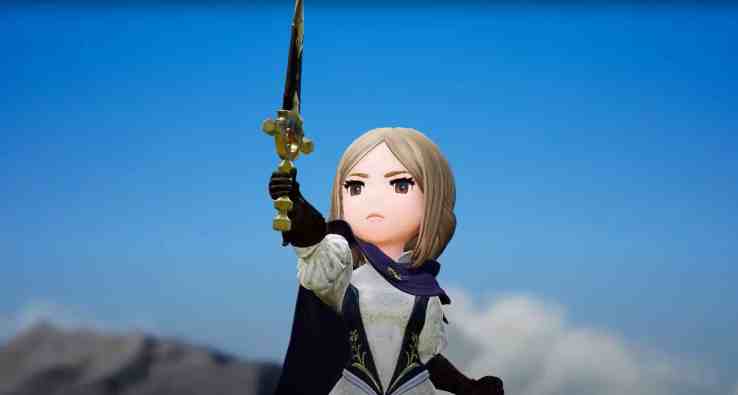 During today’s Nintendo Direct Mini: Partner Showcase, the presentation began with more information on Square Enix’s Bravely Default II. Chiefly, the end of the trailer reveals that Bravely Default II has been delayed to Feb. 26, 2021. The official Nintendo of America Twitter account stated that while the game was originally scheduled to release in 2020, the development team needed more time to polish up the game and make it the best JRPG experience that it could be. Additionally, based on player feedback from the Nintendo Switch eShop demo, adjustments are being made to the difficulty and controls.

The new trailer starts off with an evidently former Hero of Light facing off against a foe. Then it transitions to the four main characters, a group of Asterisks bearers. Four different colored crystals, seemingly depicting the four elements of fire, water, wind, and earth, surround them. Each Asterisks bearer possesses a powerful job type.

The Bravely Default II trailer then shows off some of the game’s 3D overworld, traditional turn-based battles, and some job types and attacks. There is a painter class with skills such as Splatter and Zappable Chartreuse. Other currently unnamed classes have skills such as Eternal Inferno and Battle Hymn.

Other than this Square Enix delay, cloud versions of Control Ultimate Edition and Hitman 3 were also revealed at the Nintendo Direct Mini: Partner Showcase.