Tim Burton might be one of the first “new” (as in “became famous after you were born”) filmmakers to be recognized by my generation as possessing a wholly distinct style. That isn’t to say budding young cineastes who were just on the cusp of their teens or younger when the former Disney animator’s starmaking 1-2-3 punch of Beetlejuice (1988), Batman (1989) and Edward Scissorhands (1990) happened couldn’t have also picked out a Steven Spielberg or James Cameron movie by recurring motif if they needed to. But Burton was something else. He didn’t just re-use familiar ideas or themes; his movies shared similar designs, similar stories, even similar music. “Spielbergian” was an ideal, but “Tim Burton” was a brand.

Overall, Tim Burton: The Brand has served Tim Burton: The Director pretty damn well. His signature motif pre-dated the mainstream breakthrough of the goth and emo subcultures by just enough to for it to be established and waiting for them … in the form of Nightmare Before Christmas merchandise and T-shirts bearing the various sullen guises of Burton-BFF Johnny Depp.

Most of the time.

The problem with being both so good and so visible is that when you blow it, you blow it big. This particular week, I reviewed Burton’s most recent epic misfire, Alice in Wonderland, an easy candidate not just for any list of Burton’s worst but the worst movies of 2010 so far. So it seemed like as good a time as any to take a quick look back at a handful of moments where one of Hollywood’s most gifted talents … well, crashed and burned.

Putting these on the list won’t do anything to lessen my reputation as a shameless controversy-monger, and it must be said up front that neither film is objectively bad … but when you’re sizing up a filmography that also includes Pee Wee, Ed Wood, Scissorhands, Big Fish, Sleepy Hollow, Nightmare – you get the idea – it’s hard not to notice that the pair of trendsetting but deeply flawed superhero blockbusters that probably netted Burton most of his initial creative-freedom in the industry rank pretty close to the bottom.

Without a doubt, the pop-cultural importance of Burton’s Batman can’t be overestimated. It’s the Subject Zero of modern superhero movies, the subgenre that now dominates Hollywood in a way none has since the glory days of the Western. It finished the job of nudging Superman into the runner-up position in the pantheon of DC Comics avengers. It set the cape ‘n’ cowl pace not only in film but all the way back into the comics. It got Paul Dini’s Batman: The Animated Series a greenlight to do its thing and establish the decade-spanning juggernaut known as the DC Animated Universe. Its ubiquitous score turned offbeat composer/musician Danny Elfman into one of the defining figures in movie music.

Unfortunately, it’s also largely responsible for most of the negative trends that continue to hold the genre back. Jack Nicholson’s vaunted turn as the Joker is, ultimately, little more than an iconic celebrity doing his well-worn shtick in a villain costume – sound familiar? Bruce Wayne creepily skulks about practically wearing a “Hi, I’m Actually Batman!” nametag. It made immobile slabs of boring black-on-black rubber the cinema-standard in hero costumes. And it had next to nothing in the way of respect for its source material. Want a laugh? Check out the “retrospective” documentary on the Special Edition DVD of this film and marvel as a succession of writers and producers pass the buck for the stunningly moronic third act “twist” involving the killer of Batman’s parents.

Batman Returns, meanwhile, was supposedly where Burton got more creative control, and it shows in the gorgeous production design and gallery of costumed grotesques. Unfortunately, Burton’s infamous quote that he “wouldn’t know a good script if it bit [him] in the face” is also on full display: The story is a mess of tangled plots and half-realized character arcs, Batman casually murders random henchmen and while Danny DeVito gives a monster-man performance for the ages and Michelle Pfieffer reached the apex of sex-goddess stature, the sewer-mutant Penguin and emotionally unstable Catwoman bear about as much resemblance to their comic counterparts as Will Smith does to William Howard Taft.

Like I said, Batman and Batman Returns aren’t bad, but go back and watch them now – in the wake of Spider-Man, The Dark Knight, X-Men, etc. – and you’ll likely find they didn’t even age as well as the first two Superman movies from a decade before. What’s more, it seems more and more as though the seeds of what would eventually implode the franchise in the later Joel Schumacher films was planted much, much earlier. 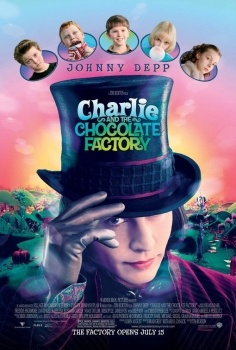 Admit it: For a minute there, you forgot this even happened.

The great “huh?” at the center of Burton’s career, Planet of the Apes was not only plodding, unengaging and forgettable all on its own – except, of course, for monkey-specialist Rick Baker’s magnificent creature and makeup work – but it bears literally no trace of its director’s usually omnipresent influence. On the one hand, it’s impressive that Burton actually can dial his signature motifs and trademarks down to zero, but it doesn’t speak very highly that there’s an almost audible vacuum sound hovering over the production without them.

There’s literally nothing here to suggest anything more than a generic, early-millenial sci-fi actioner and a particularly weak attempt to relaunch what had once been the most successfully merchandised genre-film franchise pre-Star Wars. Mark Wahlberg – whose ultra-earnest default poise is all wrong for such an offbeat premise – wanders through a weak marooned-spaceman yarn, occasionally interrupted by character actors in elaborate ape makeup and winking references to the iconic original film.

Aside from the curiosity of featuring the late Charlton Heston’s final onscreen (theatrical) performance and being – understandably, given the circumstances – the only Burton film to feature both his former and current Mrs. Burtons (Lisa Marie and Helena Bonham-Carter, respectively), there’s literally nothing else of note to say about it.

Conventional wisdom indicates that this film isn’t as bad as people said, and that its overall fairly hostile reception and lukewarm reputation are the result of Generation X being hopelessly nostalgic for the 1970s Gene Wilder version and unwilling to give Burton’s adaptation of Roald Dahl’s “bad kids get what they deserve” classic a chance.

It’s not just the garish post-nuke Disneyland design scheme that’s come to dominate much of Burton’s post-millenial output (Alice hopefully being the nadir and Sweeney Todd being a thankful exception), the badly-realized swipes at modernization (the new Mike Teevee’s defining “sin” is, apparently, being intelligent) or even Johnny Depp’s title-role turn that now more than ever plays like an underhanded Michael Jackson riff … although those are all certainly contributing factors.

No, what makes Charlie the absolute low-point of Tim Burton’s filmography is how it manages to both completely miss the point of the story and embody all the worst excesses of Burton’s stock themes at once. As it hit theaters, there was some back-and-forth joking that Burton would reconfigure Willy Wonka as a pale gothic loner with crippling Daddy Issues – joking that turned from funny to sad when the film debuted and that turned out to be a perfectly apt description.

Every great director makes a turkey here and there. But this one? Wow … honestly, I’m still recovering from the first time I saw Charlie.