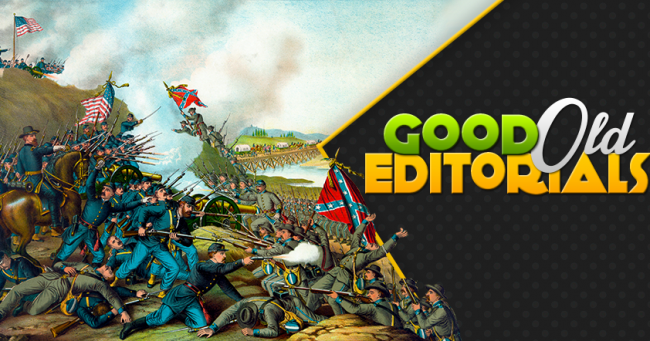 Video games often fall into the habit of remaking the same experience for each release. Call of Duty was once rooted entirely in World War II combat, and showed little sign of becoming anything more. Then Call of Duty IV: Modern Warfare showed up in what was almost a revolutionary act, tackling murky geopolitics and nuclear weapons. But of course, MW brought the entire FPS genre along for the ride. Today, there are so many modern shooters that it’s hard to tell them apart, and we’re left forgetting how risky the genre used to be.

Call of Duty isn’t alone when it comes to repetition, but it’s truly amazing how little the series has changed in recent years. Call of Duty should be proof that franchises can move in experimental new directions and still become smash hits. With a yearly release schedule, I’d say it should be encouraged! But what does Activision have to show for a half-decade following Modern Warfare 3? Four near-future shooters (two specifically addressing human augmentation), all of which failed to revolutionize the industry. Only the Black Ops games sold comparably to Modern Warfare, and that’s arguably because of Treyarch’s beloved Zombies mode – more proof that uniqueness is what makes you successful.

To be clear, Activision doesn’t need to stop making Call of Duty games, it just needs to be open to new ideas. Take Far Cry, a series that started with remote modern settings, but keeps finding creative spins on the material. That’s what brought us Far Cry 3: Blood Dragon and the Far Cry 4 Yeti DLC. Now Far Cry: Primal is headed to the Stone Age, where no mechanical weapons exist and sabretooth tigers roam the Earth.

Call of Duty doesn’t need to go that far back, no matter how much I’d love to see mammoth-based multiplayer matches. But the series can absolutely afford to visit historical war zones that video games have rarely addressed. All you need is a unique setting, interesting weapons, and a dramatically-powerful war story where soldiers fight against all odds. If Activision can do that, perhaps one day Call of Duty will be about: 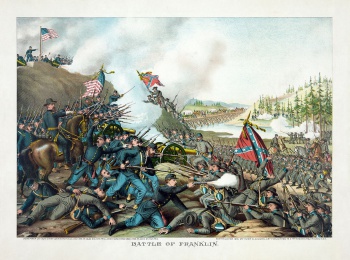 Activision’s Elevator Pitch: Two brothers find themselves fighting on opposite sides of the most divisive conflict in American history.

The Battle of Fort Sumter. The Seven Days Battle. The Battle of Gettysburg. America’s Civil War may have been just over four years long, but its impact will be felt for centuries. It was among the world’s first industrial wars, making extensive use of railroads, factories, and mass-produced weapons. It left deep cultural scars across Northern and Southern states, some of which arguably never healed. Even today, it remains the most devastating war in American history, killing over 600,000 soldiers. But for some reason, despite extensive coverage in literature, film, documentaries, and other media, only a handful of Civil War games exist – most are strategy titles. In fact, Activision was among the few companies to publish Civil War shooters through its partnership with the History Channel, although they only received middling reviews at the time.

Which is an absolute shame. You’d be hard-pressed to find a more dramatically-charged war setting in American history, and Call of Duty is at its best when representing dramatic, ground-level warfare. Take “Brother Against Brother”, an actual slogan used when families from border states ended up facing each other on the battlefield. In one historical example, Confederate Captain William Goldsborough captured his own brother, Charles, at the Battle of Fort Royal. Such stories could easily inspire a video game campaign, introducing brothers who join the Union and Confederate armies, complete missions for each side, and ultimately face each other in a climactic finale.

What would be tricky are weapons. Civil War soldiers relied heavily on single-fire muskets, which doesn’t quite reflect Call of Duty‘s fast-paced gameplay. Swords, sabers, bayonents, and Bowie knives would have to be used more prominently, forcing you to get close to opponents. Repeating rifles and revolvers did make their way into the battlefield late in the war, to say nothing of Gatling guns. The bad news is that personal repeaters weren’t very reliable – for example, the Colt revolving rifle had a nasty habit of discharging all its cartridges in one shot. But if you’re willing to gently gloss over these details, some impressive armaments are available. Like the LeMat revolver, a .42 pistol with a secondary barrel for shotgun shells.

What’s more, there are hundreds of battles to work with, from railroad line raids to the concurrent 1860s Indian Wars. This is an important historical period which has rarely been explored, and I’d love to see Call of Duty address it. 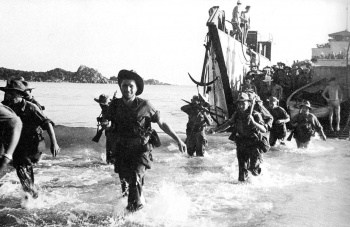 America wasn’t the only country that struggled against Vietnam. The region was once a French-occupied colony during the 19th and early 20th centuries, until World War II changed its dynamic forever. Shortly after colonial leadership was cut off from France thanks to Germany’s European invasion, Japan attacked and took control of the government. But Japan didn’t expect to encounter the Viet Minh, a national independence movement led by revolutionary leader Ho Chi Minh.

Ho quickly proved a capable foe, overseeing military actions against both Japanese and French forces. Thanks to his Japanese successes, Ho gained American support, providing intelligence to the OSS in exchange for connections with Allied leaders. (The OSS even sent Ho a military unit to train his troops, and a doctor to treat his malaria – great entry points for American player characters.) When local Japanese forces surrendered in 1945, they turned many public buildings and weapons over to the Viet Minh instead of French or American troops.

With the war concluded, Ho declared Vietnam independent in Sept. 2 1945 – a short-lived prospect once France decided it wanted its colony back. While President Roosevelt was opposed to French rule of Vietnam, resistance weakened following his death and the inauguration of President Truman, who never responded to Ho’s requests for support. As you can probably guess, it went downhill from here.

Despite promising negotiations that would make Vietnam an independent state within the French Union, fighting broke out between both governments in 1946. A French naval bombardment in Haiphong killed over 6,000 Vietnamese civilians in one afternoon, and the subsequent war raged for almost a decade. (Not that the Viet Minh was an innocent party here. The movement was known for its ruthlessness, having massacred rival nationalists in the months following WWII.) America and Britain threw their support behind France, but Ho gained new allies from Communist China and Russia. France saw a steady loss of homefront support for the war until it was soundly defeated in the Battle of Dien Bien Phu in 1954 – events America herself would experience a few short years later.

Call of Duty briefly covered the American Vietnam War back in Black Ops, but a First Indochina War game could take the jungle warfare setting in a new direction. The history covers several decades of war, from WWII to the inevitable assault on Vietnam. You could potentially follow soldiers or intelligence operatives from WWII to the dawn of the Vietnam War, along with all the technology, weaponry, and culture changes each era entails. Then you have the relationship between America and Ho Chi Minh, allies of convenience who became adversaries in one of the biggest armed conflicts of the Cold War. That’s a theme we’ve seen repeated in the War on Terror and multiple Call of Duty games – and it should make for an equally interesting game here. 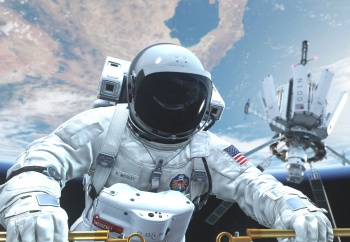 Okay, you got me, this entry isn’t based on history. But if Activision keeps refusing to explore historical settings, there are still great sci-fi options – just not the gritty near-future stuff we’re thoroughly sick of. Let’s leave those human augmentation stories with Deus Ex for a year or two and try something different with futuristic technologies.

Specifically, a version of space inspired by the real-life SPACE Act, giving corporations the freedom to run exploration and mining missions. In a century or two, that could lead to a future with a viable space industry, complete with colonies, moon bases, and lucrative asteroid mines. Throw in the hazards of climate change, and people might feasibly risk everything to live on these colonies permanently. But just as settling North America created the Wild West, settling space runs the risk of creating its own lawless regions, perhaps more so considering the lack of regulation built into the current bill. That opens the door for conflicts Earth armies might have trouble combating – especially if some space colonies decide they’d rather be independent, instead of sending resources to a planet which is no longer their home.

Sure, Call of Duty: Space Warfare is speculative sci-fi, but it could be grounded in current events and research. Right now, NASA is working on an EmDrive with the potential to replace fuel-based engines, while navy vessels are equipped with highly efficient laser guns. All we need to do is reimagine this technology in a future that doesn’t resemble our familiar modern era. Players would visit orbital bases, make planetfall on Mars or Pluto, wage battles on asteroid mining operations, and more. Multiplayer items might include jetpacks or magnetic boots that let you run along walls. Instead of Black Ops III‘s Safehouse, players would gain access to a customizable spaceship. Meanwhile, campaign setpieces range from the moon, to the heart of Jupiter, or even the Sun itself.

Call of Duty: Ghosts had a few space levels set in Earth orbit, and they were among the few highlights of the game. But if developers went even further, made space the entirety of a story campaign, and refined its shooting mechanics around that setting? That might be a Call of Duty game fans looked forward to like none other.

And if not… well, at least there’s always Zombies mode.

Next week, Grey Carter of Critical Miss and Erin Dies Alone will join us with a guest column on the classic adventure game Myst. In the meantime, what Call of Duty games would you like to see? Share your thoughts in the comments!

Many thanks to Robert Rath, who took time away from video game shopping to discuss Ho Chi Ming, the OSS, and Civil War weaponry. He’s pretty cool like that.