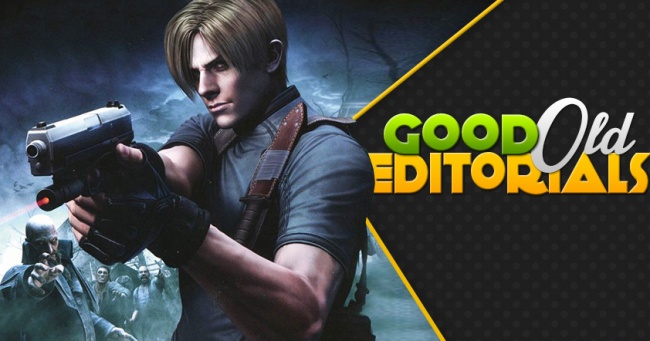 Tomorrow marks the 20th anniversary of Resident Evil, providing us with two entire decades of zombie video games and deeply questionable dialogue. The Escapist‘s writers have quite a few retrospectives lined up to commemorate the event, but I’d like to open the week with a slightly different take: Why it’s high time to scrap the storyline and reboot Resident Evil for its own good.

You see, much like the long-running Metal Gear series, Resident Evil is the rare franchise which covers an enormous, decades-long alternate timeline. Outside of a few minor retcons in the Chronicles series and non-canon entries like Operation Raccoon City, we’ve been following the same cast of characters responding to the zombie fallout which started with the original PlayStation trilogy. But unlike Metal Gear, these constant sequels have not been especially kind to Resident Evil. With over twenty video games in the franchise, only three are considered legitimate classics: The original, its sequel, and Resident Evil 4. Everything else was disappointingly forgettable, gimmicky, or had the misfortune of exclusively launching on a lackluster platform.

And it’s only getting worse over time. The core series has been chasing after Resident Evil 4‘s action mechanics while missing the point of what made it engaging. Survival horror has been minimized so much that Revelations is the only modern story arc to use it anymore. And for some reason, Capcom has been cramming co-op into Resident Evil at every opportunity, from the core series, to the disappointing Operation Raccoon City, to the upcoming Umbrella Corps.

Meanwhile, the only Resident Evil games which have been unquestionable successes of the past decade are remakes. The original game has seen two impressive HD remasters which are genuinely fun to play. Resident Evil 4 still gets a new edition for each console generation. And the fan-favorite Resident Evil 2 is finally joining the remake train with its own remastered edition. With Capcom’s expectations through the roof, the Resident Evil classics seem to be the most reliable income the series is likely to receive in some time. Every other sequel and spin-off seems to be flailing about, trying to figure out the formula for the next big hit while catering to fan nostalgia wherever possible.

Drastic action is needed for Resident Evil to become the beloved zombie series gamers remember. And as much as it pains me to acknowledge, the quickest way to do that is roll back the clock and restart the entire story from scratch. Doing so would let Capcom reimagine the best elements of the classic series without getting bogged down in the bad stuff. In a worst case scenario, we’d have another Resident Evil 6 on our hands – which is more or less where we are now. But if it works, we’d have a cohesive Resident Evil experience that’s worth playing all over again. 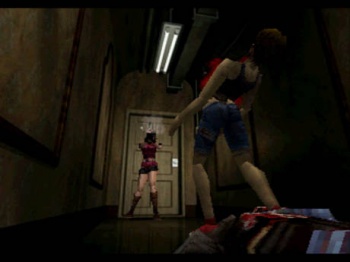 The original Resident Evil games were goofy on so many levels but in terms of gameplay, they knew exactly what they were: Survival horror. Any player taking the cowboy approach of firing wildly into zombie hordes would quickly run out of bullets and have to rely on melee weapons to survive, which usually didn’t last for long. All of your supplies had to be carefully managed, from ammunition, to health, to the ability to save the game using ink ribbons. Every single decision to use a particular resource had weight, lending a sense of tension on even the easiest difficulty levels.

Level design reflected a horror atmosphere as well. Most environments consisted of enclosed hallways, locked doors, and claustrophobic environments. While that design was partly based on technological limitations, like Silent Hill it had an excellent gameplay impact. Even one or two zombies could pose a real threat to anyone trying to preserve their ammunition. Should you risk bullets by trying to clear away every single zombie? Or rush past them, hoping to save resources for later? Meanwhile, cameras were always positioned so you couldn’t quite see zombies until you purposely explored each corner of the room. And if you managed to kill each zombie with the minimum number of bullets? Some would mutate and rise again later on, terrifying you just when you thought it was safe.

Then along came Resident Evil 4, upsetting the zombie corpse cart with open environments and action-oriented gameplay. Don’t get me wrong – it’s still a blast to play, and felt like a breath of fresh air compared to previous titles. It’s probably even appropriate, given how Leon was a hero who’d survived zombie outbreaks before. But it also lost the tension inherent in the design of earlier games. It had to rely on monster designs and gore to shock players, which wasn’t anywhere close to the same experience.

What’s more, these action mechanics were so successful, they were adopted by other third-person shooters. Games like Dead Space and The Last of Us even improved on the action-horror formula in ways Resident Evil couldn’t keep up with. But that never stopped Capcom from trying, although nothing had the same impact. Resident Evil 5 and 6 were left spinning their wheels, with little in the way of unique, lasting appeal.

It’s no wonder Capcom can re-release the original Resident Evil every half-decade and have each one be a critical success. This game was a unique survival horror experience that wasn’t copied to death by the entire games industry. It even managed to stand apart from Silent Hill and Alone in the Dark as a distinct, iconic experience. These days, remarkably few RE spin-offs can make the same claim.

A Resident Evil reboot is a great opportunity to return to its survival horror roots. Sure, a properly structured sequel could do the same thing, but it would also need to juggle RE lore into the backstory somehow. And let’s be honest – the Resident Evil survival horror brand has been damaged so extensively that a clean break might be necessary. It would also let new creators offer a fresh perspective on the series to address other problems. One of which especially gets on my nerves: 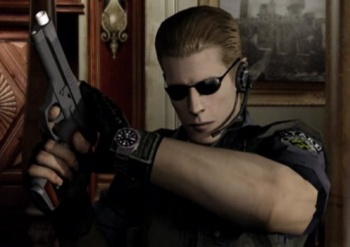 What the Hell is Going On With Wesker?

I really don’t get why Resident Evil fans love Wesker. Sure, he served a notable antagonist role in the original, and it was interesting to uncover information about him in Raccoon City’s police files for the sequel. But beyond that, Capcom is obsessed with shoehorning him into the plot everywhere they can, even when he’s not related to immediate events. His death was retconned, he had significant cameos in Code Veronica, Umbrella Chronicles, and RE4, and mutated himself to gain zombie powers in Resident Evil 5.

Wesker is basically Agent Smith in The Matrix – a perfect villain for the first story, but so effective that directors kept making him more powerful in sequels, even when doing so made no sense. Wesker is no longer just a prominent spy monitoring Raccoon City’s police force to keep Umbrella informed of your progress. He’s also a prospective Umbrella executive, a double-agent for multiple corporations, and secretly harbors a supervillain scheme to replace humans with mutants. Wesker wears so many hats across the series that his presence has been stripped of power – he’s just a generic antagonist to introduce when the stakes must be artificially raised.

We can do better with Wesker, but not in the current Resident Evil backstory. Short of a prequel set in the 70s where a young Wesker falls from grace (hmm, there’s a thought), the only option is to reimagine him from the ground up.

In general, Wesker works best when he has an equal footing with the protagonist, or just the slightest edge. If Pokemon was a Resident Evil spin-off, Wesker would be that rival who’s with you from the beginning, rushing ahead to snag the best monsters for himself. He should be the protagonist of his own story, advancing secretive interests parallel to the player until they finally intersect at the end. That’s why Wesker was so engaging as a fellow S.T.A.R.S. agent – he’s a dark reflection of the player characters.

What he should absolutely not become is Wesker, King of the Monsters. It destroys his mystique as the human counterpoint of all the zombies you face, and turns him into just another enemy – a more powerful one, true, but less interesting. At best, he should be a power behind the throne – Resident Evil‘s Darth Vader, receiving promotions for stellar work and opposing the player at every turn.

Most importantly, a reboot gives us the chance to give Wesker an interesting backstory. Deserved or not, Wesker is considered one of the most important video game villains of all time. Capcom could do so much more than simply make Wesker evil for evil’s sake. Was his father a prominent Umbrella executive? Is there someone he cares about more than the innocents he lets die? Or maybe it’s Wesker orchestrating the zombie outbreaks all along, because he believes it’s the only way to attract S.T.A.R.S’s attention to Umbrella’s activities.

These are just a few musings on what might make Resident Evil engaging again. I’m sure there are many other fan theories players could come up with. But whatever Capcom chooses, the best way to take advantage of that potential is to reimagine so much of what came before. A reboot is really the best direction Capcom can take, and perhaps the one which will get players talking about Resident Evil all over again.