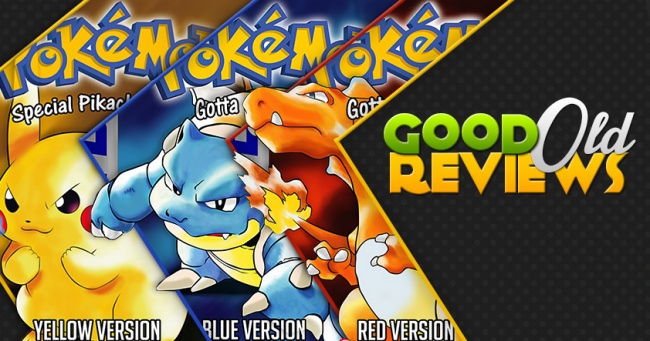 If you’re the kind of gamer who wonders why Pokemon is among the most successful gaming franchises in the world, odds are you didn’t grow up during the 1990s. Just about every public school student who owned an original Game Boy during this period has fond memories of playing and trading with friends as much as possible. Even those without Game Boys couldn’t deny their influence – I ended up borrowing a friend’s copy and playing as much as I could before he needed it back. Everyone knew about this game, so naturally it’s a huge source of nostalgia today.

Nintendo is certainly aware of this fact, which is why Pokemon Red, Blue, and the Game Boy Color Yellow edition are now available on the 3DS store. What’s great is that instead of simply porting the game and calling it a day, Nintendo seems to have put effort into recreating the original Pokemon experience – right down to famous glitches and wireless trading. Outside of simply capitalizing on nostalgia, it’s also a perfect opportunity to help new players understand why Pokemon was so exciting in its day, and what motivated us to try and catch them all.

Red, Blue, and Yellow all take place in Kanto region, where your character is starting a career as a Pokemon trainer. Your primary goal is to capture wild Pokemon, increase their abilities, and pit them against other trainers until you prove yourself the ultimate champion. Along the way, you’ll also help your neighbor – Professor Oak – assemble an electronic database of every Pokemon in the world.

And… that’s pretty much it. Pokemon is the rare type of JRPG that isn’t actually interested in an overarching plot. While it has a setting, characters, and the bones of a coming-of-age story arc, there are no real twists or developments to speak of. Even the Team Rocket characters stealing rare Pokemon in the background are more of a distraction than genuine antagonists you have to overcome. You do have a nemesis in the form of a childhood rival, but he’s literally handed to you when the game begins. You even get to pick his name. Nintendo might as well put up a sign saying “Here is your final boss. Be invested in this.”

That might seem strange to anyone who plays RPGs for the story, but in the end, it doesn’t matter. Pokemon‘s phenomenal success stems not from characters or plot, but combat, leveling, and monster collection. You’ll hunt for rare Pokemon in their native environments, train them to become more powerful, and use them to capture new Pokemon in other environments, repeating the cycle. Twenty years later, these interlocking systems still fit together remarkably well, and create a sense of progression using gameplay alone. It’s so immersive that modern players who know Kanto’s monster-based economy makes zero sense will lose hours collecting and developing their Pokemon – myself included.

Being able to discover and collect a wide array of monster powers and designs certainly doesn’t hurt either. Red, Blue, and Yellow may have a miniscule selection compared to modern Pokemon games, but there are still 150 to track down, which is still a huge investment. It allows Game Freak to show off a huge variety of designs inspired from animals, dinosaurs, and whatever the heck Voltorb evolved from. The classic Game Boy presentation may be simple, but it still encourages a strong sense of wonder and discovery as you find new Pokemon in grasslands, forests, mountains, caves, and more. Even moreso if a Pokemon evolves into a new creature when levelling up, introducing exciting designs and expanding your Pokedex entries. 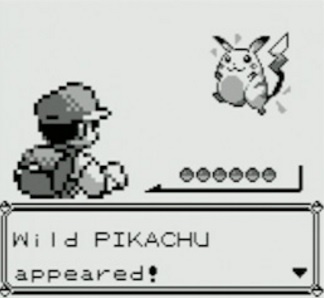 Most Pokemon types have certain strengths and weaknesses when facing other types in combat – Water Pokemon have a distinct advantage against fire, but fare poorly against Grass or Electric enemies. You’ll quickly learn to assemble Pokemon loadouts which reflect this rock-scissors-paper gameplay, although you’ll still need to be ready for curveballs the game throws at you. You might need to grind through some battles to prepare your Pokemon for tougher boss battles, but even then combat is so engaging and fast-paced it rarely feels like a chore. In other words, it’s a perfect RPG formula for a handheld device, which is why rumors about smartphone versions have swirled ever since the boom in mobile devices.

So let’s say you’ve never played a Pokemon game, bought all three classic versions, and are trying to decide which one to start. Well, I’m sorry to say you probably just wasted $20. Much like Pokemon‘s generational sequels, Red and Blue are exactly the same game, right down to dialogue and map layouts. The only changes come down to a mere 11 exclusive Pokemon, which players would obtain by trading Game Boys using a Link cable. Thankfully, Nintendo adapted this process to the 3DS’ wireless capabilities, so as long as a friend purchased the opposite version it’s possible to complete your Pokemon collection.

Yellow is a special edition with a few new twists to Red and Blue. Its biggest selling point is that Pikachu is your starting Pokemon, and he’ll follow you without retiring to Pokeball storage. It was a charming feature back in 1998, when the Pokemon anime was popular and Pikachu was the mascot for the series. Today, it feels a little too much like a gimmicky cash grab, especially during the opening cinematic where Pikachu surfs, rides balloons, and tries a little too hard to be endearing. It certainly doesn’t help that Pokemon Yellow was an early Game Boy Color title, with garish simplistic colors that haven’t aged well compared to the classic black-and-white version. 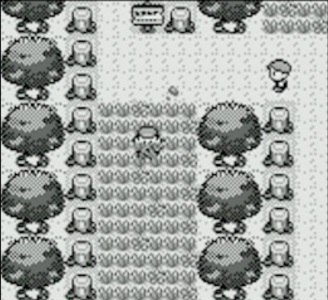 To Nintendo and Game Freak’s credit, Pokemon Yellow does introduce some new mechanics. Yellow was the first game to experiment with Happiness systems, where your treatment of a Pokemon is reflected in various ways. In Yellow‘s case, Pikachu becomes friendly or angry with you based on how well you treat him. Unfortunately, the game can be a little vague on what good treatment is, leaving players to figure it out the hard way. Outside of winning a single Pokemon for free, his happiness doesn’t change gameplay, and generally feels like an afterthought to the game. Still, it can be charming to “talk” to a happy Pikachu and see a charming image displayed.

All the same, it’s really impressive to see how well the 3DS versions have recreated the original Game Boy experience. Nintendo did a great job of adapting the wireless function for trading and multiplayer battles, which was a major factor fueling Pokemon fan communities that thrive today. What’s more, Nintendo faithfully recreated infamous glitches which became series legends, up to and including this glitched encounter or unlocking the hidden 151st Pokemon, Mew. If these re-releases were any more authentic, you’d be able to hook your 3DS to a Nintendo 64 to use your collection in Pokemon Stadium. Anyone with fond memories of the classic games – or doesn’t have an original Game Boy any longer – will absolutely get a kick out of these collections.

Now if you’ll excuse me, I need to get back to the tall grass. All those Pokemon aren’t going to catch themselves!