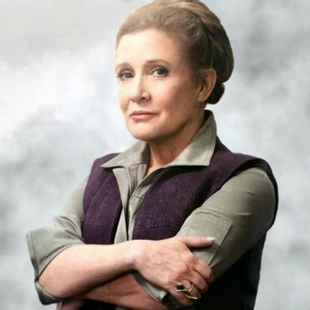 The passing of Carrie Fisher caused somewhat of a conundrum for the future of Star Wars, given that her Princess Leia character is so pivotal to the plot. While all of her scenes for Episode VIII have been filmed and completed, her role in Episode IX, which hasn’t yet started production, is more up in the air. Lucasfilm previously stated that it would not recreate the actress with CGI, and now, Fisher’s brother Todd Fisher has confirmed that permission has been given for her to appear in the film in some way.

Fisher told Conifdential that he and Carrie’s daughter, Billie Lourd, have granted the studio rights to use recent footage for the finale. “Both of us were like, ‘Yes, how do you take her out of it?’ And the answer is you don’t,” he said.

“She’s as much a part of it as anything and I think her presence now is even more powerful than it was, like Obi Wan – when the saber cuts him down he becomes more powerful. I feel like that’s what’s happened with Carrie. I think the legacy should continue.”

Fisher says that he is not aware to what extent her sister will feature in the movie. Disney had previously stated that Leia would have a “large role” in Epsiode IX.