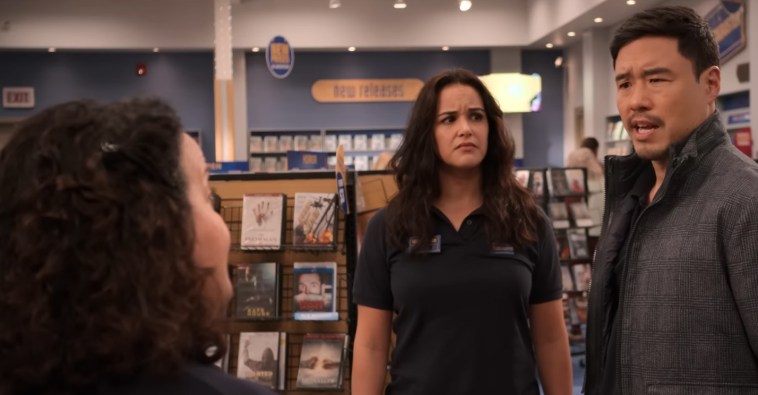 Netflix has released the official trailer for Blockbuster, a comedy series about the last Blockbuster store, starring Randall Park and Melissa Fumero. The show was created by Superstore and Brooklyn Nine-Nine writer Vanessa Ramos and has some of that same energy in its comedy. The premise is that Timmy Yoon (Park) is an “analog dreamer living in a 5G world,” but once he learns he’s managing the last Blockbuster Video in the United States, he has to really rally his staff and make a connection with the community in order to keep his store afloat. Along the way, Park will try to woo his long-time crush Eliza Walker (Fumero), who is also working at the store following some setbacks in life.

The Blockbuster Netflix trailer strikes a nice balance of classic comedy hijinks, video store nostalgia, and leaning on the terrific comedy talent that Park and Fumero bring. Randall Park made a name for himself as Kim Jong-Un in The Interview and as the dad on Fresh Off the Boat, and he has a recurring role in the Marvel Cinematic Universe as Agent Jimmy Woo. Meanwhile, Melissa Fumero first came to prominence through One Life to Live (I still consider it a grievous crime that ABC canceled it.) and then became one of the leads on Brooklyn Nine-Nine. Personally, I would watch the two of them do anything, so it’s awesome to see them in the same series together.

Netflix specifically calls this the trailer for Blockbuster “season 1,” suggesting there is confidence that a season 2 will follow. The first season will premiere on November 3, 2022.