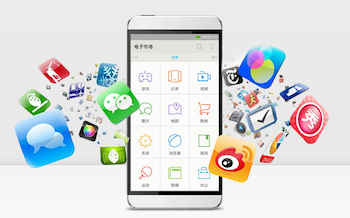 The Linux-based “China Operating System” runs on everything from PCs to phones.

The initial Snowden leaks were like a massive omelet on the face of the NSA and the American government in general. Ever since, fresh info keeps leaking, like a busted sewage truck on the highway. Oops, they tapped the German Chancellor’s personal phone. Oops, they intercepted phones and laptops in shipment and bugged them. At this point, it’s understandable for foreign nations to feel decidedly squeamish about using American tech. To that end, China announced that it’ll be releasing COS, the China Operating System, to replace Windows, Android, and iOS in one nationalistic swoop.

In a recent launch event, COS was announced as a tool to break the foreign “monopoly” on technology. The Linux-based operating system is the product of the Institute of Software at the Chinese Academy of Sciences (ISCAS) and the Chinese tech company Shanghai Liantong.

Not only will it not have NSA backdoors, but it’ll be better too, at least according to the ISCAS chief. As reported on Engadget China, iOS is too closed, Android is too fragmented, and Windows Phone is too insecure. How exactly COS fixes these issues isn’t explained, and Chinese consumers aren’t exactly thrilled. One Chinese citizen is quoted as saying: “What does COS stand for? COPY OTHER SYSTEM?”

Keep in mind that this isn’t the first time that China has attempted this. While I can totally understand its fears about the NSA, as far as the consumer is concerned, it looks like a pretty lateral move.