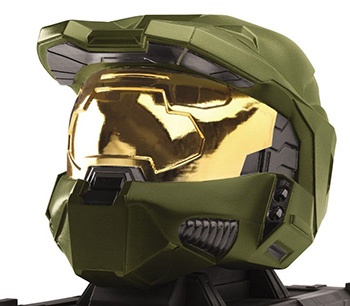 Whether called “Collector’s Edition” or “Limited Release,” gaming companies have long been drawing cash from devoted fans with ludicrous extras.

To wit, to celebrate the tenth anniversary of 2K Sports’ NBA basketball series, the publisher is releasing a special “limited edition” version of NBA 2K10 that includes a gigantic metal locker, a 6-inch-tall figurine of Kobe Bryant crafted by noted action figure maker (and spider web doodler) Todd McFarlane, a poster of that same Los Angeles Laker designed by the studio that crafted the iconic Barack Obama “Hope” poster, and access to something called “The Gold Room,” a special VIP-only online lobby which we imagine to be something like a Champagne Room without the naked women (or, any women at all, really).

It may seem ludicrous, but gaming companies long ago realized the inherent value in packing tons of gimmicky extras in with big game releases. Why worry about making profit on a game your designers actually have to put effort into when you can just milk those sweet Benjamins from gamers so blinded by their devotion to your series that they’ll gladly fork over an extra $50 for trinkets that cost you $1.25?

Of course 2K isn’t the only offender and they’re far from the worst. We expect these “limited edition” releases to only become more ridiculous as the years go on, but for now we bring you a handful of the gaming world’s (arguably) most excessive special editions.

Halo 3 And The Deceptively Small Helmet

Then, like a Warthog falling from a UNSC dropship, reality smacked everyone right in their oversized noggins. The helmet was never designed to be worn by humans. It was simply too small. At best it could make your cat into a convincing futuristic super soldier, but that illusion would only last as long as it took for the feline to growl a protest and sprint headlong into a wall.

Modern Warfare 2 And The Creepy Side Of Night Vision Goggles

Unlike our previous entry, the upcoming “Prestige Edition” of Modern Warfare 2 includes a fully functional pack-in: a set of night vision goggles. I won’t lie, that is a damn cool addition to a game that already looks wicked sweet, but for the $150 price tag Activision Blizzard has reportedly attached to this thing, I would hope the company will at least be smart enough to invest in a team of high-priced lawyers.

Equipping a group of singularly devoted gamers with the tools to spy on people in the dark isn’t a bad idea, assuming you live in a world where stalking the attractive cheerleader a few doors down leads to Porky’s-style comedic hijinks and not a kick to the junk and an angry, shotgun-wielding father.

Batman: Arkham Asylum And The Metal Batarang Of Death

Despite the nefarious intent I ascribed to all gamers in that last entry, the odds of anyone actually catching a chest full of buckshot for sneaking a clandestine, green-hued peek at Little Suzie Jailbait is relatively low, unlike the odds of someone being injured by the item included with the $100 “Collector’s Edition” of Batman: Arkham Asylum.

Alongside the customary soundtrack CD and behind the scenes video, this special edition release includes a 12-inch-long Batarang. To put that in terms even non-Batman fans can appreciate, publisher Eidos is offering gamers a foot-long weapon specifically designed to be thrown at people. Hell, a huge portion of the game itself is spent chucking these things at criminals.

Honestly I’m almost scared to ask the company for a review copy. Once that box arrives on my doorstep the only time my roommates won’t be tossing that thing at my head is when they take a few moments to try to light it on fire first.

Gears of War 2 And The Battery Powered Lancer

After reading about all the special edition releases that almost ensure personal injury or jailtime to consumers, it’s refreshing to see a company release an extra that won’t kill you.

The $140 Gears of War 2 Amazon.com Lancer Exclusive Bundle included a copy of Epic Games’ violent shooter and, for those wealthy devotees willing to drop the extra coin on Amazon’s website, a battery-operated replica of the game’s famed machine gun/chainsaw combo. Though unable to fire projectiles or tear through anyone’s flesh, the 3-foot-long battery-operated replica boasts a removable clip, sliding secondary handle, and a trigger that sets off a chainsaw noise and makes the whole thing vibrate.

It’s almost too bad that it didn’t have any sort of violent use, as the above feature set really only makes it useful as a gory marital aid once the novelty of owning something like this wears off.

While many Fallout fans were wary of the newest entry in the series, few could contain their nostalgic glee at Bethesda’s $130 limited edition version of the game. After all, what single item better encapsulates the beloved series better than the protagonists’ wrist-mounted Pip-Boy personal computer?

Sadly, instead of offering advice on how to survive life in the Wasteland, the replica Pip-Boy offered in this costly bundle barely manages to duplicate the functionality of a $10 digital alarm clock.

Though this package receives points for its low likelihood of killing your family, it immediately loses the aforementioned points the moment you smash the thing to bits in a half-conscious stupor, trying to figure out where the “Snooze” button might be located.

Of course, not all limited editions are inherently dangerous gimmicks designed to exploit their audience. Some companies put together packages that truly shine and offer devoted gamers something they can cherish, or, at least, sell on eBay for a nice profit down the road. Here’s a few examples of some of the special edition releases we like:

Dragon Age Does It Old School

Described by Escapist editor Susan Arendt as “spiffy” the extras included in the $75 limited edition of Bioware’s upcoming Dragon Age: Origins seem commonplace, but are exactly the sort of thing roleplaying fans love.

From the extra in-game quests and characters to the cloth world map, the extra cash you’re spending actively enhances your time in the game world, and leaves you with a broader gaming experience. Throwing in an exclusive in-game item for the company’s even-further-down-the-road Mass Effect 2 is also a nice way to reward the sort of dedicated fanbase that only a handful of gaming companies are able to cultivate.

Atlus And The Not-So-Special Special Editions

Instead of charging gamers extra for something like a soundtrack or an art book, Atlus has made a name for itself by simply tossing these extras in with every release. Sure, you’ll still see the occasional “limited edition” from the firm that includes an adorable plush doll and ridiculously intricate packaging, but even then those gamers who opt not to spend the extra cash are almost guaranteed to receive an extra soundtrack disc with their purchase. Unsurprisingly, Atlus’ fans are intensely devoted to the company.

World of Warcraft And The Really Limited Limited Editions

Rarely are “limited edition” releases all that limited. You can still walk into most EB Games stores and see a few Halo 3 Legendary Editions sitting on the shelves, tiny helmet still unblemished by equally tiny kitty noggin. Not so for the limited edition releases of World of Warcraft and its expansions.

These things sell out almost as quickly as they appear on store shelves, and with good reason: Blizzard packs each one with a ton of extras that fans of the game clamor for. Gorgeously illustrated art books, soundtrack albums and in-game pets being the most widely prized items, with each new version fetching high prices when sold individually on eBay by those gamers enterprising enough to realize the moneymaking potential of tapping the wealthy WoW fanbase.