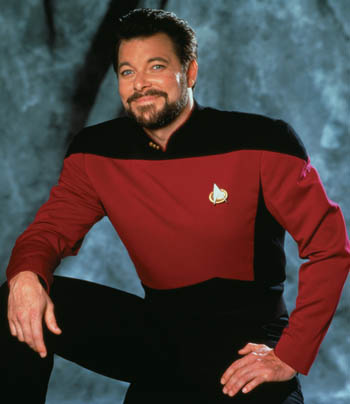 Now that Roberto Orci has left the director’s chair of Star Trek 3, a veteran Star Trek actor says he’d like to direct the film.

Star Trek 3 has no captain at the helm now that Roberto Orci, who had signed on to direct the next film in the series, has decided to leave the director’s role and remain on as a producer. Jonathan Frakes, who played William Riker in Star Trek: The Next Generation, would be giddy to take on the directorial role.

In an interview with Komo News, Frakes ecstatically said, “Hashtag BringInRiker! I’m all over it.”

Frakes has directed several TV series in and out of Star Trek and two Star Trek films, First Contact and Insurrection.

“I’m trying to keep the lid on how excited I am about the possibility, knowing it’s such a long shot,” Frakes said. “But there’s nothing I would like better.”

That may indeed be quite the longshot as rumors point to Edgar Wright taking over as the director for Star Trek 3. It likely won’t be too long before we find out who’s going to be the director since Paramount Pictures is trying to stick to a Star Trek 3 release in 2016, keeping with the series’ 50th anniversary.

Will Paramount Pictures “make it so” for Frakes?