NOTE: The following article contains spoilers for The Amazing Spider-Man.

There are a lot of problems with The Amazing Spider-Man, but among the most egregious is that its story is a structural mess. Apparently major characters vanish without acknowledgement, multiple plot threads are begun and dropped, individual character motivations don’t make any sense from scene to scene, and it seems increasingly plausible that a huge part of the story was actually cut from the film at the last second.

Having to watch obvious, glaring, Creative Writing 101 flaws play out in a movie that cost more than the GNP of some small countries is depressing enough. But moreso is seeing people dismiss the idea that they are, in fact, problems that “they’re probably saving for the next one”. Mr. Ratha (the Indian-American OsCorp flunkie) vanishes from the story without a trace? The plot thread of finding Uncle Ben’s killer is dropped abruptly (yes, I know that the point is that he moves on to a broader definition of his hero’s journey because a guy he only just met a few minutes ago indirectly lectured him about it, but it’s never even acknowledged again!)? All the business about Richard and Mary Parker falls right out of everyone’s mind once The Lizard shows up? Peter Parker’s last line of the film a.) makes no sense, and b.) nearly invalidates any character arc he might’ve had?[1]

Welcome to the dark side of continuity.

Now, I like continuity. Quite a bit. As a geek, it’s my natural disposition to pay very close attention to and retain very detailed recollections of things I enjoy reading, watching, and listening to. I like the feeling of reward that comes from recognizing how the things I’m paying such close attention to fit together. And now that the internet, 24 hour entertainment news cycle and shrinking release windows have mainstreamed serialized/continuity-driven movies and TV series, I get how many people are glad to discover that same feeling for themselves. They’ve got plenty of opportunity, as writers and filmmakers have discovered that continuity and world building can let them tell richer, more complex stories.

But with all good things comes a down side, and the down side here is the temptation toward lazy creativity.

Now that the mass audience has caught the continuity bug, it feels more and more like all any film has to do is announce early on that it’s the beginning of a franchise or the first in a planned trilogy and suddenly all traditional criticisms of bad narrative are no longer supposed to apply. After all, it’s not fair to judge this poorly fleshed-out character or that awkwardly-forgotten plot point when the whole story has yet to be told, right? So what if Green Lantern doesn’t have an interesting antagonist? They’ve laid so much groundwork for Sinestro to be the villain in the next one … which probably isn’t happening. Oops.

What’s especially maddening about this state of affairs is that the various (successful) films that indirectly taught Hollywood how to play this game didn’t have this problem, which is why they were successful in the first place!

[1] What’s really odd about the final bit where Peter makes it clear that he plans to ignore Captain Stacy’s “don’t involve my daughter in your mess” dying wish is how easily it could be fixed. Just give Gwen Stacy the line about promises you can’t keep being the best kind instead. It’s in keeping with her character and prevents Spider-Man from looking like a jerkass who hasn’t learned a damn thing. 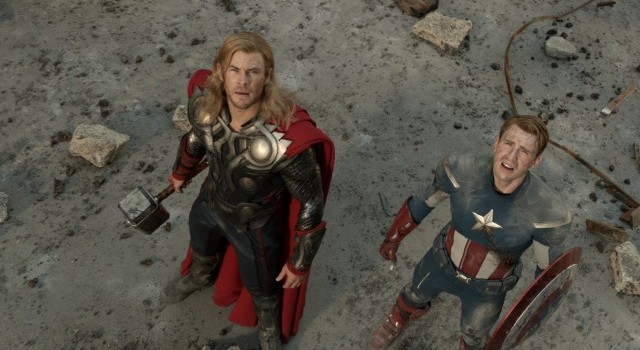 Look at the Harry Potter books/movies, which tell a massive story of a man’s life from birth to adulthood with specific focus on his child and teenaged years over the course seven installments. And yet, each installment was its own complete, self-contained story. The bigger mythos plays out in the details, but the “important for later” aspects very seldom left any of the “important now” aspects feeling incomplete. Especially impressive is that the movies, despite the tempting benefit of having been made behind the books in terms of plot turns, were able to resist the temptation to pack each episode with dangling teases for the next.

More impressive still were the Lord of The Rings movies, which still managed to tell three well-contained stories with concrete beginnings, middles and ends despite shooting all three films as one giant production at the same time. Even the granddaddy of the whole “movie trilogy” movement, Star Wars, tells three complete stories that can easily be viewed independently of one another.

And then there’s the current king of this particular mountain, Marvel Studios, whose ambitious (and thus far wildly successful) Cinematic Universe experiment has given the entire medium a raging case of continuity envy. Five films released over half a decade sharing a single universe and timeline, culminating in gigantic ensemble action vehicle that ultimately serves to make said universe bigger and even more intertwined? Surely these films, above all others, would be both expected and enthusiastically forgiven for only delivering mere fragments of a narrative prior to The Avengers.

And yet, that’s not what happened. Despite growing out of the comic books (the medium that invented the concept of “you have to buy them all to know what’s happening”), the Marvel Cinematic Universe thus far contains six films all of which stand solidly on their merits as complete stories independent of the bigger narrative. Yes, even the somewhat sloppy, “Oh crap, we didn’t know this would be the most popular guy, quick give him something to do for a sequel” Iron Man 2. All the details and hints and recurring characters help make for a richer experience, but it’s never 100% necessary.

Sure, the discovery of Thor’s hammer at the end of Iron Man 2 is the start of a mystery to be solved later, but it’s not a mystery that leaves a hole in the rest of the movie. In fact, it actually fills a hole regarding where Agent Coulson[1] kept running off to. Not knowing that the gods The Red Skull is obsessed with in Captain America are the god characters in Thor doesn’t subtract anything from the film itself, it merely offers a place where a deeper explanation for the magical/super-science backstory can be found.

Even The Avengers itself, despite the benefit of its preceding films all having been popular hits, deftly weaves introductions and re-introductions to the world, rules and principal cast into its first act. The obvious goal of this was to ensure that the film still worked as a singular narrative in its own right, so that it could play just as well to folks who hadn’t been obsessively following the series up to this point as it would to those who had. Judging by the fact that The Avengers ticket sales dwarf even the combined popularity of the previous films, it worked.

I enjoy good world building as much as anyone, but I hope the price I have to pay isn’t a long run of bad movies like Amazing Spider-Man and Green Lantern that we’ll look back on a decade out as “the period when every damn movie was trying to be a prologue.”

[1] Another great example of continuity-as-depth in action: After watching how Coulson’s character develops in The Avengers, go back and watch that bit in Iron Man 2 where he goes all bug-eyed at Stark having a prototype Captain America shield among his father’s effects.
View Forum Comments