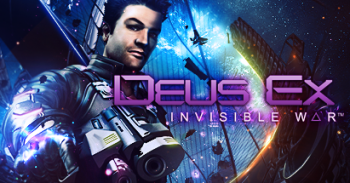 In the second part of the Deus Ex 15th Anniversary documentary, the creators discuss Deus Ex: Invisible War, and their hopes for the franchise.

Square Enix and Eidos Montréal announced the four part documentary in celebration of the 15th Anniversary of the Deus Ex franchise on June 26. Part one of the documentary series featured the original founders of Deus Ex, Lead Programmer and Assistant Director Chris Norden, Lead Writer Sheldon Pacotti, and Producer and Project Director Warren Spector. The trio returned for part two, which was released on IGN today and covers the title Deus Ex: Invisible War.

“With Invisible War, the primary motivation was to make the game more accessible. We wanted to reach even more people,” Spector says. “The first game, it was pretty hardcore. We were making a game for ourselves… if the shooting is too hard for you don’t shoot, try something else. If the sneaking is too hard for you don’t sneak, try something else. And I always felt that was a really mainstream idea. In Invisible War, we really wanted the player to be more important than the story.”

“One thing we tried to do was to bring the player even closer into the story by letting the player define who the main character is,” Pacotti continued. He is also impressed with how the Eidos team has approached the franchise, stating that their delivery has reflected “reverence.”

As for the future of the franchise, the three are in agreement that they hope to see the continuation of player choice in games to come.

“I hope it’s still going in 15 more years. And I really hope that whoever is making Deus Ex games in the future, that they really build on the idea of empowering players,” Spector said. “Sharing authorship with players is the thing that games can do that no other medium can do. And so we have to do that better and better and better.”

Norden added “Give the player real choice, instead of just ‘Oh well, we’re just gonna drag you along and kind of pretend that you have control but you really don’t.'”

Part three will bring in the developers from Eidos Montréal to discuss the revival of the franchise with Human Revolution.