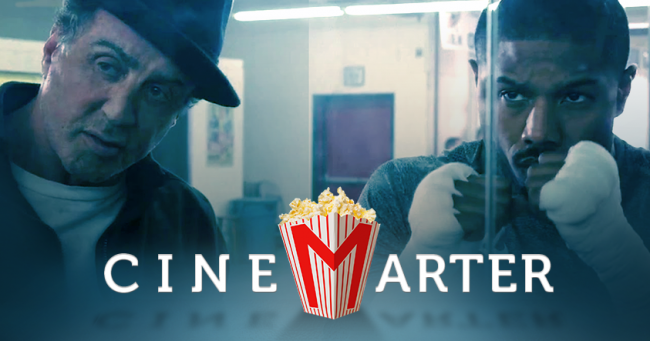 It’s rare that a franchise makes it to a seventh movie. It’s rarer still that a franchise’s seventh installment is any good; just look at any slasher series if you want an example of a bad seventh chapter. But one of the rarest things in cinema is to find a seventh film of a franchise that is the best of the bunch. In 2015, this has already happened once – Furious 7 is the best Fast and the Furious movie, and it’s not even close – and now we have Creed, which, at least as far as I’m concerned, overthrows Rocky for the top movie in its franchise. Possibly the only two seventh-is-the-best franchises in film history, and both seventh chapters were released in 2015. That’s some kind of amazing.

Creed succeeds for many of the same reasons that Rocky did, and in fact, for most of the time, sticks pretty closely to the mold that the franchise has relied on for almost 40 years. It most closely mirrors the first film – underdog gets a shot at the boxing champion despite not being anywhere close to the number one contender – but is better for a couple of main reasons: (1) The emotional core that exists is so much better and (2) the boxing scenes are incredible, while in Rocky they just don’t hold up. Sorry, but they don’t. Outside of V – which most would prefer never to mention – they’re the worst technical boxing scenes in the series. 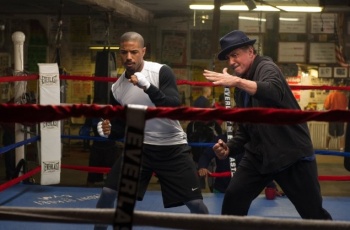 Creed follows Adonis Creed (Michael B. Jordan), who goes by the name “Donnie Johnson.” He is the son of Apollo Creed, conceived through an affair and never knew his father – who died before he was even born. Apollo’s wife (Phylicia Rashad) took him in, and Donnie did well for himself. But after being inspired and quitting his corporate job, he decides to pursue a professional boxing career. His first step? Leaving Los Angeles for Philadelphia in order to get his father’s old rival and friend Rocky Balboa (Sylvester Stallone) to train him.

The ultimate goal is to take down “Pretty” Ricky Conlan (Tony Bellew), the light heavyweight champion of the world who only has time left for one fight before beginning a prison sentence. After learning that “Donnie Johnson” is actually a Creed, Conlan issues him a challenge, hoping that the money brought in from the fight will set him up for the future. So, it’s training montage time, folks! But, fortunately for Creed, there’s more to it than that. Focus is also put on a budding relationship with a singer with progressive hearing loss, Bianca (Tessa Thompson), while questions of Rocky’s health begin to surface, too. The film has all of the requisite boxing scenes and training montages, but it also allows time for these quieter, more contemplative moments.

With a strong emotional core, amazing boxing, and great acting, Creed is a fantastic movie.

Of course, Creed also brings with it some extraordinary boxing sequences. One of the matches in the film is done in a single take – lasting two rounds – and is some of the best filmmaking you’ll see all year. The final bout has been made to look like it was done for HBO, and as such looks incredible. The action in the ring feels real, and the actors sure seem like they know how to box. Director Ryan Coogler did a fantastic job with the fight scenes (as well as with everything else, honestly). If you want good boxing, you’ve come to the right place. But, then, it’s a Rocky spin-off. You should expect that.

What you’re not likely to expect is a great performance out of Sylvester Stallone, who in recent years has been mediocre to embarrassingly bad in most of his films. But it’s here, with Creed, that he might get another Oscar nomination. This isn’t a physical performance like most of his films; instead of focusing on his body, we key in on his face. This is a reflective and sad Rocky, one who’s lost almost everything he had in life. A couple of the monologues that Stallone delivers here are some of the best of his career.

Going toe-to-toe with Stallone in the acting category is Michael B. Jordan. Jordan got into tremendous physical shape for the role, but most actors would have done that. It’s the way that he gives his character so many layers that makes the performance noteworthy. You can feel both his determination and his fears at any given moment, and the relationships he forms with Rocky and Bianca are great. Speaking of the love interest, Tessa Thompson gives more to the role than was required, easily topping Talia Shire, if that’s the comparison we’re going to use. And, just for the record: isn’t it kind of great for a movie to have a character with a physical disability and not make a big deal about it?

Creed is almost as good a Rocky movie could get – which means that, yes, it’s better than the original. With a strong emotional core, amazing boxing, and great acting, Creed is a fantastic movie. It follows the Rocky formula we’ve come to expect, but injects it with a new life and with small details that make it feel fresh again. Creed is a home run, slam dunk, hole-in-one, ace, and any other sports metaphor you can think of. Oh yeah: Creed is a knockout!

Bottom Line: One of the best boxing movies ever, and the best of the Rocky franchise, Creed is a fantastic movie.

Recommendation: Watch the previous Rocky movies first (except V), just to get some of the callbacks and references, but do not miss Creed.