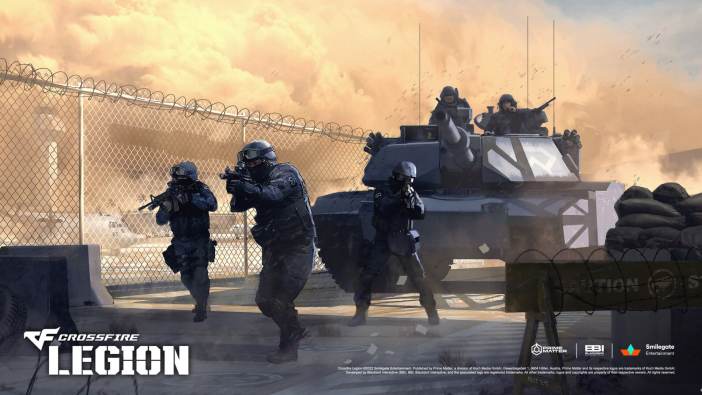 CrossFire from South Korean developer Smilegate is one of the most popular video game IPs in the world. With over 690 million players from over 80 countries, a record of 8 million concurrent players, and a spin-off Chinese TV series that has garnered over 1.8 billion views, it can easily rival the likes of Battlefield and Call of Duty. However, its primary audience has remained in Asia to date, and Smilegate is now looking to change that: First, Max Payne and Control developer Remedy Entertainment is working on a single-player campaign for CrossfireX. Second, Blackbird Interactive, the studio behind the excellent Homeworld: Deserts of Kharak and the forthcoming Homeworld 3, is working on a real-time strategy game in the CrossFire universe – CrossFire: Legion, which we got to preview.

The CrossFire: Legion preview build available at this stage is lean – just two skirmish maps and two factions, with nothing from the campaign and no customization options. However, it’s already clear what Smilegate and Blackbird are aiming for: a classic RTS inspired by the likes of Dune II, Command & Conquer, and Age of Empires. As Blackbird game designer Maurice Grela put it, “Blackbird Interactive’s love of warfare on an epic scale was a great match for Smilegate’s vision of a classically inspired RTS that has all the modern touches fans expect.”

The core gameplay loop will be uncannily familiar to anyone who spent any time with those titles or, indeed, any similar RTS from the genre’s heyday. A match opens with a pre-deployed base and a few worker units, busy gathering materials and fuel, the game’s two primary resources. The enemy AI has inherited the age-old habit of sending a few weak units to test your defenses early in a match, so it’s imperative to have some basic troops in place as soon as possible. That means building a structure to raise the population cap, a barracks, and then generating a few basic troops, before feeling secure enough to begin experimenting with some of the game’s systems. 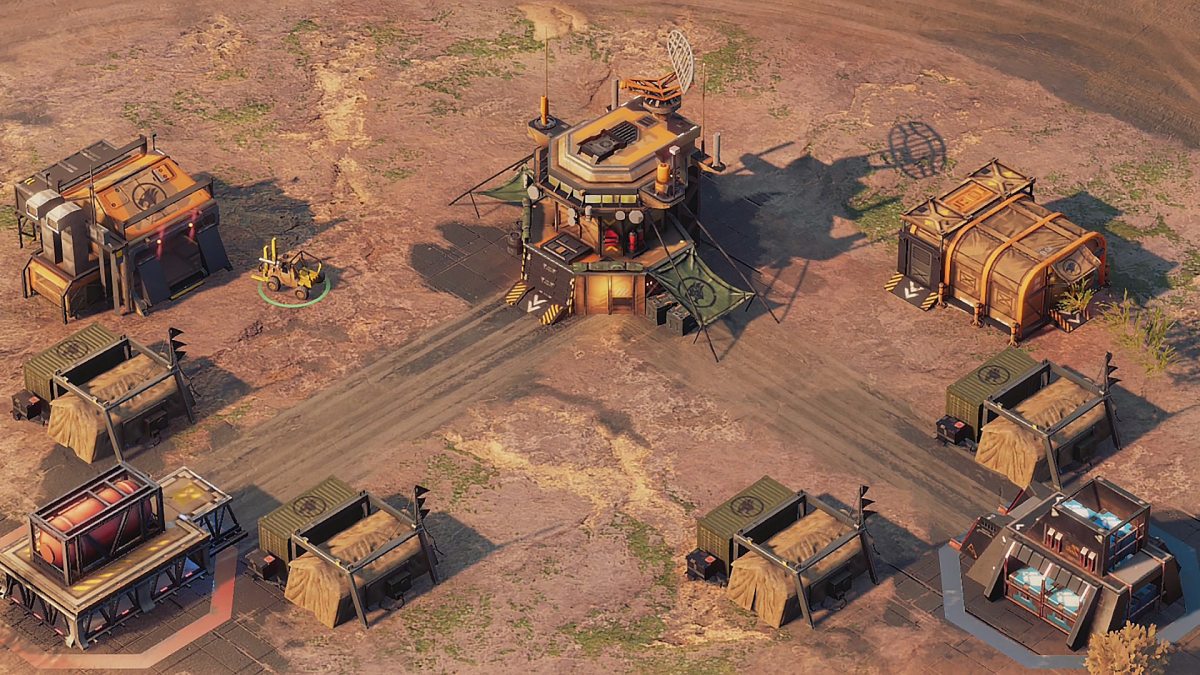 Unfortunately, there isn’t enough in the CrossFire: Legion preview build to go far with experimentation. Besides the barracks, you can build a factory to produce land vehicles or an airfield for airborne units. You have access to a workshop or armory for research work and to a few basic defense turrets. A combination of structure placements and base upgrades yields new structures, which can in turn be upgraded to gain access to new units and unit abilities, but for now there are just seven unit types per faction.

As a result, my tactics invariably fell into the pattern I’ve been playing since the ‘90s: consolidate my base until I can build a large number of powerful vehicles, then send them in to wreak havoc in the enemy base and keep them topped up with reinforcements. A population cap of 200, the fact that the most powerful vehicles and aircraft can be worth as much as 16 units, the lack of a self-destruct option, and some asymmetrical design does occasionally force subtler strategizing, but I found little incentive to play any other way.

That could all change in the future, however. The pre-match options include a “loadout” customization – a selection of a commander and seven military units that will be available to research and deploy during a match. There are spaces for four choices per unit type, thereby raising the overall unit count for each faction to 28. The commander adds two powerful special abilities tied to cooldown timers, and eventually there will be a choice of commanders as well as units. A third faction has been promised, and as the game releases into early access in the next few weeks, the publishing team note their intention “to listen to all of the players’ comments, subsequently shaping the game with the players, and for the players.” 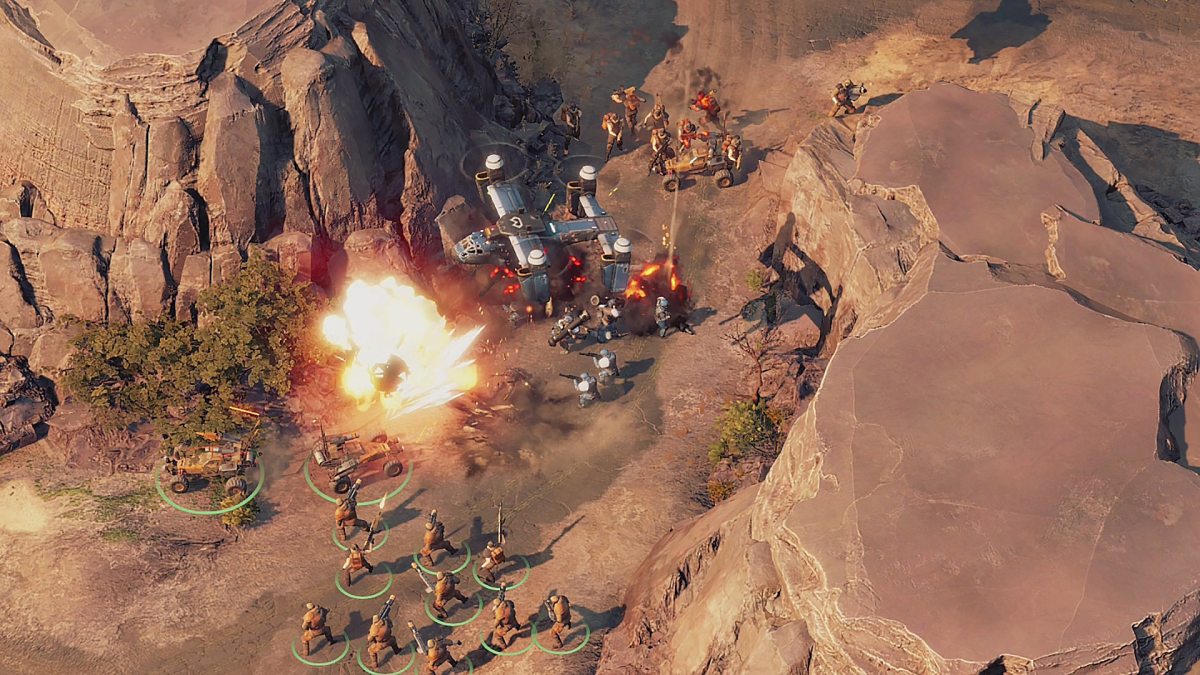 There is therefore plenty of scope for expansion and variation and a layer of pre-match planning that borrows something from multiplayer online battle arenas. Indeed, it may be more instructive to view the current build as a proof of concept. This preview of CrossFire: Legion shows that Blackbird Interactive understands what makes classic RTS games tick and their fundamental gameplay loops so addictive. It also demonstrates a surprisingly stable engine, balancing decent-looking graphics with a steady performance. It might not have the visual clout of something like Total War, but even at 4K on high settings on a relatively middling PC, it retains an even 60 FPS.

The significant question then may not be whether CrossFire: Legion will amount to a competent RTS, but rather what it will do to stand out. On one hand, with the recent release of Age of Empires IV, the upcoming Company of Heroes 3, the reboot of The Settlers, and Blackbird’s own Homeworld 3, the ground is set for Legion to catch the wave of a budding RTS renaissance. On the other hand, it remains to be seen if the CrossFire IP has enough about it to lure players away from the other titles.

In the absence of a true successor to Command & Conquer, CrossFire: Legion could try to position itself as a kind of spiritual successor to that franchise: an alternate history near-future sci-fi romp. The trouble is that Command & Conquer titles were elevated by their ridiculous pulp fiction storylines and wonderfully camp FMV cutscenes, and there is no indication that CrossFire wants to go down this route.

The Global Risk faction’s commander might have Elias Toufexis’ unmistakably gravelly voice and pleasantly Deus Ex-like synths for its soundtrack, but the faction itself appears to be a generic military corporation dedicated to preserving order and stability. Likewise, the rival Black List seem like the usual “one man’s terrorist is another man’s freedom fighter” type of guerrilla mercenaries. Meanwhile, the two maps shown so far suggest little more than a world of natural sights dotted with abandoned industrial parks.

Then again, Blackbird has proven itself more than able to understand and adapt an existing IP with Deserts of Kharak, a prequel to Homeworld that told a gripping story in a world that felt fascinatingly strange and brimming with atmosphere. Time will tell if the solid gameplay foundations laid in CrossFire: Legion can be turned into an RTS classic.