I’ve actually been looking forward to writing this column. ‘Cos sometimes I like to plunge myself all deep and warm into story analysis (pant pant) but I don’t want to get too spoiler-y in Zero Punctuation because I talk fast and viewers might not have time to fling their breakfast cereal aside and hit the mute button. But now I can take the safeties off. So just to confirm, this column is only for people who’ve already played the Spec Ops: The Line story because it’s spoilers ahoy. If you haven’t played it, stop reading before it’s too late. I don’t care if you don’t see yourself playing it anytime soon and want to read this anyway, stop reading now. You never know when you might win sixty bucks down at the dog track and suddenly are able to pick it up and then you’ll hate the fact that it got spoiled for you. Last chance. Non-having played Spec Ops: The Line readers, you get to leave now. Go watch Unskippable or Moviebob or something.

Okay, now that they’re gone, blimey, how about that Spec Ops: The Line story campaign, right? I mentioned in the aftermath of Shooter Season 2011 that after Battlefield 3 and Modern Warfare 3 it now seems to be somehow de rigeur to have the token ‘shocking moment’ in a realistic modern shooter, and Modern Warfare 3‘s childsplosion needs to take a good, long look at Spec Ops: The Line, because that is how you fucking do a shocking moment.

But what makes it so effective is that you, the player, are accessory to it, and the game takes the sense of fun you might have had from doing it and shoves it down your slackened gob. It’s a great illustration of how interactivity can enhance the feelings created by a story. Alright, here come those spoilers. As I’m sure you’re aware because you’ll have played through the Spec Ops story campaign by now or you wouldn’t be reading this, the main characters need to get past a heavily populated enemy base, and, despite the protestations of one of their number, make use of a convenient white phosphorous mortar that burns all the enemy horribly to death.

While using the mortar, it cuts to the token modern shooter sequence in which you fire from above with a computerized targeting system that highlights all the enemies as white blobs. And funnily enough I remember saying about the Modern Warfare games that this sequence really illustrates the unpleasantness of it all, reducing thinking human beings to blips on a computer screen that you shoot at until they disappear. It seems Spec Ops agreed. At the end of the sequence you see a whole cluster of white blobs in one place, and think to yourself “Oh, that must be where the main bulk of the enemy forces are entrenched. Hideous flesh burning substances away!”

And then, as we all of course know, it turns out that that cluster of white blobs was a group of sheltering civilians. And then your NPCs yell at you and the most prominent victim is the hideously burned corpse of a mother clutching her young child. 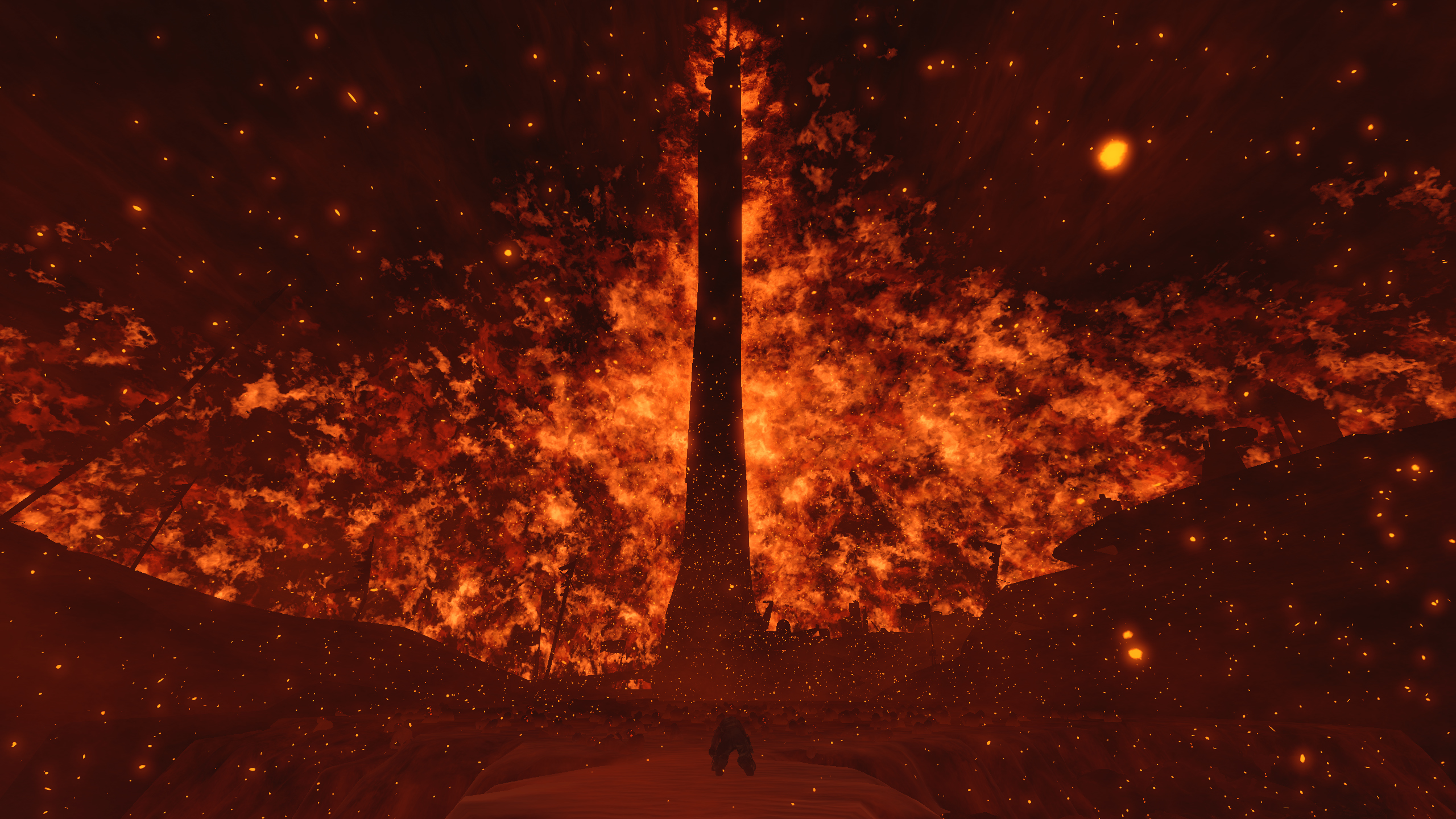 But the unimaginably horrible death of civilians alone wasn’t what made it get to me so much. I mean, I scrape far worse things off my basement floor most weekends. It wasn’t even the fact that it was unwittingly committed by the protagonist and by extension me. No, the most horrifying part of it was remembering what had been going through my mind at the time. Seeing all those white blobs and thinking “Oh boy! This’ll be just like getting three in one shot in Missile Command or something. Bombs away! I’m the best at shooters!” When the truth about what I’d done became clear, that was what made me feel sick. Not the gore, not the darkness in Walker, but the darkness in me. This, Roger Ebert, is how videogames can be profound.

I’ve heard some people say the demo didn’t impress and that they assumed Spec Ops would just be another generic war shooter. And I could see how you could get that impression from the game’s early bits. There are a couple of things that bode well for the writing – I particularly liked the Radioman and his habit of taunting you through pop music with appropriate lyrics – but it’s the white phosphorous scene that’s the turning point. The central character arc basically starts there. It sets off a downward spiral that doesn’t seem to have a bottom.

After a while I got the same feeling I got from God of War 3, that it seemed like all we were doing was fucking things up and that the heroic thing to do would be to stop playing and go to bed. The difference being that this was entirely intentional on Spec Ops‘s part. I had to keep playing to see how Walker’s arc was going to end. You see, after the white phosphorous incident I fast grew to dislike him as a character. Again, intentionally on the game’s part. The way he kept trying to keep a neutral attitude and convince himself he was acting perfectly reasonably was almost comical. I took some satisfaction from the way the cohesiveness of his unit broke down as his sidekicks called him out on his bullshit.

The final ending twist, that Walker had become delusional from guilt and that we could no longer trust large chunks of his version of events, seemed quite fitting after all that. Since I had already entirely lost faith in his humanity it seemed appropriate that the faith I had in his perception was also completely misplaced. Almost a relief, really, that I could feel even more distanced from the bastard.

I think what says it all about Spec Ops is that your final choice in the game is whether or not to shoot yourself in the head. And that you really, really have to think about it. There are some games or sections of games that end with the main characters death – see a distressingly large number of chapters in Modern Warfare games – and it usually feels like a gyp. The usual question that occurs is why you get a game over if you die in gameplay at any point before the cutscene death if that’s what the story had scheduled anyway. But sometimes it works. There are some character arcs that, when rounded out, can end no other way. Not satisfactorily, anyway. In Water is actually my favorite ending of Silent Hill 2. It’s sad, but it’s a satisfying, closure-y kind of sad that I think best fits the narrative arc they were going for.

In all Spec Ops endings that end with his survival, Walker himself expresses disappointment at his continued existence, so who are we to disagree? There is a certain line that, once crossed, means there can be no return. Oh wait. The Line. I think I see what they did there.

HK-51 Comes To The Old Republic