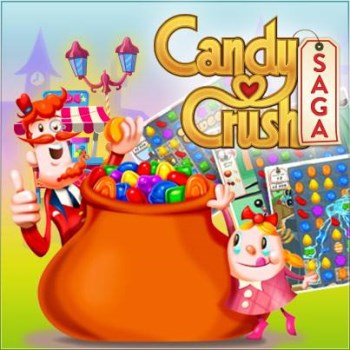 It’s been a rough couple of days for Candy Crush studio King, as its IPO stumbles and its “candy” trademark faces new opposition in Europe.

After weeks of backlash and bad press, Candy Crush Saga studio King gave up on its effort to trademark the word “candy” last month, saying that it’s acquisition of the rights to the game Candy Crusher, which it used to undercut a countering trademark claim by the maker of CandySwipe, provided adequate protection for its IP rights in North America. In Europe, however, the trademark claim remained, a point King specifically emphasized in its confirmation of the trademark application withdrawal in the U.S.

But now it’s facing trouble on that front too, as ZeptoLab, the developer of the Cut the Rope franchise, has filed to cancel the registration of the “candy” trademark in the European Union. ZeptoLab said in a press release that King is using the European registration, covering video games, video game services and clothing, as a basis to file trademark claims in other regions.

“Although they withdrew their trademark application for ‘candy’ in the United States in February, registration in the EU remains active,” the statement says. “If ZeptoLab’s legal filing is successful, all applications for the registration of ‘candy’ based upon the European Union registration will be dissolved.”

“Candy is an integral part of the Cut the Rope franchise,” ZeptoLab CEO Misha Lyalin said, “and we do not support King.com trademarking and preventing others from using it.”

In other bad news for King, its IPO didn’t go as well as the company had hoped either. It launched at $22.50 per share, square in the middle of the expected range of $21 to $24, but opened well below that mark in its first day of trading on the New York Stock Exchange at just $20.50 and slowly dribbled down to a close of $19, a loss of more than 15.5 percent over the course of the day.

See Bighead Thanos And More in This MegaCon Cosplay Gallery