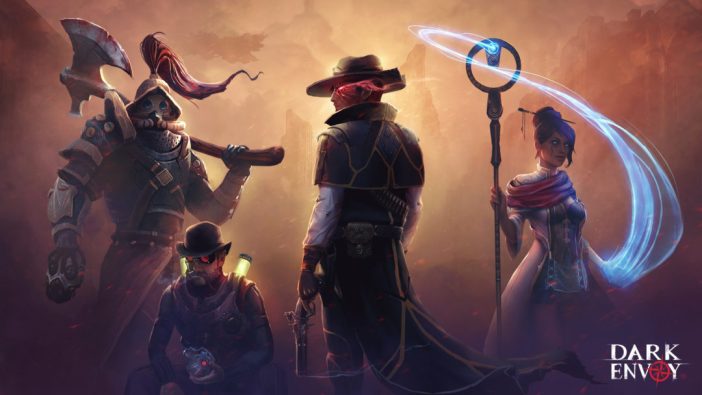 Event Horizon, the Polish studio behind tactical RPG Tower of Time, has announced their next title, Dark Envoy.

Dark Envoy promises to be a “non-linear RPG” that will feature a blend of exploration, real-time combat, and turn-based combat. The description of its trailer on YouTube calls it “a mix of the Divinity series, XCOM, FTL, Mass Effect and Dragon Age,” which sounds like a tall order for a team with one title under its collective belt. Still, Tower of Time was no less ambitious, and Event Horizon was certainly equal to that task. The studio has even continued supporting its debut title, adding casual “RPGlite” and hardcore “Permadeath” modes in January.

Dark Envoy‘s debut trailer certainly helps explain why it cast its net of influences so wide. Its opening shot alone features a steampunk airship, a barefoot cowboy, a bowler-hatted mad scientist, a medieval-style knight, and an electric sorceress. The remainder of the teaser consists largely of this motley crew of mismatched mates wreaking havoc on a series of masked goons, each in their own genre-appropriate manner.

The game will be on display at Gamescom in Cologne later this month. Expect more information around then.

Dark Envoy comes to PlayStation 4, Xbox One, and Windows in the second half of 2020.