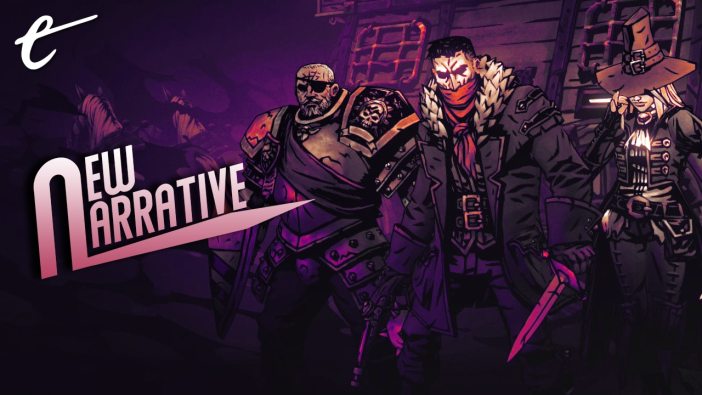 Paracelsus never takes off her plague doctor’s mask, it seems. I imagine the glass circles sewn into the leather beak must be misting up as she sits by the inn’s roaring fire, eyeing up fellow party members Audrey, Dismas, and Barristan like a stuffed bird. Then again, even if the inn is the only break the party will get for the next hour or so of gameplay – a chance to level up, heal, de-stress, and stock up before heading back out for another brutally difficult and at times frustratingly RNG-dependent run – it’s not the only warm place in Darkest Dungeon II.

The armored stagecoach that serves as the party’s transport and mobile headquarters has just carried it through a location that could easily pass off as one of the circles of hell, paradoxically wreathed in perpetual flame and an all-consuming darkness. It’s the result of a cataclysm involving a change to the planet’s axis, something that can apparently be addressed with a kind of reverse-Promethean road trip, as the stagecoach carries a dwindling flame of hope towards a lone mountain peak. Let it dwindle too much and, like in the first game, the darkness will buff enemies, de-buff the party, and lead to a faster accumulation of stress – a measure that can have more permanent negative gameplay consequences. Let the flame go out altogether and the game will spawn a group of elite enemies to decimate your party.

So perhaps Paracelsus is the only one maintaining a stiff upper lip, while her comrades-in-arms slump in their chairs with exaggerated exhaustion. Darkest Dungeon II retains the original’s dark graphic novel art style, but characters now come in full 3D and with a proper set of animations, even if something in their movements still suggests the first game’s wobbly heads and limbs.

Or maybe Paracelsus has just grown resentful of Audrey. The stagecoach might seem like a gothic horror take on the transport in The Banner Saga or Pyre, but it’s the relationship system that stands out as the biggest new idea in Darkest Dungeon II. In addition to the stress meter from the original game, which can drive characters to insanity, there is now a measure of their relationships with each other. Some actions, like healing and buffing, can lead to two characters becoming inseparable, granting additional bonuses in combat. Others, like stealing each other’s kills, can breed resentment, leading to penalties. 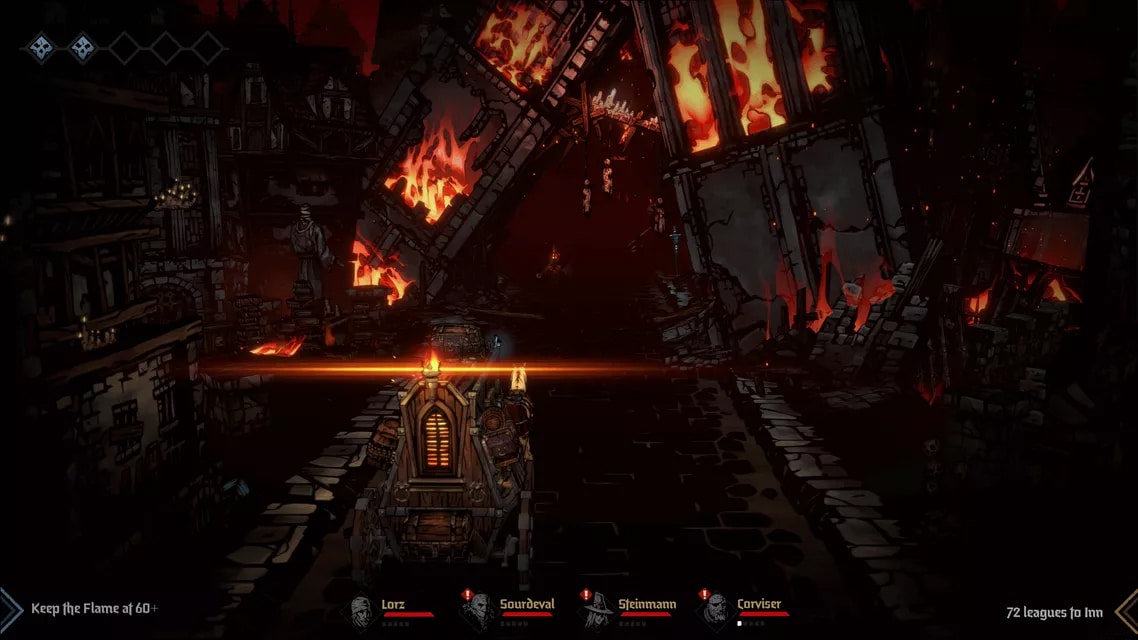 Darkest Dungeon II seems to understand that, while it’s a mix of different skills that makes for a balanced RPG party, it’s a mix of relationships that makes them interesting. The approach is reminiscent of the Nemesis system in Middle-earth: Shadow of Mordor and Shadow of War, which organically generated stories, including bespoke rivalries and tailored dialogue, from the interaction of a few basic properties assigned to the game’s multitude of orcs.

It reminds me as well of the analysis of mental states in terms of the function they play in cognition. On this view, a mental state is defined in terms of its causal relationship to some sensory input, other states, and some behavioral output. In other words, it’s an operationalized view of mental life, and there is a sense in which Darkest Dungeon II attempts to simulate a mental life for its characters by operationalizing their relationships with each other. 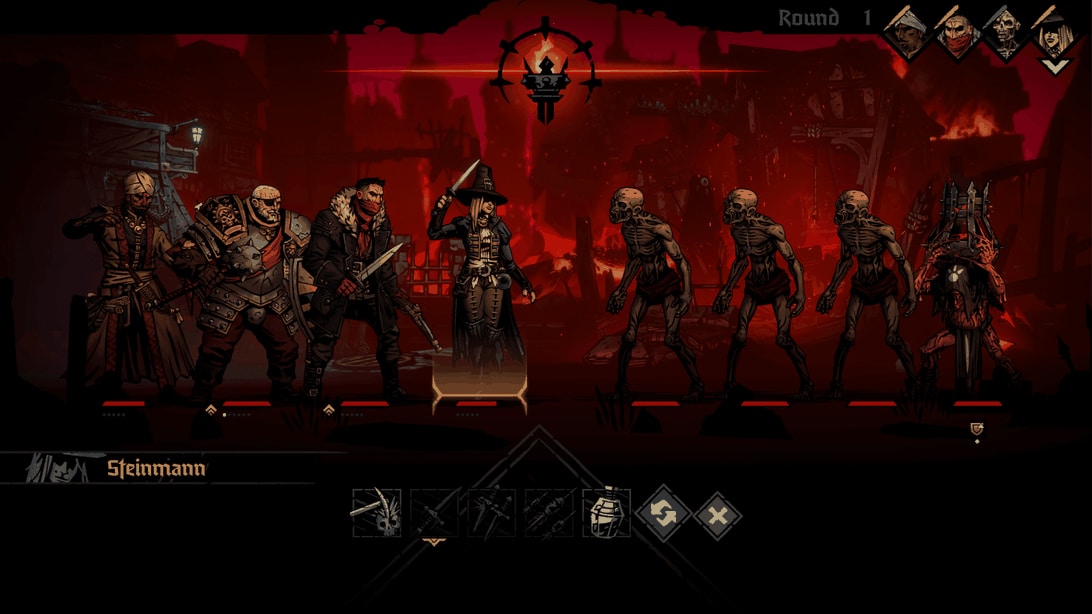 The trouble is that no one will be long fooled by a single binary scale that measures positive interactions in orange and negative ones in blue, supplemented with occasional bits of flavor text like, “I’m comforted near you.” As BioShock creator Ken Levine suggested in an EGX talk back in 2017, the idea of a convincing emergent story is dependent on a multitude of small-scale reactive systems that underpin every aspect of the game’s narrative design. Otherwise, unlike the scripted complexity of something like the love triangle between Geralt, Triss, and Yennefer in The Witcher 3, there is only so much narrative mileage to be squeezed from a recurring animation that declares that a relationship is being tested for a lasting positive or negative outcome.

The relationships, at least in the current build of Darkest Dungeon II, are also amusingly fickle. Characters that are supposed to band together against the great evils of the cataclysmic landscape will instead turn on one another for the slightest infringement the way a competitive multiplayer lobby might turn on a low-scoring player. Darkest Dungeon II often feels like it has some of role-playing games’ most dysfunctional party members since HK-47 defined love in terms of long-distance assassination or Harrier Du Bois woke up from his hangover.

That’s not to say it’s a bad system. Taken alongside Darkest Dungeon II’s various other mechanics, relationships are an enjoyable enough distraction that shows a lot of potential for something deeper – it is worth remembering that the game is currently in early access. And it is perhaps unfair to raise the specter of the Nemesis System, which was designed by a AAA studio, in the context of an indie production. Doubly unfair, really, to suppose that it could somehow tackle the thorny and long-standing problem of operationalizing mental states. Nonetheless, it would be nice to see the system broadened and stabilized in future updates.