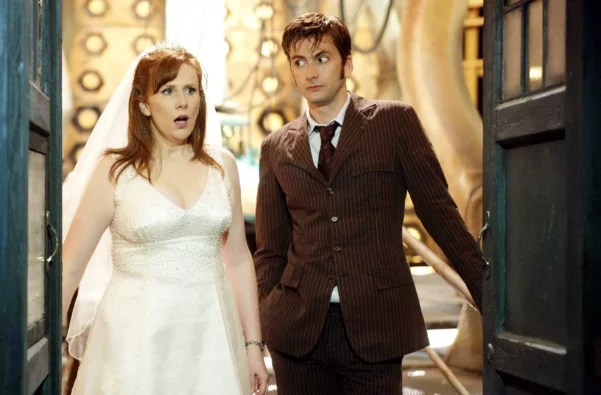 Allons-y! We got big news last week with the casting of Ncuti Gatwa as the 14th Doctor in Doctor Who, but it appears returning showrunner Russel T. Davies was not done dropping bombs. Davies is getting the band back together as Deadline is reporting that David Tennant, the 10th Doctor, and Catherine Tate, one of his companions and eventually a kind of Doctor herself, will be returning for the upcoming season of Doctor Who.

There are no details about how this backward-looking return will occur, though it will happen sometime next year as the series celebrates its 60th anniversary. Doctors returning for the show’s anniversary (or random other reasons) isn’t something new. The “classic” series featured Doctor team-ups a few time to celebrate anniversaries. Most notably, the 50th anniversary special saw David Tennant and Matt Smith, the 11th Doctor, team up with a previously unknown incarnation, the War Doctor.

“It looks impossible,” said Davies, “first, we announce a new Doctor, and then an old Doctor, along with the wonderful Donna, what on earth is happening? Maybe this is a missing story. Or a parallel world. Or a dream, or a trick, or a flashback. The only thing I can confirm is that it’s going to be spectacular, as two of our greatest stars reunite for the battle of a lifetime.”

Davies and Tennant helped turn the new era of Doctor Who into a worldwide sensation and launched Tennant into superstardom. His run with Tate as his companion was beloved by fans despite its incredibly tragic and heartbreaking conclusion. Now Davies just needs to convince his other Doctor, Christopher Eccleston, to return as well.