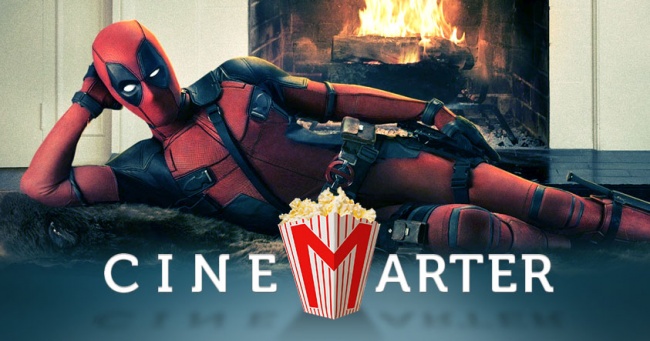 Deadpool marks the sixth time Ryan Reynolds has played a superpowered individual in a film. Out of the previous five attempts, not a single one really worked – with the possible exception of the few minutes at the start of X-Men Origins: Wolverine, in which he played Wade Wilson. The movie wasted that performance and turned the character into a silent antagonist, but the couple of scenes near the beginning were golden. Reynolds has, after all, been trying to get a Deadpool feature film off the ground for years. Now it’s finally happened, with Reynolds both producing and starring in a film that promises to be much more like the Deadpool found in comic books and less like the Weapon XI atrocity that most people would rather not talk about.

What, exactly, does that mean? Well, if 2016’s Deadpool is to believed, it means that the humor will be decidedly juvenile, the dialogue will be profane and filled with sexual innuendos, the violence will be over the top and bloody, the story will be unbelievably generic, even as far as superhero movies go, and Deadpool will break the fourth wall more often than he actually fights people. If that sounds like the Deadpool you know and love from the comic books, well, you’re going to love this movie.

The story? Good-guy mercenary Wade Wilson (Reynolds) falls in love with a woman named Vanessa (Morena Baccarin). They spend a significant amount of time together, but find their love cut short when he’s diagnosed with terminal cancer. Wilson decides to undergo an experimental treatment designed to unlock his “mutant genes,” which make him immortal and self-healing, but also ugly. A betrayal occurs, Wilson is left for dead, but he survives and vows revenge. He can’t even reunite with his lovely Vanessa now; he’s too ugly. 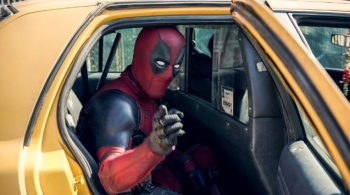 You’ve seen this story before, or it certainly feels like you have. It’s basic, but that’s fine; it’s an origin/revenge story, and you’re not really here for the plot anyway, right? You’re here to watch Wilson dress up in a cartoonish red suit, curse like a sailor, make jokes that are either self-referential or unbelievably juvenile, and then slice up some bad guys. All of that happens here. It’s hard to leave the cinema disappointed at a movie delivering everything that you expect, even if in doing exactly that it ignores what could’ve made it even better.

For starters, Deadpool has only two sustained action scenes, and they’re not the most impressive things out there. The first half of the film is mostly just flashbacks, telling us how Wilson got into this situation. Deadpool basically can’t be killed, and he’s not taking things seriously at all, so why should you? The action is bloody and certainly earns its R rating – if not with its violence, it does with its language and sexual content – but it’s technically bland and almost impossible to invest in. The only stakes come when Vanessa inevitably gets kidnapped – because that’s not an overdone trope – and even then the film doesn’t really do much to make us care.

Deadpool is a generic superhero movie given a fresh coat of red paint that happens to spell out a four-letter word.

Deadpool had all the opportunity in the world to make us care, too. At its core is a pretty sweet love story – no, seriously – and if that was given more focus, the climactic action scene would feel like more than a farce. But that’s out of the film’s depth, and I can completely understand why the filmmakers didn’t want to go there. This is a film you watch for a few good mocking laughs. You’re not here for emotional depth. You want to hear Ryan Reynolds mock Green Lantern a few times. Bringing in emotional resonance might ruin the light, jokey tone of the film.

Another missed opportunity comes from its supporting hero cast. Two X-Men, Colossus (Stefan Kapicic) and Negasonic Teenage Warhead (Brianna Hildebrand), show up to assist Deadpool, while also giving him other characters to play off. Colossus is the stand-in for “generic superhero,” who wants to convince Deadpool to join the X-Men, while Negasonic Teenage Warhead is a snarky teenager who’s already outgrown Deadpool’s routine. Both of these character types offered so much potential, but they don’t show up until more than halfway through the film, and even then they don’t get a whole lot to do – especially in this regard.

I feel like I’m being way too negative here. I wager it’s because there isn’t really a whole lot to the film, which means you’re going to find problems or missed opportunities if you start looking. Most of these don’t become issues while you’re watching the film. Most of what comes out of Deadpool’s mouth is humorous – he’ll get a lot of chuckles and a few big laughs – the action is violent enough to make it feel different from most other superhero movies, and … that’s about all you need.

Ryan Reynolds has been trying to get a Deadpool film done for what feels like forever, and now that it’s here, I can see why. This is the perfect type of role for him, letting him showcase his natural charm and wit. He fits perfectly. None of the supporting cast can live up to him, nor are they given anywhere close to enough to do in order to even attempt it. Everyone’s fine – Brianna Hildebrand and Morena Baccarin are most noticeable – but Reynolds is clearly the star.

Deadpool is a generic superhero movie given a fresh coat of red paint that happens to spell out a four-letter word. You’ve seen it before, it doesn’t do anything new, but it has the energy, humor, and violence to make it worthwhile. It’s not trying to be anything more, which is unfortunate as there are a few areas in which it could have improved and made itself into a genuinely great film, but it’s got a tone and a low standard to achieve – and it does both just fine. It’s fun, it’s funny, Ryan Reynolds is great, and it’s worth seeing.

Bottom Line: Hindered by limitations it placed upon itself, Deadpool is still a very fun, very vulgar movie. It gets the character, and that’s what it needed to do.

Recommendation: Like Deadpool as a character? Like a lot of jokes, many of which are of the dirty variety? Like R-rated superhero violence? You’re in the right place. Go see Deadpool.