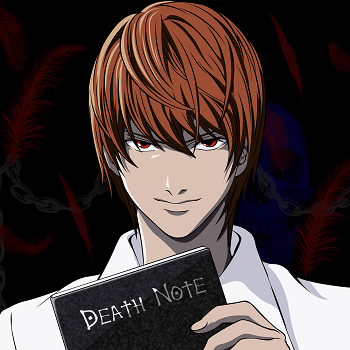 It looks like the American adaptation of the manga classic won’t be opting for a family-friendly approach to its source material.

Adam Wingard might be one of the most promising directors in Hollywood right now. In addition to the pair of critically-praised horror-thrillers he’s already got under his belt — 2011’s You’re Next and 2014’s The Guest — he’s also been pegged as the man who will direct the American adaptation of Hoon-jung Park’s revenge masterpiece, I Saw the Devil, (though no release date for the project has yet to be announced).

So when it was announced that Wingard would also be directing the live-action adaptation of the Japanese manga classic Death Note, expectations were high to say the very least. While the booking of relative newcomer Nat Wolff in the film’s lead role wasn’t much cause for concern, fan’s of Death Note have been expressing interest in one facet of the movie in particular: it’s rating.

You see, like many manga stories, Death Note delves into some dark, dark subject matter. Based on writer Tsugumi Ohba and illustrator Takeshi Obata’s story about “a high school student who happens to discover a supernatural notebook that allows him to kill anyone simply by writing the victim’s name,” Death Note is the kind of movie that simply wouldn’t work with anything less than an R-rating, and thankfully, it looks like the team behind the American remake will be delivering just that.

In a recent interview at DICE 2016, Death Note producer Roy Lee put the worries of the manga’s bloodthirsty fans to rest, stating, “It’s definitely for adults. It is zero chance it will be below an R-rating.”

Although Wingard has demonstrated a mastery of framing intricate death scenes and a brilliant aesthetic eye to boot (just check out the ending sequence of The Guest if you don’t believe me), the young director has yet to helm a film that deals with the supernatural overtones of Death Note. According to Lee, however, the upcoming adaptation won’t attempt to disguise Wingard’s greenness in this regard behind a wall of terrible CGI effects, either.

“(Death Note) will be one of the first manga adaptations that feels very grounded but still has fantastical elements,” continued Lee.

Considered to be one of the all-time classic of manga, Death Note has already been brought to life in the form of an animated television series which ran from 2006-2007 and a trio of live-action movies released in Japan in 2006-2008. The series itself has sold over 30 million copies to date.

How To Keep Cosplay Obsessions Healthy